Henry Overman argues in favour of reforms to planning laws that take a long term outlook, and that sorting out the supply side is fundamentally important. One way that this can be done is by changing policy on building the Greenbelt. The current policy severely hampers the ability of towns and cities to adjust to fundamental structural changes.

Politics aside, last week’s reshuffle reinvigorated debate on a number of policy issues, including the possibility of further planning reform (and some announcements of shorter term measures).

I confess to being somewhat surprised that the government appears willing to reignite debate regarding longer term reforms. After all, they have just emerged from a bruising battle over their previous proposals and this clearly remains risky territory for the coalition. It is widely recognisedthat the politics are bad but it’s less widely realised that the economics aren’t that great either. Sorting out the supply side of the market is fundamentally important long term, but it won’t do much short term unless the government can come up with an effective way to boost demand. On the latter, late last week the government announced a range of initiatives – central among these a decision to underwrite construction, plus some temporary changes to planning regulations.

The decision to underwrite £10bn of construction is arguably the more substantial intervention, although it received much less coverage than the planning-related measures. It might well help somewhat, although this is only a 25 per cent increases on the £40bn, for shovel-ready infrastructure projects, already announced earlier this year. It is clear that we are not yet feeling big positive effects from that much larger announcement.

There was considerably more discussion on whether relaxing planning laws will help kick start construction. My feeling is that they’ll help a little but not necessarily a lot. Temporarily removing the need to reach agreement on section 106, e.g. to provide affordable housing, will lower the cost of development. To the extent this raises profitability some currently marginal sites may end up getting developed. The fact that the lifting of restrictions is temporary may also have some effect in shifting forward projects that would otherwise have occurred later. One would expect the removal of the need for planning permission on extensions to have a similar effect on the (relatively) small number of projects that would have struggled for permission under the existing rules.
In the short run, however, critics are surely right that the effects are likely to be limited if problems are more to do with demand conditions and the availability of financing.

That said, I find myself increasingly troubled by the argument that the number of sites with planning permission (enough for 400,000 homes we are told) somehow proves that the planning system is not part of the longer term problem. First, many of these sites will be in areas that always had low demand. This is because the UK planning system is incredibly unresponsive to price signals. So it is no surprise that these sites aren’t being developed now demand has fallen dramatically. Second, when those sites are in relatively high demand areas, developers still have strong incentives to hold on to sites, because they know that the long term trajectory of house (and hence land) prices in those areas is upwards. In other words, holding sites becomes more sensible as the gap between current price and future expected price increases. And why do developers expect prices to increase more in the long run? Partly because demand will recover, but partly because the planning system continues to restrict the supply of land in places where demand is highest.

In terms of the longer term reforms it is a little depressing, although not necessarily surprising, that the government may need a second take on this so soon after its previous reforms. There were a number of us who welcomed the direction of those reforms (particularly in providing incentives for local communities to say yes to development) but worried that the supply effects were more likely to be negative than positive – particularly given the decision to maintain so many constraints on development.

The failure to address those constraints left the fundamental problem untackled – the planning framework remains backward not forward looking. The country has a growing population and changing industrial structure and yet the reformed framework works to limit us to living and working within an urban footprint that we inherited from the 1940s (if not before). This is particularly evident in terms of policy towards the Greenbelt. Towns expand in to cities by building on countryside and merging with outlying towns and villages. We are told that the Greenbelt policy is specifically intended to prevent this. In other words, the urban system we have now is what we have to work with. This severely hampers the ability of towns and cities to adjust to fundamental structural changes. It assumes that places can expand only by recycling old land, but many of the places that have strong growth potential are not existing cities. They are often smaller towns with relatively little land to recycle. In short the planning system remains overly focussed on redevelopment rather than new development. I understand the politics behind this (c.f. the natural trust) but the restrictions come at a cost in terms of higher house prices and lower economic output.

So critics are right that these reforms may do little in the short run. But they are wrong to suggest that the availability of sites with planning permissions somehow suggests that supply is no longer the major issue in the medium to long term.

Henry Overman is Professor in Economic Geography in the department of Geography and Environment at the London School of Economics and director of the Spatial Economics Research Centre since April 2008. 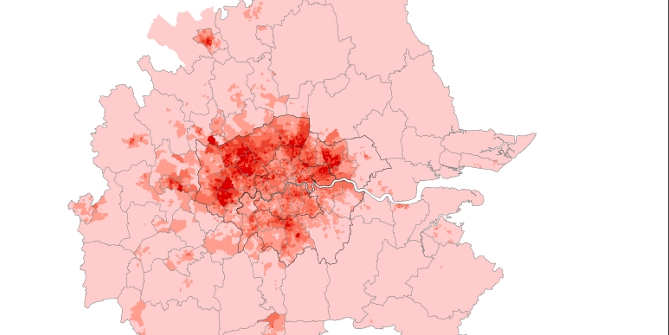