Sajid Javid, the government’s new Business Secretary, has just announced proposals aimed at curbing the power of trade unions and weakening their ability to fund the Labour party. Steve Coulter argues that, in an environment of benign industrial relations, the motive for the Bill can be seen as largely political; the move will aggravate the fault-line in Labour between its Blairite and Leftist factions as the leadership election approaches.

This week the government published a Trade Union Bill that’s already being dubbed the most far-reaching change to industrial relations since, well, the heyday of the last majority Conservative government in the 1980s. So why the big fuss? Isn’t this just what free-market Conservative governments do once they are released from the shackles of coalition, or is something else afoot?

The Bill is certainly ambitious and far-reaching. It proposes, among other things, to tighten up rules on strike ballots so that a 50 per cent turnout is required for industrial action. In essential services at least 40 per cent of those eligible to vote must give their assent. Time limits will ensure industrial action is limited to the original dispute and not extended to other matters, and firms will be able to bring in agency workers to cover for strikers. The Bill also enforces an ‘opt-in’ for political donations, which is sure to hit the financing of the already cash-strapped Labour Party as unions provide over two thirds of its financing.

Why is this happening now, and is it part of a wider assault on the trade unions? On the face of it, the timing and content of the Bill suggests a naked desire for confrontation. Arguably the last thing the tightening UK labour market needs right now is a government-inspired fight with the unions. With employment at a record high of 31 million, employers are already complaining of skills shortages and this is no longer confined to the usual suspects of construction and manufacturing. Private sector pay, after years of stagnation during the recession and protracted recovery, is picking up fast as firms are increasingly forced to fight for staff. In such circumstances employers are unlikely to welcome a more confrontational bargaining environment.

Moreover, it’s not even as though industrial relations are notably poor and in need of repair. This is perhaps the key contrast between now and the Thatcherite 1980s. Putting aside the recent tube strikes, industrial relations in the UK are remarkably good. Strike days peaked in 2011 as austerity-inspired public sector stoppages reached their climax, but they fell back again to a quarter of a million the following year and remain a tiny fraction of the 27 million days lost to industrial action in 1984. The TUC, which naturally condemns the Bill, points out that allowing firms to bring in agency workers to break strikes will put employers in a difficult position and upset what may previously have been amicable workplace partnerships.

Of course, Conservatives naturally favour labour market flexibility and the governments’ fragile majority obliges it to get contentious legislation onto the statute books sooner rather than later. Indeed, one of Cameron’s key demands on EU renegotiation is understood to be securing opt-outs to employee protection agreements – another move that’s sure to enrage the unions. On the other hand, the recent Budget announcement of a living wage, albeit quite low and envisaged partly as compensation for phasing out working tax credits, speaks to a different kind of conservatism.

As is usually the case with Cameron and his ever-calculating Chancellor, George Osborne, the motive for the Bill is also in large part political. Imposing restrictions on Labour’s ability to fundraise from union members is the most obvious attack on the opposition. But much of the government’s political strategy revolves around posing awkward questions for Labour, and this is no exception. The two front runners for the vacant leadership – Jeremy Corbyn and Andy Burnham – are on the Left of the party and have the endorsement of the increasingly militant Unite union, the UK’s biggest. This gives them access to campaigning resources and considerable political support within the Labour family, but at a potentially significant cost in the national political arena where the Conservatives will use such an association to paint either man as extreme and too close to union vested interests.

The Bill will go through parliament in September – just as the Labour leadership campaign reaches its climax – thereby aggravating the fault-line in Labour between its Blairite and Leftist factions. Candidates will be forced to take positions on strike ballots, welfare cuts and public spending that the Conservatives hope will either split the party or enable it to paint the winner as Miliband Mark II.

With such a rich prospect of political strife in store for Labour, it’s therefore no wonder the government is tempted to poke the stick into the union beehive, even at the cost of upsetting what is currently, to the credit of both unions and employers, a remarkably benign industrial relations environment.

Steve Coulter is LSE Fellow in the Political Economy of Europe in the LSE’s European Institute. He is the author of ‘New Labour Policy, Industrial Relations and the Trade Union’, published by Palgrave. 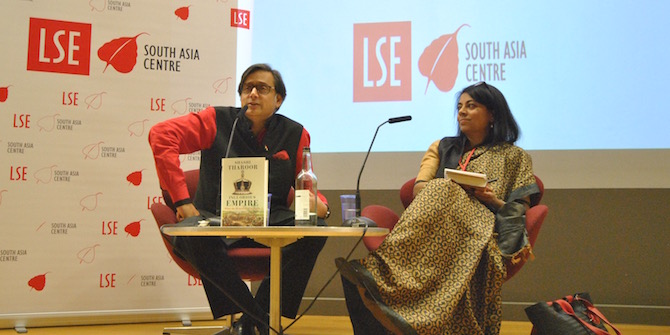 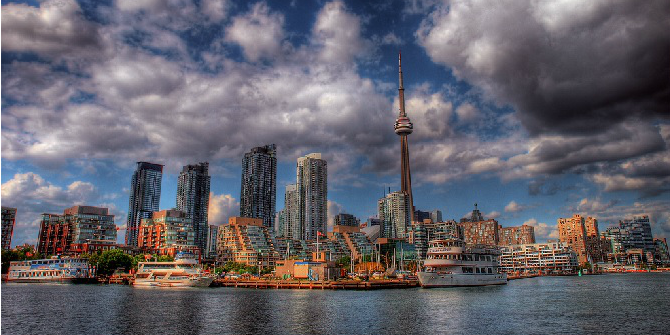