Care services have increasingly become personalised, tailoring services to individuals’ needs rather than fitting individuals into existing service provisions. By comparing the cases of Norway and England, Karen Christensen and Doria Pilling analyse whether personalisation policies are impacted by the political context. They find that while the English are more politically accepting of ‘the market’ and Norwegians have a more statist approach, the discourses do cross in practice.

Over the last few decades, ‘independence’ has gained a high status in long-term care services for disabled and older people. While new public management ideas have pressured from above, the disability movement based on the independent living ideology has contributed to this from a grass roots level. This has provided the ideological grounds for changing the role of service users from passive dependent recipients of welfare services to active and more independent citizens.

Increasingly, the users are expected to want to influence the services they are allocated. The policies of personalisation within social care are rooted in these ideas about independence, active citizenship and more choice and control. Services are to be tailored to individuals’ needs rather than fitting individuals into existing service provisions. Our case for the discussion is the ‘cash-for-care’ arrangement used in many European countries, which gives people an allocation of funding to meet their needs, making them employers of their own care workers, called ‘personal assistants’ because they are supposed to assist independent people.

In a recent work, we analyse the impact of context on these personalisation policies by providing a comparative policy analysis using two different European welfare regimes: Norway and England. In Esping-Andersen’s terms, they are in the main characterised respectively as social democratic and increasingly liberal. Our question is: what difference does it make whether the policies of personalisation are implemented in a social democratic or liberal context?

Citizen or consumer – a democratic and market discourse

Inspired by Newman and Clarke’s 2009 analysis of ‘public’ and ‘publicness’ and their focus on so-called ‘discursive chains’ – i.e. summarising coherent key institutions and factors – we suggest, theoretically, a point of departure in a citizen=rights=state chain for Norway and a consumer=choice=market chain for England. While the two chains essentially have in common the idea of strengthening individual freedom, an important difference, according to the two welfare regimes’ very different approaches to the state, is that one way of gaining more individual freedom goes through the state (Norway) and another through the market (England). The chains, therefore, represent respectively a democratic discourse based on a citizen role of the user, making the state and rights central, and a market discourse based on a consumer role, stressing rather choice and a free market.

When analysing the conditions for the development of policies of personalisation we find some striking similarities between Norway and England. They both, through legislation and key policy documents (in England, Griffiths’ 1988 report is central) facilitate what we call welfare services at an arm’s-length. This means that the municipalities in Norway and local authorities in England are obliged to provide cash-for-care services, but they are not obliged to provide personal assistants or other care services in-house.

However, important differences between the two countries remain. One is that this development took place at least a decade earlier in England. Another is that there is a much stronger English political faith in the market. While in England in 2010-11 two-thirds of English local authorities’ expenditure on adult care services was external, in Norway less than one tenth of the social sector’s long-term care services were purchased externally. A further important difference is that in Norway a very homogenous external support provider situation has developed with mainly one (user-led) organisation (the cooperative Uloba), outside the municipalities, for almost a decade providing support to cash-for-care users, a few for-profit companies taking this role only recently. In England, in contrast, support is provided by a large number of heterogeneous organisations, mainly non-profit. Simultaneously, a heterogeneous care market has developed, including a huge number of for-profit organisations, which can provide personal assistants for cash-for- care users, as well as traditional care services. We find that these different ways of interpreting and implementing cash-for-care explains why there is a strong focus on strengthening people’s control of their services in Norway, while in England the focus is on money and budgets, that is, the cash-part of their cash-for-care services.

While the separation of a democratic discourse, comprising a citizen=rights=state chain and a liberal consumer=choice=market chain, makes sense ideologically and theoretically and also represents a good point of departure for the analysis of a welfare scheme within different welfare regime contexts, we find that the policy when implemented in practice is complex. In Norway, contrasting with expectations of a democratic discourse, there is so far no citizen right to cash-for-care. There is only a right to be assessed for eligibility for cash-for-care services, though the assessment is based on needs only. It means, in the end, that it is the Norwegian municipality that decides the kind of services people are allocated: traditional home help services or cash-for-care services aiming at more choice and control.

In contrast, in England, there is a right to cash-for care but the assessment is based on both financial circumstances and eligibility of needs. Further barriers are then created by the care market which gives people varying kinds of support, with a majority actually managing the legal and financial aspects of employing personal assistants on their own. In other words, the English market case variant seems to borrow the ‘right’ from the Norwegian democratic discourse and the Norwegian case borrows the ‘choice’ from the market discourse. The latter creates a more supportive context for gaining control of everyday life, when allocated cash-for-care services.

This way, the discourses cross each other, and the actual risks related to this – the boundaries of these policies – are on one hand a ‘Norwegian’ risk of developing the paternalistic bureaucratic model too far, and on the other an ‘English’ risk of developing high inequality between those who can manage the services on their own, maybe because they have helpful relatives and extra financial resources, and those vulnerable disabled and older people to whom the whole arrangement, rooted in the idea of independence, only creates more challenges in their lives.

The Norwegian case suggests that it may be possible for choice and control for service users to be realised without a large market (for-profit and non-profit), as is often presumed to be a requisite in England. While too much responsibility may remain with the Norwegian municipalities, in the sense of deciding on the type of services to be allocated, it may be removed too far from the local authorities in England in terms of providing support and maintenance of standards of services.

Note: This article gives the views of the authors, and not the position of the British Politics and Policy blog, nor of the London School of Economics. Please read our comments policy before posting. Featured image credit: British Red Cross CC BY 2.0

Karen Christensen is professor of sociology and currently Head of the Department of Sociology, University of Bergen, Norway. During her career she has researched and published in areas such as modernisation of social care services, new welfare service relationships, care policy practices, disability and independent lives and comparative social policy. Her most recent book is Migrant care workers searching for new horizons, co-written with Professor Ingrid Guldvik (to be published by Ashgate 2014)

Doria Pilling is currently an Honorary Senior Research Fellow at City University London. While at City University she led many evaluations of projects designed to provide better employment opportunities for disabled people, as well as studies of disabled people’s experiences using the Internet, communication needs of people with hearing impairments, carers’ needs and case management. Previously at the National Children’s Bureau she carried out a major study of the factors that enable some children to escape as adults from a disadvantaged background, using members of the National Child Development study (NCDS), a longitudinal study of some 17,000 people born in 1958. 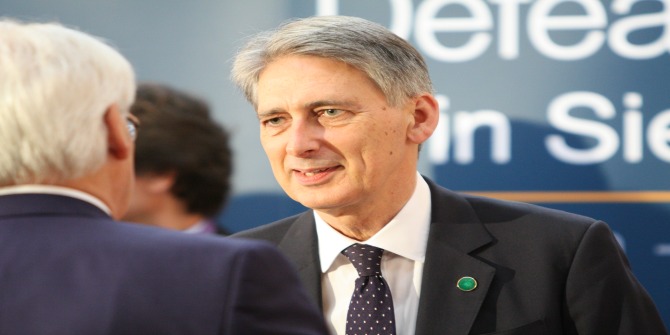