Barry Loveday provides an overview of the state of policing in England and Wales. He highlights the severe impact of seven years of austerity on performance, and concludes that whether Brexit will ameliorate or worsen the situation remains to be seen.

In the 2017 PEEL Report HMIC have applied three strands to measure and assess policing performance in England and Wales: effectiveness, efficiency, and legitimacy. In doing so, they have arguably provided the most useful and critical evaluation of current domestic policing activity to come out of the Police Inspectorate to date.

The report also serves to highlight the very real dangers that have arisen from the government’s austerity policy particularly in relation to the eminent collapse of Neighbourhood Policing, a strategy to which the police service had, earlier, given almost complete support.

As has been argued most recently by the senior national coordinator for counter-terrorism, the rapid decline in local neighbourhood policing can also be expected to undermine effective counter-terrorism (CT) operations against Islamist and neo-Nazi attacks. These CT operations, he argues, remain ultimately dependent on local intelligence generated through the relationships and trust arising from local policing. But one consequence of reducing the police workforce by 18% (from 243,900 in 2010 to 200,600 in 2016) has been to recreate ‘response policing’ as the primary activity of the police service as declining police numbers can no longer sustain neighbourhood policing strategies. This will only be made worse by the projected loss of a further 6,000 officers by 2020 following further budget cuts.

A clear warning to government and the public

Yet these warning signals should alert government to the implicit dangers of undermining policing strategy through further reductions in public spending. Ironically, the current reality is that the political class are now unable to see events through anything but the prism of Brexit. Like it or not, Brexit – currently a cliff edge threat – remains the only show in town for Theresa May’s government.

This might be thought unfortunate if not surprising, as HMIC has presented within its report a valuable insight into the current strengths and weaknesses of police forces in England and Wales. Thus while HMIC have found that, in terms of efficiency and effectiveness, most forces had a good understanding of current demands on their services and provided a good service to the public (pp.47;52) problems were identified in some significant operational areas.

Not the least of these was the discovery that in some forces a large number of crimes were being effectively written off rather than being pursued to ‘an appropriate conclusion’ (p.47). Quantitative analysis also revealed that in England and Wales, 47% of investigations into recorded crime were closed without identifying a suspect, and that for violent crime the proportion closed without the identification of a suspect ranged between 3% and 53%. While this may only serve to emphasise the dependence of the police on information from witnesses and the public, it also demonstrated a variation between forces that was more difficult to explain.

Yet as noted within the report, one factor contributing to this problem is the current ‘national crisis in the recruitment of detectives’. While it is identified it is not explained. It therefore remains a matter of interest that detective work, once a highly-valued function within policing, is now actively shunned, so much so indeed, that the Met is now seeking to fill the gap by way of direct recruitment from members of the public. 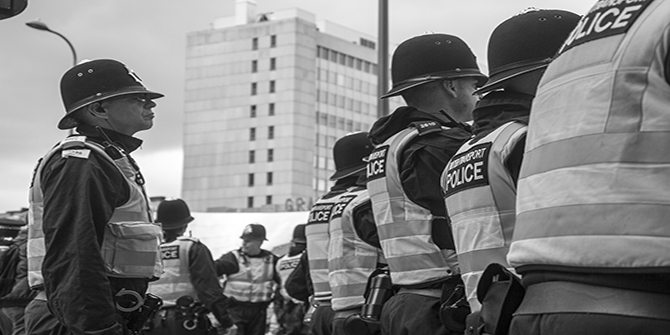 Direct recruitment may, however, begin to enable the police service to begin to respond to the changing profile of crime. So, while traditional acquisitive crime has fallen significantly over recent decades, this decline has in fact been more than matched by a rise in new crime types: fraud and cybercrime. Moreover, as public and business use of IT expands, this crime type can be expected to increase exponentially.

This is worrying as most police forces have failed to appreciate the nature of the change in criminal activity or its extent. This may have also reflected current inability among senior police leaders to adequately differentiate between police capacity and police capability. While police leaders can identify capacity issues reflected in police numbers or ranks, this rarely extends to capability which relates to organisational specialisms, workforce planning, or assessing future demands on the service. Where police forces have recruited new officers, many did so with only a limited understanding of the skills these officers needed to have (p.56).

The nature of the problem is highlighted within the report. Police forces were failing to keep pace with the way technology was changing people’s lives and experience of crime. While few forces were focused on developing the digital skills of either staff or officers, data from the ONS clearly demonstrated the extent of the new crime problem. ONS data showed that in the 12 months to June 2016 ‘at least’ 31% of blackmail offences, 45% of obscene publication offences, and 11% of stalking , harassment and child sexual offences, were committed online, in full or part’.

Yet while survey data showed that over 80% of the public thought online crime was a big problem, just over 40% ‘did not feel confident that their local police could deal with online crime’. This remains unfortunately a pretty accurate assessment and probably only reflects within police forces a limited understanding of the serious skills gaps which now characterise their own workforces.

While the report identifies a number of vulnerable groups, child vulnerability understandably receives much attention. It notes that a 2016 HMIC report, based on a child protection inspection of the MPS, proved to be the ‘the most severely critical that HMIC has published about any force, on any subject, ever’ (p.21).

Yet children are now growing up in a digital world where the experience of cyber bullying is frequent and the vulnerability to grooming and predation along with exposure to upsetting and damaging material is also widespread. This vulnerability is not being reflected in terms of the police response or priorities where the current generation of children are digital natives but senior police leaders ‘are at least two generations behind’ and are failing to recruit enough people with the right skills to police the internet.

In a detailed and far-ranging report, HMIC have also flagged up the current crisis in mental health care. It notes that the police as an emergency 24-hour service have been overwhelmed by mental health care incidents in the community – a problem exacerbated by the curious identification of police cells as ‘places of safety’ within the Mental Health Act 1983. Currently up to 40% of police time can now be spent dealing with these incidents which reflect the complete failure of care in the community as a strategy and the deliberate cuts in mental health provision made by many Health Authorities. As is argued within the report, the police cannot continue to cover for the failures of other public services. This again reflects the baleful impact of seven years of austerity pursued by government. It remains a matter of debate as to whether a soft or hard Brexit will serve to either ameliorate or just make this highly unsatisfactory situation much worse.

Barry Loveday is Reader in Criminal Justice at the University of Portsmouth.