Albert Sanchez-Graells reflects on the government’s proposals for the post-Brexit reform of public procurement law. Contrary to the goals of simplifying the system to foster innovation and value for money, he argues that the deregulatory proposals are likely to overcomplicate the system and increase the administrative burden.

Until recently, public procurement law and practice have rarely been at the forefront of public and political debates. The UK government’s procurement reaction to the pandemic continues to generate scathing reports—such as the most recent one on PPE procurement by the House of Commons Public Accounts Committee—and the emerging lessons show the need to strengthen this area of public governance. Against this background, it is timely to reflect on the government’s recent proposals to reform public procurement law in the Green Paper ‘Transforming Public Procurement’.

The Green Paper is presented as ‘an historic opportunity to overhaul [the UK’s] outdated public procurement regime’, ‘a dividend from the UK leaving the EU’, and sets out to deliver a much-touted ‘bonfire of procurement red tape’. The Green Paper is ambitious, seeks to transform procurement law and practice, and contains proposals that would alter a broad array of key elements of procurement regulation, such as procedural requirements, checks on the exercise of commercial discretion, or the oversight and avenues for legal challenge.

There are some useful proposals in the Green Paper, such as those seeking to ensure the timeliness of mandatory disclosures; the creation of a centralised information platform based on open contracting data standards and principles; an aspiration to enhance access to legal challenges with a focus on pre-contractual remedies rather than damages pay-outs; or more robust rules for the modification of contracts during their execution.

But there are also several major omissions for a document seeking to establish a comprehensive view of procurement law and the underpinning administrative architecture, such as the desired level of centralisation, cooperation, and specialisation of public buyers; the need to adopt a technologically robust platform for full cycle e-Procurement; or the interaction of the new rules with the possibility of deploying digital technologies to automate and enhance procurement governance.

A close analysis of the Green Paper reveals that there is very little truly innovative in its proposals. The paper is ‘bizarrely EU-centric’ and, with some limited but clear exceptions concerning the reform of procurement procedures, most of the changes advocated are either a small tweak or ‘correction’ of the current rules—which the UK had simply ‘copied-out’ from EU law—or policy positions that could have been adopted under EU law. In other words, there is very limited or no Brexit-related dividend to be reaped through the implementation of the Green Paper.

More importantly, its implementation would not only not be transformative, but also result in an overcomplicated regulatory infrastructure. The Green Paper seeks to create a ‘principles-based’ regulatory model with minimalistic statutory requirements and a significant ‘offloading’ of detailed rules onto guidance, which enforceability generates significant legal uncertainty. In seeking to minimise the scope of statutory regulation and exponentially increase the volume of guidance, the Green Paper would not only not reduce the overall regulatory burden, but also create risks of rule dispersion, regulatory opacity and complexity.

To boost the exercise of commercial discretion, the paper also seeks to create ‘limited but clear’ exceptions to its most crucial constraints, such as the requirements for contracts to be awarded based on the most economically advantageous tender, or the prohibition on the imposition of requirements not linked to the subject matter of the contract. The Green Paper does not formulate those exceptions but refers to future guidance. Unavoidably, a system based on rules and (limited) exceptions will generate more legal uncertainty than the current system. Such legal uncertainty could hardly contribute to an improvement upon the current situation.

Further, the Green Paper would create tensions and contradictions in the oversight and legal challenge model. On the one hand, it aims to ‘ensure that the new regulatory framework drives a culture of continuous improvement to support more resilient, diverse and innovative supply chains’, and ‘to establish a more innovation-friendly culture as well as practices among contracting authorities.’ Clearly, this could only happen if the regulatory system were one which created some room for experimentation, some tolerance for errors, and rewards for those embracing the new culture. On the other hand, the Green Paper seeks ‘to make a future [legal] review system quicker, cheaper and therefore more accessible to suppliers, with decreased impact on delivery of public services’. In that context, it is easy to see how the higher likelihood of legal challenge can create negative incentives for public buyers, which may be unwilling to experiment and innovate.

Another of the shortcomings of the Green Paper is the lack of governmental commitment to the proper and sustained funding of the training programme required to support its rollout. Although it recognises that the proposed reforms ‘will not in themselves deliver unless contracting authorities act to ensure their commercial teams have the right capability and capacity to realise the benefits’, the provision of a programme of training and guidance on the reforms is ‘subject to future funding decisions’. Arguably, the implementation of the proposals should be made conditional upon a binding commitment to a sufficient level of investment in training, in particular in the context of the uncertain economic circumstances ahead of us. Without such a firm commitment, the implementation of the Green Paper reforms would, at best, have little to no practical effect and, more likely, result in an increased burden for all agents involved, which would further erode the commercial capabilities in the public sector.

On the whole, the proposals are largely antithetical to its stated goals ‘to speed up and simplify [UK] procurement processes, place value for money at their heart, and unleash opportunities for small businesses, charities and social enterprises to innovate in public service delivery’. A substantial rethink is needed if the Green Paper’s goals are to be achieved and, more broadly, if the post-Brexit reform of UK public procurement is to deliver stronger accountability and governance mechanisms for this important area of expenditure of public funds, which is likely to become instrumental in delivering post-pandemic economic recovery plans.

Note: the above draws on the author’s article available here, to be published in the European Procurement & Public Private Partnership Law Review.

Albert Sanchez-Graells is Professor of Economic Law and Director of the Centre for Global Law and Innovation, University of Bristol Law School.

Photo by Cytonn Photography on Unsplash. 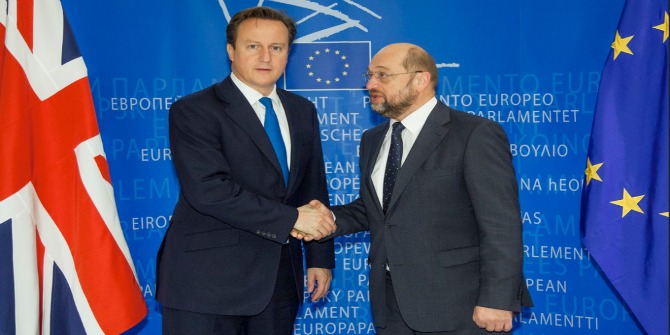