Following the sudden overthrow of President Ben Ali’s regime in Tunisia, a remarkable chain of events has rocked the Middle East and North Africa.  Mass demonstrations in Egypt, Yemen and Jordan  feel like the start of a profound shift in the regional political status quo writes Alex Glennie, although it remains to be seen whether they will turn into sustained movements for change.  But at the very least, this series of uprisings have challenged many of the truisms about the prospects for democracy in the Arab world, and should prompt British and other western policymakers to rethink their approach to supporting political reformers in these countries.

Scenes from Egypt over the past few weeks have been extraordinary.  On January 25, activists used the occasion of a national holiday to organise a demonstration against rising prices and unemployment.  Given the high levels of political apathy in Egypt, it was expected that hundreds or perhaps a few thousand people would participate.  Decades of authoritarian rule have crushed the spirit and organisational ability of political opposition movements, and have sapped what little faith Egyptians may once have had in the ballot box as an instrument of change.  Turnout in the 2005 presidential elections was estimated at just over 20 per cent of the population, despite the fact that voting in Egypt is supposedly universal and compulsory.

Analysts and media the world over were therefore taken by surprise when tens of thousands of Egyptian citizens took to the streets of Cairo, Alexandria, Suez and other cities in what is now being referred to as the country’s ‘day of rage’.  Over a week later, these protests show no signs of abating.  Instead they have multiplied in scale and brought a regime long thought to be immune to popular pressure to the brink of collapse.  At the time of writing, it seems unlikely that President Mubarak will stay in power for much longer.  Motivated by the success of demonstrations in Tunisia and encouraged by the army’s intimation that they will not use military force to deny the ‘legitimate aspirations’ of the Egyptian people, many protesters are vowing to remain on the streets until the President is forced from office and they have achieved genuine political freedom.

The inclusive nature of Egypt’s demonstrations – which have brought together Muslims, Christians and secularists, men and women, young and old – has confounded those who believe that Arab societies are too divided to rise up effectively against autocratic rulers.  It has also challenged the risible notion that democracy is somehow destined to bypass the Middle East and North Africa.  However, the future trajectory of the region’s politics is still unclear.  While events in Tunisia and Egypt suggest that the region’s ageing rulers may lose their monopoly on power (and the concomitant ability to choose who succeeds them), significant questions remain about the political configurations that will emerge in their place.

Western leaders appear particularly concerned about the boost this might give to the region’s Islamist movements.  Some commentators have already argued that these uprisings may lead to a repeat of the 1979 Iranian revolution, where the removal of the unpopular but secular Shah opened the door to theocratic rule and substituted one form of authoritarianism for another.  Speaking about the developments in Egypt, UK Foreign Secretary William Hague said that while it was not for foreigners to decide who ran Egypt, the UK would ‘certainly not want to see a government based on the Muslim Brotherhood’.  But comparisons to Iran – or to the Palestinian elections in 2006 that brought the Islamist Hamas to power – are not quite accurate here.  Two factors in particular caution against relying on these analogies.

First, the majority of protesters currently out on the streets of Cairo, Tunis, Amman and elsewhere are not coherent groups with religiously-motivated objectives.  Rather, they represent a wide cross-section of people who share concerns about more fundamental issues, including unemployment (particularly amongst the young), economic stagnation and poverty, endemic corruption and the lack of democratic channels to express their views on these issues freely.  Some of the most poignant comments on the current protests have come from citizens celebrating their ability to speak openly about the problems facing their societies for the first time.  Many of these protesters do not see Islamists as their natural interlocutors, and would not necessarily favour the rise of more ideologically conservative governments.

Second, while Islamist parties are the most organised opposition movements in some of the countries experiencing political unrest, their influence has waned in recent years.  In Egypt for example, the Muslim Brotherhood is no longer the homogenous organisation it used to be.  Its failure to achieve change through its limited participation in parliament has opened up splits in the movement, with some of its prominent members advocating a move away from formal politics and a return to grassroots social activism.  Young members of the Brotherhood have also shown signs of chafing against the ideological orthodoxy of their leaders, suggesting a movement in flux.  Indeed, the Brotherhood’s role in the wave of protests sweeping Egypt at present has been conspicuously low key, with spokesmen for the banned party pledging to work in coalition with all who oppose Mubarak’s rule.

These are nuances that western leaders should consider more carefully as they decide how to best to respond to the unfolding situation in the region.  Seeking to isolate mainstream Islamist parties like the Brotherhood should not be a policy goal for the UK and others.  It has not worked in the past and has only given rise to accusations of double standards and hypocrisy.  Rather, they should be among the representatives of opposition movements that are involved in discussions about political, economic and social reforms in the Middle East and Northern Africa region; not given special treatment, but included as normal political actors.  This would give credence to David Cameron’s claim to be in favour of ‘broad-based government including opposition figures that will produce real political change’ in Egypt and other countries.

Transitions to democracy are never easy, and will involve a herculean effort on the part of all those in the Middle East and North Africa who desire a fundamental change in the way their states and societies are governed.  The protests of recent weeks offer hope that this long-term process has started.  It is now up to governments and people the world over to offer reformers whatever practical support they can. 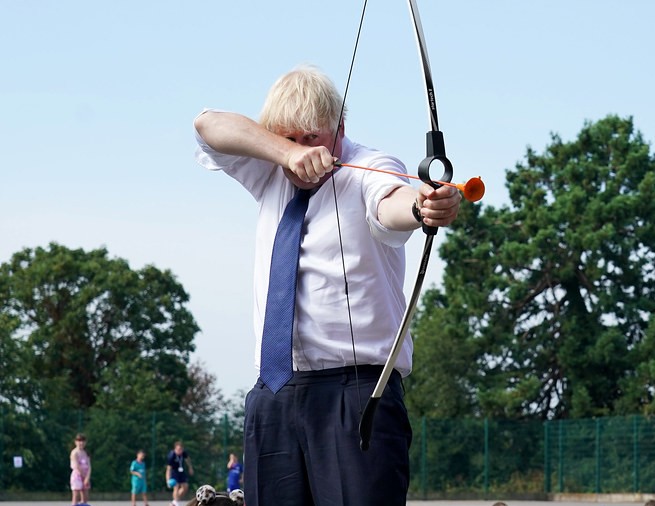