Following the publication of the government’s racial disparity audit, Kevin Gulliver gives an overview of such disparities in housing. Drawing on several studies on the matter, he explains the causes and suggests some of the solutions.

The Government’s racial disparity audit, built on data from a range of fields of inquiry, underscores the endurance of racial discrimination and disadvantage in Britain. From criminal justice, community and culture to employment, education and health, the audit confirms how ethnic minorities face injustice across the economy and society.

While compiling the audit is to the credit of Prime Minister Theresa May, there is very little that is new to researchers of ethnicity and public policy issues. A further failing of the audit is that solutions are thin on the ground in the Government’s response, since such solutions might require a radical rethinking of broader inequality issues, reversing of welfare reforms, and much more investment in social and affordable housing.

Studies of ‘race and housing’ issues stretch back to the 1960s. That racial disparities in housing have persisted for decades cannot be doubted, and is underscored by a raft of research over the past six decades, including a recent study by the Human City Institute (HCI). HCI’s research reveals that the level of housing stress in Black, Asian and Minority Ethnic communities (BAME) is much higher than for whites. Homelessness has grown massively in BAME communities, from 18% to 36% in the last two decades – double the presence of ethnic minorities in the population.

BAME households are also far more likely to live in overcrowded, inadequate or fuel poor housing than whites, according to the study and confirmed by the Government’s audit. What’s more, around a quarter of BAME households live in the oldest pre-1919 built homes. One in six ethnic minority families have a home with a category 1 hazard under the housing, health and safety rating system. And their homes less often include safety features such as fire alarms, which is striking given the recent Grenfell Tower tragedy.

Over-concentration of BAME households in the most deprived neighbourhoods in Britain’s cities, linked to poor housing conditions and lower economic status (some of Marmot’s ‘social determinants’) ensure negative impacts on health, culminating in lower life expectancy and higher morbidity rates among ethnic minorities. 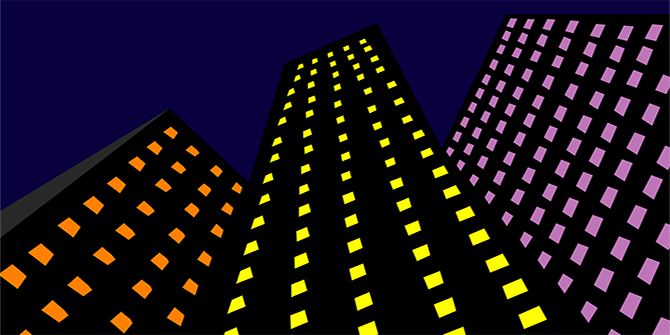 The impact of welfare reforms

The Government’s audit also fails to record the growing body of evidence that points to welfare reforms disproportionately impacting ethnic minorities. The roll-out of Universal Credit is having greater effects on the living standards of BAME people since a larger percentage experience poverty, receive benefits and tax credits, and live in large families. Larger household size also means that ethnic minorities are far more vulnerable to housing displacement because of the Bedroom Tax or subject to financial penalties if they do not move to a smaller home.

Race and social housing research probably began more than fifty years ago, when Rex and Moore published their seminal sociological study of race, community and conflict on an inner city neighbourhood in Birmingham. Discrimination in the private rented sector was already acknowledged, but this study established that BAME communities were disadvantaged in social housing too.

Subsequent research also highlighted that BAME communities had lower access to social housing because of the requirement for applicants to have lived in an area for a period of time before qualifying for housing – a residential qualification – which was indirectly discriminatory to more recent migrants.

BAME households were also more likely to wait longer for a housing offer, to be offered poorer quality homes, and flats rather than houses. Some housing officers were seen to be steering BAME applicants away from white neighbourhoods, based on judgments about social class as well as racial grounds.

Institutional racism has equally played a continuing role in perpetuating racial disparities in housing. Despite this, concerns about the housing circumstances of BAME people have receded in housing debates, abetted by a rapidly commercialising social housing sector and a consumerist approach to regulation since 2010.

Previously, social landlords (local councils and housing associations) were at the forefront of scrutinising their performance in providing housing opportunities to BAME applicants – through fair housing policies, ethnic monitoring, localised needs assessments, delivery of more culturally sensitive housing and services, racism awareness training for staff, and positive action to promote BAME staff to management positions. And yet, much of this is now history: residential qualifications have returned to the social housing system through the Localism Act 2011, and together with choice-based lettings, has restricted ethnic minority access to more delineated council waiting lists.

The BAME housing sector as a solution

One successful ‘race and housing’ experiment that sought, and continues to seek to bypass such barriers, was the creation of the BAME housing sector in 1986, during the premiership of Margaret Thatcher. The Government’s housing strategy for ethnic minorities aimed to improve the housing circumstances of ethnic minorities and enable their greater access to social housing. A further study by HCI with BME National, the representative body for BAME housing organisations, shows that, thirty years on, the BAME housing sector continues, even while under pressure from funding and rent cuts resulting from the Government’s austerity programme.

The sector is small – 70 organisations managing 69,000 homes, or 2% of the nation’s social housing – but remains crucial to racial equality. To illustrate this, just 17% of social lettings were made to ethnic minority applicants by mainstream social landlords over the last three years compared with over 66% by specialist BAME housing associations,

Offering advancement for BAME board members and staff is also a key feature of the sector. While only 7% of senior staff in the social housing sector are from an ethnic minority background, this rises to over 80% for BAME housing associations. Perhaps more importantly, the BAME housing sector enables ethnic minority communities to control assets, linked to neighbourhood investment to improve employability, training, health and wellbeing services that boost social mobility and life chances of ethnic minority people.

So one solution to redress racial disparities in housing would be for the Government to ensure that some of the new investment in social and affordable housing, announced in the Prime Minister’s conference speech, should be channelled to BAME housing associations.

Further ways to confront wider disparities that impact ethnic minorities would be to upscale neighbourhood regeneration funding to levels seen in previous decades; to ensure a more generous and more tightly managed roll-out of Universal Credit, to repeal such welfare reforms as the Bedroom Tax and the Benefit Cap, and to introduce a Real Living Wage rather than the present watered down version.

All of this would improve the economic and housing circumstances of ethnic minorities and go a long way to redress racial disparities identified by the Government’s audit.

Kevin Gulliver is Director of the Human City Institute, a Birmingham-based research charity.

Posted In: British and Irish Politics and Policy | Economy and Society | Fairness and Equality | Featured | Housing