Gordon Brown has received many negative evaluations for his tenure as Prime Minister.  Jim Buller and Toby James argue that some of this is unfair. When taking into consideration the circumstances and how he responded, a different picture emerges.

Gordon Brown has announced his decision to ‘stand down’ as MP and not contest the next election. Brown had largely stepped back from ‘front-line’ politics after leaving office as Prime Minister but entered the Scottish independence debate in its final throws by making the case that it is ‘better together’. He was quickly described as an ‘unlikely hero’ in many quarters. Although this over-states his contribution, his speech on the eve of the referendum, for some, saved the union.

In contrast, his premiership is often thought to have been a failure. Gordon Brown has taken flack from commentators, politicians and academics alike. In a league table of Labour party leaders since 1900, drawn up by former Home and Education Secretary Charles Clarke, Gordon Brown finished bottom. A survey of academics ranked Brown to be amongst the worst three Prime Ministers in the post-war period.  Gordon Brown was ‘not well-equipped for the highest office’ as he lacked the necessary skills, Kevin Theakston has concluded. Vince Cable quipped that Brown had made a conspicuous transformation from ‘Stalin to Mr. Bean’ as PM.

Yet is this fair? In an article just published in the journal Parliamentary Affairs we develop our earlier work on the statecraft approach as a method for how we can assess political leaders. We argue that it is important to factor context into our assessment of political leaders. Most political scientists would not disagree with this claim, no doubt, but few have provided detailed answers about how we can do this.

Our article highlights a number of problems in identifying the nature of the context that each leader will face. For example, many political scientists, usually preferring numbers, might instinctively want to measure the context using quantitative analysis. This might involve identifying different dimensions of the economy such as GDP, the inflation, unemployment. This takes us so far, but leaves unanswered questions. Are these indicators actually properties of the context and challenges that leaders face, or indicators of their success? Does it always follow that high unemployment, for example, will adversely affect a leader’s chances of re-election, or just it depend on the leader?  Might it offer them political opportunities? Does it depend on how they narrate the crisis or how it is narrated by others?

We argue that philosophical realism offers a useful way for thinking about the challenges that face political leaders. To cut a long story short, it is clear that leaders operate within contexts which can constrain them. But these contexts constrain each leader differently because of their unique characteristics and personal histories. 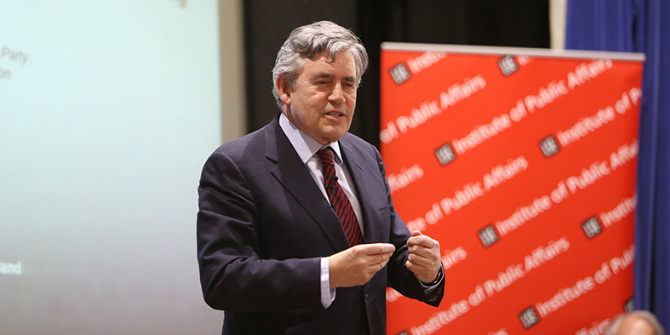 The most obvious and prominent structural challenge that Brown faced was the management of the British economy during the challenges of the Great Financial Crisis which emerged from 2007 onwards. This was a different electoral challenge for Brown than it would be have been for David Cameron, had he been in office at the time. Brown had built a credible platform for competent economic management based on the soundbite ‘the end of boom and bust’. Having fought to establish himself as the ‘iron chancellor’, he was always likely to find himself in electoral turmoil as the real economy crashed and crumbled.

How did Brown do? Labour lost the 2010 general election and Brown led them to their worst result since 1983, for which he must take some responsibility. Much of this was the result of poor party management and his handling of the ‘snap election’ that never was in 2007. Brown, as one of the key architects of the New Labour project, must take some responsibility for making the UK economy exposed to such an international crisis.

However, in other ways, Brown’s attempts to maintain a reputation for governing competence on the key issue of the economy, especially in the turmoil of autumn of 2008 to the spring of 2009, was both bold and original. He demonstrated international leadership through the development of a bank recapitalisation plan that eventually became a template followed by a number of other countries. The economy was growing again as the general election approached and Labour had largely closed the gap between themselves and the Conservative on the issue of the ‘best party on the economy’. These were no small achievements.

Much of Gordon Brown’s premiership was no doubt not what he had expected or wanted. But when assessing Brown and other Prime Ministers, we need to think about a leader’s circumstances and take this into consideration.

Note: This article was originally published on UEA’s Eastminster blog and gives the views of the author, and not the position of the British Politics and Policy blog, nor of the London School of Economics. Please read our comments policy before posting. Featured image credit: LSE in Pictures 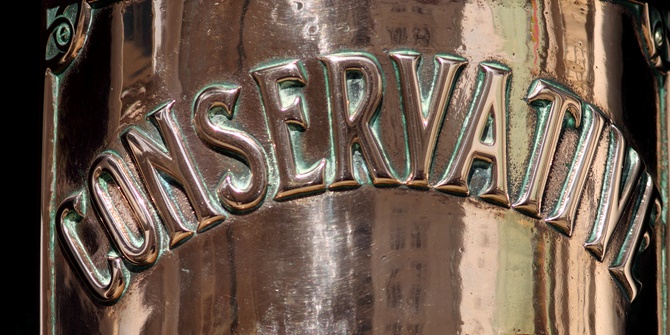