Society is running out of time to renew the political party

Society is running out of time to renew the political party

James Lloyd traces the decline of the political party. He warns without a much-needed revival of party membership, this key aspect of democracy will erode, along with its numerous and irreplaceable benefits.

As we approach the party conference season, the Olympics hangover, the Eurozone debt crisis and our double-dip economy are likely to divert attention from an undeniable fact: the UK’s political parties are in crisis.

Thanks to the fantastic work of Democratic Audit, we know that less than one per cent of the British population are members of a political party. Despite a population of 60 million, only around 420,000 people are members of one of the three main political parties. For each of the 620 Conservative, Labour or Lib Dem MPs who sit in the Commons, there are 677 party members. These trends have been unfolding for decades but as a society we cannot ignore them any longer.

Party membership would be of less concern if voter turnout at elections was not also parlous. However, just over six out of 10 of those eligible voted in the 2010 general election, and barely one in three voted in European and local elections.

In many ways, the forthcoming party conferences are emblematic of these trends. Previously, party conferences were primarily about party democracy and engagement with members. But some in Westminster now openly acknowledge the party conferences principally serve as a way of raising revenue for the parties. Their role in the policymaking process is limited to say the least.

So what is undeniable is that there is an important agenda here waiting to happen on how the political party can be renewed for the 21st century, and it is one we all have a stake in. The Strategic Society Centre will be discussing these issues at a debate with the British Library on September 17th but below are some initial thoughts.

First, we still need political parties, despite the all the ways in which social media and the internet are changing the way in which political and policy ideas are communicated and exchanged. Alternatives such as direct democracy with non-aligned MPs or regular referendums on government policy have intractable downsides.

Third, this is not something that political parties themselves are ever likely to take the lead on or drive through. All three main parties are fighting just to survive. Inevitably, different proposals for reform are likely to give marginal advantage to one party over others, so cross-party agreement will be difficult. This means other stakeholders are going to have to set out a strategy and drive change forward.

If none of this seems urgent, fast forward ten years and consider where current trends will take us. Less than 200,000 party members for the big three? Less than half of eligible voters turning out in general elections?

It’s not just that the health of political parties is directly linked to the health of our democracy and policymaking. We risk letting the invaluable capabilities that the parties still have dwindle on the vine – not least those active party members who are remain willing to treat politics as a face-to-face activity. If you step back from the Westminster fray, our political parties look more like ‘national assets’ that need to rescued and restored. And with each year that passes, we are running out of time.

James Lloyd is Director of the Strategic Society Centre 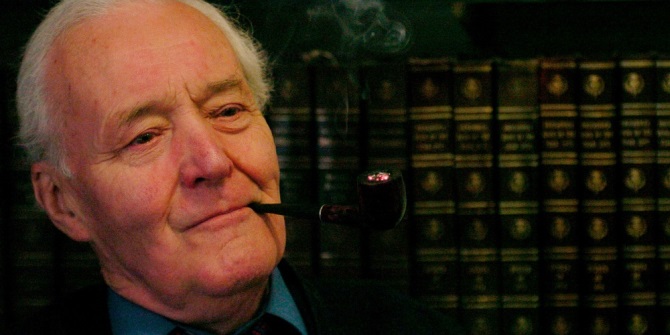 At £13 a vote – a bargain? Donations to the Tories’ 2015 constituency campaigns