In a speech to the Institute of Chartered Engineers in February, David Davis MP – now Secretary of State for Exiting the EU – told the audience: ‘The only Commonwealth country to enjoy a free trade agreement with the EU so far is South Africa.’  In fact, there are free trade agreements either awaiting adoption or in force between the EU and 32 Commonwealth countries.  Regardless of its accuracy, Davis’s assertion reflects a broader narrative put forward by the ‘liberal leavers’ in the Brexit campaign.  Their argument was that membership of the‘protectionist’ EU constrains the UK’s ability to make trade links with the wider world – and particularly with Britain’s apparently natural partners in the Commonwealth.

One might therefore be forgiven for thinking that in the wake of the Brexit vote on 23 June we are about to witness a reinvigoration of UK trade links with Africa – the continent that is home to the largest number of Commonwealth members (18 out of 53).  Yet, while the UK outside the EU may well look to maintain equivalence with existing European trade agreements in Africa, it is unlikely that these will be extended or reformed and the UK will lose the significant influence it once had in shaping EU trade policy towards Africa.

Contrary to the myth that the UK ‘betrayed’ the Commonwealth by joining the EU in 1973, the majority of Commonwealth countries – those located in Africa, the Caribbean and Pacific – were in fact incorporated into the EU’s system of trade preferences at this time.  Under the 1975 Lomé Convention, this arrangement provided the African, Caribbean and Pacific (ACP) countries with unilateral preferential access to the EU market, a series of lucrative commodity protocols for bananas, beef, rum and sugar and development finance through the European Development Fund.  The EU’s special relationship with the ACP countries served to preserve and extend the UK’s links with this group of former colonies at a time when the Commonwealth was otherwise fractious and divided.

More recently, the EU-ACP relationship has been decisively shaped by a set of controversial negotiations for free trade agreements – known as the Economic Partnership Agreements (EPAs) – initiated by the EU. These negotiations have led to a patchwork of trade arrangements across Africa, in which some countries have signed Economic Partnership Agreements while others make use of unilateral duty free access to the EU market under a scheme called ‘Everything but Arms’.  This patchwork of arrangements is unsatisfactory for a number of reasons – not least its potentially disruptive implications for African regional integration.  However, it is this reality – rather than any British allegiance to the Commonwealth countries – that will provide the starting point for the UK’s trade relations with Africa following Brexit.

Upon leaving the EU, the UK will cease to be party to EU trade agreements and third countries will lose any preferential access to the UK market that those agreements currently confer. However, there are political reasons why the UK may seek to preserve the duty and quota free access to the British market that the large majority of African countries currently enjoy.  Although trade with the UK accounts for only a small proportion of total African goods exports (3.6 per cent), any loss of market access would have a significant negative effect on certain industries (for example Kenya’s cut flower producers).  There will therefore be pressure on the UK from African governments and UK-based development organisations to make sure that African countries do not face increased trade barriers.

The simplest way to achieve this would be to seek to mirror existing EU trade arrangements with African countries. This could be done by offering those countries that have signed an Economic Partnership Agreement a parallel trade deal with the UK on the same or similar terms and setting up an arrangement akin to the EU’s unilateral Everything but Arms scheme.

A more ambitious plan would be to seek to extend or substantially reform the relationship that the UK has with Africa under current EU arrangements. Here, there are two possible scenarios:

Both of these options would necessitate the investment of considerable negotiating resources on the part of the UK – either to persuade African countries of the merits of more comprehensive free trade agreements or to reach a settlement on a waiver at the WTO.

The UK seems unlikely to engage in drawn out negotiations to extend or replace existing EU-Africa trade arrangements given the severe constraints on UK trade negotiating capacity after Brexit – the UK currently has only a handful of the estimated 500–750 experienced negotiators that will be needed for post-Brexit trade talks.

While a number of African economies have been amongst the fastest growing in the world in the last decade, Africa remains the destination for only 2.6 per cent of UK goods exports.  The UK’s trade negotiating efforts will instead be targeted, first, at reaching a satisfactory arrangement with the EU and renegotiating British membership of the World Trade Organisation.  A secondary priority will be to negotiate trade deals with other key markets and partners (for example the US, Canada, India, Brazil and China).  Even those leave campaigners who have extolled the virtues of a return to the Commonwealth rarely mention Africa – or do so in highly derogatory and racist terms in the case of newly appointed Foreign Secretary Boris Johnson – instead focusing their attention on Australia and New Zealand.

My hope is that Brexit will not lead to a loss of African access to the UK market – although this is not guaranteed and will require swift action from the UK government before exit from the EU is finalised. Meanwhile, the UK seems highly unlikely to launch an ambitious trade agenda of its own in Africa given its hugely constrained trade negotiating capacity.  And what is certain is that following Brexit the UK will lose any influence in shaping the future of Africa’s trade relationship with the EU – still Africa’s most significant trading partner by some considerable distance.  The UK will have no say in the EU’s plans to extend the Economic Partnership Agreements, in the EU’s ongoing efforts to promote regional integration in Africa, or in the future of European agricultural subsidies that continue to cause damage to African producers.  In other words, there will likely be no reinvigoration of trade relations with Africa as a result of Brexit and instead the UK will lose the considerable influence that it used to wield through its EU membership.

Peg Murray-Evans is an Associate Lecturer and researcher in the Department of Politics, University of York. Her most recent publication (with Tony Heron) is: ‘Limits to market power: Strategic discourse and institutional path dependence in the European Union–African, Caribbean and Pacific Economic Partnership Agreement’ in the European Journal of International Relations. 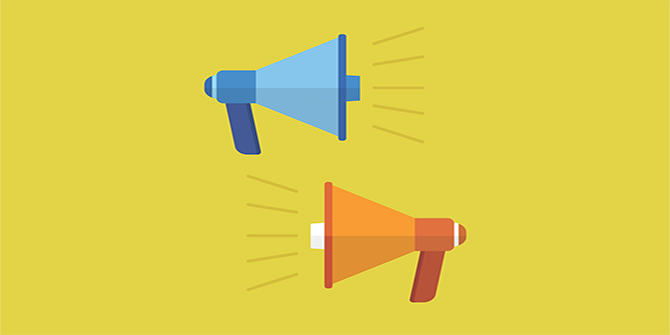 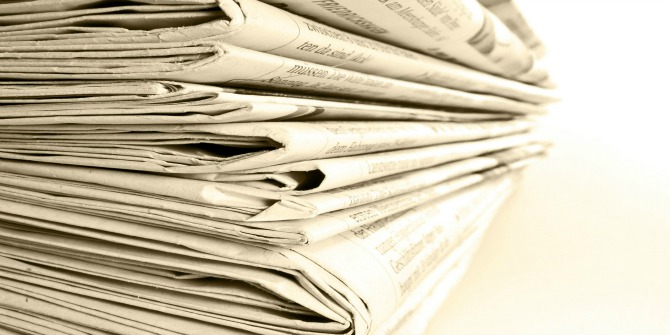 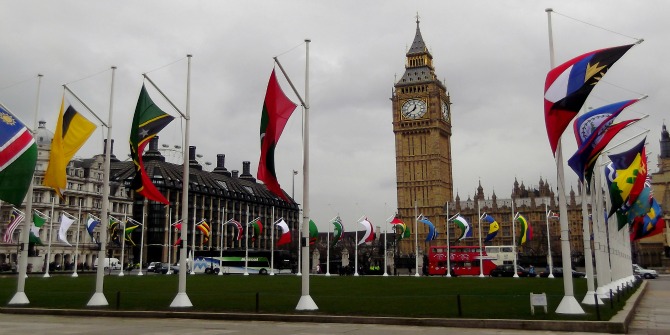