Roger Scully argues that while independence for Wales does not presently enjoy significant backing, this would change with a Yes vote in the Scottish independence referendum. It would offer a clear example to which advocates of independence could point and would alter the fundamental character of the UK rump that remained.

It seemed to take almost a year after the SNP’s devastating victory in the May 2011 Scottish Parliament election for most of the UK’s political class to begin to realise the potential implications. Belatedly, the truth seems to have dawned. There will be a referendum in Scotland on independence. A Yes victory is possible. The British Union, created in 1707, could end.

The referendum will be an event of defining importance for Scotland. But it will also matter a great deal for the other nations of the Union. Given that Wales is the part of the Union that routinely receives least attention, it is unsurprising that little public discussion has considered what the Scottish referendum might mean for the Welsh. But the absence of discussion does not mean an absence of consequences. 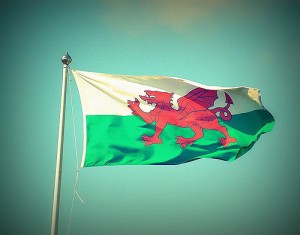 This does not mean that political developments in Wales inevitably follow from those in Scotland. It is true that devolution to Wales in the 1990s – albeit of a much weaker form than that granted Scotland – would almost certainly not have happened but for developments further north. But since then there has been an important political dynamic within Wales that has been almost wholly unconnected to anything occurring in Scotland. A substantial change in attitudes towards devolution is noticeable since the idea was barely approved by the Welsh in their 1997 referendum.

This change has occurred both across the mass public and much of Wales’ political elite. In a further referendum in March 2011, a significant increase in the legislative powers of the Welsh Assembly (towards something rather closer to those currently enjoyed by the Scottish parliament) was supported by all political parties in the chamber, and given clear endorsement by the voters. To an extent unimaginable in the 1990s, substantial self-government for Wales is now the ‘settled will’. That this has occurred has almost nothing to do with anything that has happened, or might happen, in Scotland.

Subsequent to the March 2011 referendum, the UK government established a new commission to consider ways in which Welsh devolution might be further developed. However, the terms of reference of this commission appear to assume a ‘steady state’ across the rest of the UK – something that now, rather obviously, cannot safely be assumed. What would be the implications for Wales of a Yes vote in Scotland? Potentially they are almost limitless. But one potential consequence stands out.

A serious debate in Wales about independence would begin the day after Scotland has voted for independence (if it ever does). Independence for Wales is not currently something that attracts significant backing. Public support for independence in surveys has fluctuated without trend around the 10 percent mark since the mid-1990s. Even Plaid Cymru has, for much of its history, often appeared ambivalent about the notion of Welsh independence. A Scottish Yes vote would almost certainly change the whole character of the debate. Partly this would be because Scotland would offer a clear example to which advocates of independence could point. But a Yes vote would also matter because Scottish secession would do more than simply reduce the UK in size; it would alter the fundamental character of the state that remained. As a very senior civil servant in Cardiff observed to me recently, with Scotland inside the union, one can still believe in the UK as a multi-national state – albeit one where one nation is much larger than the others. But, as he went on, if Scotland leaves, ‘Who wants to play Montenegro to England’s Serbia?”

It is far from certain that the end-point of any such debate would be independence for Wales. But, as even the Labour party’s Welsh First Minister, Carwyn Jones, has acknowledged, after any Scottish Yes vote there would need to be fundamental discussions among the remaining partners in the UK about their future relationship. Such discussions would not only matter to Wales: if Britishness, as it has long been understood by many people, was no longer an available option, the implications for Northern Ireland might be even more profound. A Scottish Yes vote would also produce a whole host of practical issues to be dealt with. But more fundamentally, the relationship between the nations of these islands, including Wales, would surely be changed irrevocably by Scottish independence.

Yet while the consequences of a Scottish Yes vote certainly deserve serious consideration, at present a No vote still appears the more likely outcome. However, even a No vote does not seem to be a ‘status quo’ option. A No vote will still, apparently, be followed by some greater political and financial autonomy for Scotland. In a context where self-government for the non-English nations of the UK is generally deepening, there will certainly be calls for extending Welsh devolution. Wales – no matter which parties hold power in Cardiff – will also be determined to be involved in any financial discussions, as the nation that currently does worst from the Barnett formula. But in a context where a paucity of money makes it impossible to resolve difficult issues with discretionary dollops of extra cash, these discussions will likely be a hard slog. So also might discussions about the sharing of other resources: to a Wales that is water-rich, the terms under which this increasingly valued resource is shared with an ever-more thirsty England certainly matter.

But perhaps most fundamentally of all, Wales will be part of the discussions within which even a continuing United Kingdom will have to be re-thought and re-worked. The dominant mode of thinking about the UK (when the existence of non-English nations is not actually forgotten about completely) has long been, in effect, of an English core barely differentiated from the whole, and three separate forms of union for Scotland, Northern Ireland and Wales. But increasingly – with a distinct English identity re-emerging and with the West Lothian question remaining wholly unresolved – that looks unsustainable. Bit-by-bit, ad hoc solutions to different parts of the Union will no longer do. Serious thinking will be needed about what sort of union the different elements, of which Wales is one, wish to maintain. We can’t just muddle through any more.