Events in Scotland illustrate how a political situation can change very quickly. Paradoxically, the real winner of the 2014 independence referendum was the SNP, who have seen a surge in membership, while Labour and the other unionist parties are floundering. Thomas Lundberg looks at the aftermath of the referendum and the puzzling situation of winners turning into losers.

People outside Scotland could be forgiven for being puzzled about recent events ‘north of the border’. After all, didn’t the Unionist cause triumph in September’s Scottish independence referendum? Since then, the Scottish National Party (SNP) and Scottish Green Party, both supporters of Scottish independence, have more than tripled their membership. The SNP has surged in the opinion polls, endangering Scottish Labour at next May’s Westminster election. Events in Scotland illustrate the importance of multilevel governance and party systems, as well as how a political situation can change very quickly.

While nearly 45 per cent of Scottish voters said ‘Yes’ to independence, the break-up of the United Kingdom was prevented by the 55 per cent who voted ‘No’. Only hours after this result was reached, Prime Minister David Cameron moved the proverbial tanks onto the Labour Party’s lawn, saying that any significant increase in the devolution of power to Scotland would require a change in voting practices so that MPs at Westminster from the 59 Scottish constituencies would no longer be able to vote on bills deemed as affecting only England. Labour Party leader Ed Miliband rejected the linkage of enhanced Scottish devolution to what is sometimes labelled ‘English Votes for English Laws’ (EVEL), proposing instead a convention to examine Britain’s constitution more broadly. Both politicians have been criticised for evading the so-called ‘vow’ to grant Scotland greater autonomy, a promise that might have persuaded some voters not to vote for independence in the expectation of having ‘the best of both worlds’, whatever that means.

It is unlikely that the Smith Commission, an all-party group investigating routes to greater autonomy, will propose significantly enhanced devolution of power to Scotland unless the May 2015 Westminster election yields a hung parliament. The Conservatives, while supporting more radical tax proposals than Labour, are probably concerned about the prospect of too much decentralisation and how that might harm the centre, while Labour worries about the potential for undermining the British welfare state and the prospect of curtailing the voting rights of MPs from outside England. The SNP, however, will seek to gain as much extra power for the Scottish Parliament as possible, trying to satisfy both independence supporters and those who want ‘devo max’, the devolution of all domestic matters (basically home rule). Recent opinion polling reveals that the SNP is so far ahead of its traditional rival, Scottish Labour, that the latter would be nearly wiped out at Westminster. Such an outcome in May would have implications beyond Scotland – it would probably deny Labour a majority, keeping David Cameron in Downing Street if he can do some kind of deal with the smaller parties that might hold the balance of power.

Labour’s problems in Scotland result from both the sudden resignation of its Scottish leader, Johann Lamont, and from the perception, held by many of its traditional supporters, that the party betrayed working-class Scotland in the independence referendum campaign, doing the Tories’ dirty work. Class was one of the biggest demographic dividing lines in the referendum, with poorer people more likely to support independence than the affluent, who would have more to lose if things went wrong. The likely replacement for Lamont, Jim Murphy, may have a higher profile, but he also comes with a lot of Blairite baggage, such as his support for invading Iraq and for maintaining Trident, the nuclear deterrent based in Scotland. Such right-wing positions, as well as the fact that he is currently a Westminster MP, may put him at a disadvantage against the SNP, soon to be led by Alex Salmond’s deputy, Nicola Sturgeon.

Governing since 2007, the SNP has managed to become a highly successful catch-all party, appealing both to independence supporters and to those who prefer greater Scottish autonomy within the Union, to all social class backgrounds and age groups, and to both women and men. While it has business-friendly policies that include cutting corporation tax, the SNP has managed to compete successfully against Scottish Labour, using its left-wing image and grass-roots campaigning to steal supposedly safe constituencies in Labour heartland areas. Despite its significant decline, Scottish Labour remains the SNP’s bitter rival, while the Scottish Conservative and Unionist Party now struggles to make an impact in polling and the Scottish Liberal Democrats scarcely register at all, with the latest Holyrood poll putting both Tories and Lib Dems behind the Scottish Greens in the regional vote part (the one usually cast for a party list) of the two-vote system. Despite the use of the mixed-member proportional electoral system for Scottish Parliament elections, the effective number of parliamentary parties in the body has dropped from a high of 4.2 after the 2003 election to 2.6 in 2011, suggesting that we should not give too much credit to the impact of the electoral system on the party system.

Perhaps paradoxically, the real winner of the 2014 independence referendum was the SNP. The party has emerged energised, larger, and better connected to the public. It now stands head and shoulders above its Unionist competitors. While the SNP finds itself in an enviable position, it must avoid complacency. The party began its ascent in 2007 by being seen as potentially more competent than Labour, and its performance running a minority government was rewarded in 2011 with a majority of seats; academic research has shown that public support for independence (typically among only about a third of the electorate in recent years) explains only a portion of the SNP’s support. Sturgeon must be careful to maintain her party’s image for competent management of Scotland’s affairs while appealing to the broad majority of Scots (even those who rejected independence) as their advocate when it comes to dealing with the UK government and the likelihood of further spending cuts after the 2015 election.

The big increase in the SNP’s membership following the referendum could pose challenges to the party’s leadership. The recent membership surge from some 25,000 to over 80,000 in the weeks following the referendum could make the party more difficult to govern. Many of the new members (perhaps alienated Scottish Labour members or voters) are likely to hold left-wing views and this could put pressure on what has been a remarkable effort to keep the party unified. Those disappointed or unimpressed with the SNP, however, could instead look to civil society, which has also been jolted by the referendum. The Yes Scotland campaign evolved into a social movement, with a range of organisations working together; aside from political parties, groups like Women for Independence, Business for Scotland, and the Radical Independence Campaign represented a wide spectrum of the public, and the movement included prominent individuals not associated with any party.

The aftermath of Scotland’s independence referendum resembles an upside down political situation: losers turned into winners and members of the public – including many from modest backgrounds – refusing to go ‘back into their boxes’. The supposed winners – the Unionist parties and privileged classes – must be just as puzzled as those living outside Scotland.

Note: This article was originally published on the PSA’s Insight blog and gives the views of the author, and not the position of the British Politics and Policy blog, nor of the London School of Economics. Please read our comments policy before posting. Image credit: Byronv2 CC BY-NC

Thomas Lundberg is Lecturer in Politics at the University of Glasgow. 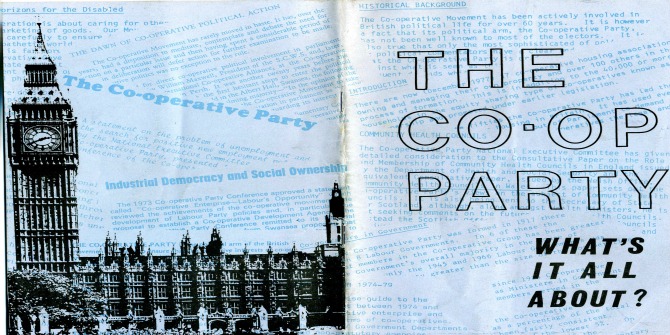 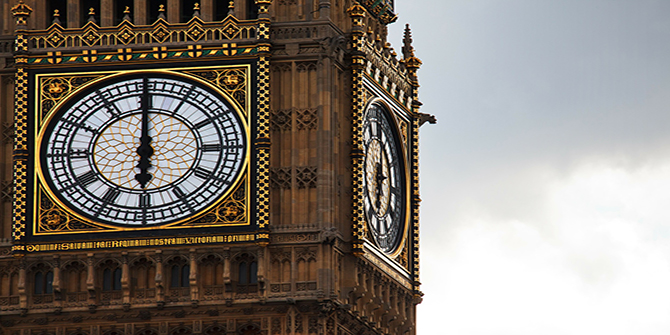 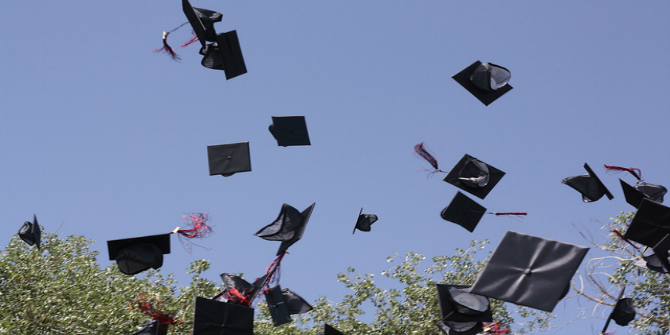