Kevin Wilson, Heather Dawson, and Gillian Murphy discuss the controversial Section 28 clause that banned the promotion of homosexuality by UK local authorities 30 years ago this month, and highlight the LSE’s rich collections on the issue.

24 May 2018 marks the 30th anniversary of the Local Government Act 1988, which became notorious for its inclusion of Section 28. The clause in question prohibited local authorities from “intentionally promot[ing] homosexuality or publish[ing] material with the intention of promoting homosexuality”, as well as from “promot[ing] the teaching in any maintained school of the acceptability of homosexuality as a pretended family relationship”.

From its enactment and until its final repeal in 2003 (2000 in Scotland) the definition of ‘promotion’ was highly controversial and ambiguous. While many gay rights campaigners feared that it banned local councils from distributing or displaying any kind of literature which depicted gay life as anything other than abnormal, some religious organisations, including the Church of England, believed it protected children and ‘traditional values’.

Section 28 arose within a wider social and political landscape. British social attitudes surveys from the 1980s reveal that generally the public was less tolerant of gay relationships than today. In 1983, 50% of those surveyed agreed that “sexual relations between two adults of the same sex” were “always wrong”. By 1987, the figure had risen to 64%, perhaps fuelled by fears associated with the spread of HIV which was often misunderstood as a disease of the gay community. Another factor was conservative concerns about how left-wing councils, especially the Greater London Council under Ken Livingston, spent public money, particularly on minority interest groups. The Greater London Council was ultimately abolished after the passing of the Local Government Act 1985.

How Section 28 came about

One of the original sources of complaint was the book Jenny Lives with Eric and Martin, a storybook for children by the Danish author, Susanne Bösche, which was first published in English in 1983 by Gay Men’s Press. The author’s intention was to give children knowledge about different types of family relationships and she seemed stunned by the subsequent furore in the UK.

In 1986, the book was discovered in a library of the Labour-controlled Inner London Education Authority. A National Council for Civil Liberties pamphlet revealed there was only one copy in a teachers’ resource centre and access was controlled. Yet an atmosphere of media-stoked paranoia soon arose. Our Daily Mail Archive shows headlines such as: ‘save the children from sad, sordid sex lessons’ (4th June 1986) and ‘bizarre truth about happy family in the gay schoolbook’ (22nd September 1986). The then Education Secretary, Kenneth Baker, declared that this ‘grossly offensive homosexual propaganda’ was put into libraries by ‘left-wing authorities’.

That same year, Lord Halsbury tabled a Private Member’s Bill in the House of Lords to prevent local authorities from promoting homosexuality, but this was postponed by the 1987 General Election. However, on 2 December 1987, at the Committee Stage of the Local Government Bill 1987-1988, the Conservative MP David Wilshire proposed the introduction of Clause 28 on the same lines, using a dossier of examples of ‘unacceptable activities’. These included local authority advertisements for gay support workers and books including Jenny Lives with Eric and Martin. Debates surrounding the passing of the Bill, available via our UK Parliamentary Papers Archive, make for interesting and often shocking reading. On 15 December 1987, concerns were raised about human rights by some MPs including Labour’s Diane Abbott and Ken Livingstone, and by Simon Hughes of the Liberal Democrats. Countering them were numerous comments from Conservative MPs including Elaine Kellett-Bowman and Harry Greenaway reinforcing the idea that children needed to be protected from gay people.

The reaction to Section 28 and the LSE Library

LSE Library holds a range of collections that reveals the various ways in which campaigners opposed the legislation. These include papers from established gay rights groups such as the Campaign for Homosexual Equality (HCA/CHE2/9/43), but they also include news articles, campaigning information, letters from MPs, and Association of London authorities’ papers.

In a radio debate on the clause, actor Sir Ian McKellen came out as gay, subsequently co-founding Stonewall, as a lobbying group. The Stonewall collection (HCA/STONEWALL) comprises publications and campaigning ephemera. The LSE Archives hold the papers of activist Lisa Power (HCA/POWER/24) which includes the minutes of Stonewall meetings from 1989-90, including legal opinion on Section 28.

In 1990 Outrage! was established as a non-violent direct action gay rights group. One of its key members, Peter Tatchell, has deposited his papers at the LSE (HCA/TATCHELL/1992/9) and these show his involvement in campaigns against Section 28, giving details of correspondence and demonstrations.

Other papers reveal campaigns at the local level. The archives of the LSE’s The Beaver revealed how the student body fought against the act, including activities during a LSE Lesbian and Gay awareness week in November 1990. This included an article by Aidan Rankin arguing that the need to act was greater now as a result of an increase in ‘queer-bashing’, caused by Section 28. Other examples include the Cambridge Scrap Section 28 poster Campaign (HCA/EPHEMERA/917) and Brighton Action against Section 28 newsletters (HCA/JOURNALS/414P).

The library also holds materials produced by occupational and religious groups. Key examples of these are materials produced by teachers, including minutes and papers from the Gay Teachers’ Group (London) (HCA/EPHEMERA/455), such as their Pink Paper, ‘No More Queer Bashing in Class. The Campaign to Repeal Section 28’ (1999).

We also have the newly-catalogued papers of Stop the Clause Campaign (HCA/STC), which was established as the national body to lobby against the Act and its implementation. Highlights include minutes of meetings; correspondence; information about the impact of the clause; photographs and related material about the ‘March on London’ demonstration of 30  April 1988; material relating to a Eurotour, indicating the international support for the campaign; and lots of ephemera from many local campaigning groups, such as flyers, leaflets and mailings.

Due to the continued efforts of these groups a number of attempts to repeal the Bill were made after 2000. These were defeated in the House of Lords until the Labour government reppealed the section as part of the Local Government Act in November 2003.

You can find out more about LSE’s LGBT collections here.

Kevin Wilson is the Academic Liaison and Collection Development Manager at LSE Library.

Heather Dawson is an Academic Support Librarian at LSE Library.

Gillian Murphy is the Curator for Equality, Rights and Citizenship at LSE Library. 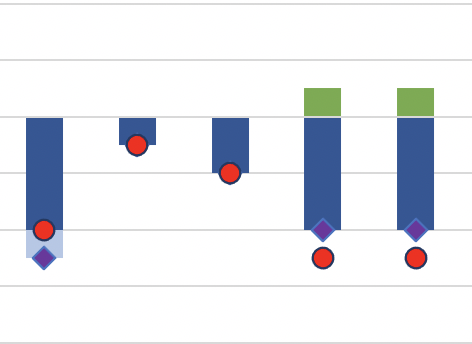