Whether or not there will be a referendum on continuing membership in the EU will be decided in this election. In this article, Swati Dhingra, Gianmarco Ottaviano and Thomas Sampson outline the economic consequences of a Brexit, writing that reduced integration with EU countries is likely to cost the UK economy far more than is gained from lower contributions to the EU budget.

The direction of UK trade policy with its biggest trade partner – the EU – will be decided in this upcoming general election. The Conservatives are committed to holding an ‘in-or-out’ referendum on membership by 2017 while Labour and the Liberal Democrats have opposed this. How would Britain’s exit from the EU affect the UK economy and the income of UK citizens?

In the pessimistic scenario, the overall loss swells to 3.1 per cent, with most of the impact coming from non-tariff barriers (2.55 per cent). Leaving the EU would increase non-tariff barriers to trade (arising from different regulations, border controls, etc.) and reduce UK’s ability to participate in future steps towards deeper integration in the EU. The costs of reduced trade far outweigh the fiscal savings. In cash terms, the loss is £50 billion in the pessimistic scenario and a still substantial £18 billion in the optimistic scenario.

Table 1: The effect of Brexit on UK welfare (Static Gains)

While the estimates of Table 1 directly relate tariff and non-tariff barriers to welfare, they do not account for the dynamic gains from trade such as productivity growth from trade and the impact of other channels (such as FDI, transaction costs, etc). Baier et al find that after controlling for other determinants of bilateral trade, EU member states trade 40 per cent more with other EU countries than they do with members of EFTA. Combining this with estimates that a 1 per cent decline in trade reduces income by between 0.5 per cent and 0.75 per cent implies that leaving the EU and joining EFTA will reduce UK income by 6.3 per cent to 9.5 per cent.

Notes: Welfare measured as change in per capita consumption in the UK.
Source: Ottaviano et al, 2014.

CEP researchers have quantified the impact of recent EU FTAs on consumers in the UK. Consumer prices fell by 0.5 per cent for UK consumers as a result of FTAs negotiated by the EU with trade partners that are not EU members, saving UK consumers £5.3 billion per year. Based on this historical experience, the FTAs with the US and Japan would save UK households £6.3 billion every year. It is unlikely that these benefits would be as high if the UK were to negtoiate alone. The size of the EU economy gives it a stronger bargaining position in trade negotiations than the UK would have on its own.

The economic consequences for the UK from leaving the EU are complex. But reduced integration with EU countries is likely to cost the UK economy far more than is gained from lower contributions to the EU budget. Static losses due to lower trade with the EU would reduce UK GDP by between 1.1% in an optimistic scenario and 3.1 per cent in a pessimistic one. The losses due to lower FDI, less skilled immigration, and the dynamic consequences of reduced trade could also be substantial. Even if the UK maintained full access to the single market following Brexit, it would not have a seat at the table when the rules of the single market are decided.

Staying in the EU may cause political trouble for the major parties; but if the UK leaves the EU, the economic trouble will be double.

Swati Dhingra is Lecturer in Economics at the LSE.

Thomas Sampson is Lecturer in Economics at the LSE. 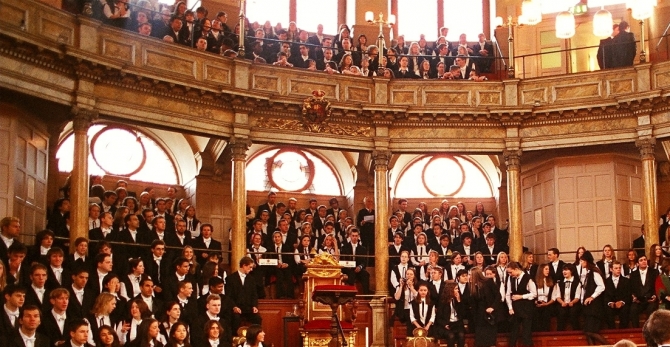