The attempted Conservative fightback after the second TV debate seems to be ebbing away today as four polls published today more or less concur that they are on 33 per cent. The Liberal Democrats are steady on 30 per cent on our measure. Labour rises one point today to 28, and one point also in Sky’s measure to 29. This change may give the party some comfort, and it shows well the perils of parties or commentators lurching back to old-style thinking and declaring a two-horse contest when we are clearly in the middle of a tightening three+ parties race.

Overall our chart below tracking the median of polls shows that the race is still very close run, with only four or five percentage points separating the three parties. In some specific polls, the gap between the Conservatives and Liberal Democrats gap is only 1 to 3 percentage points. As the graph of our polling measure since February shows, the Lib Dem surge has softened only slightly, while Labour’s move back up since the end of last week from 26 to around the 28 per cent is also tightening competition. Bobbling around between 32 and 35 per cent, the Conservatives still are not in reaching distance of a majority after 6 May, and may not be the largest party.

The performance of the three top parties February-26 April 2010 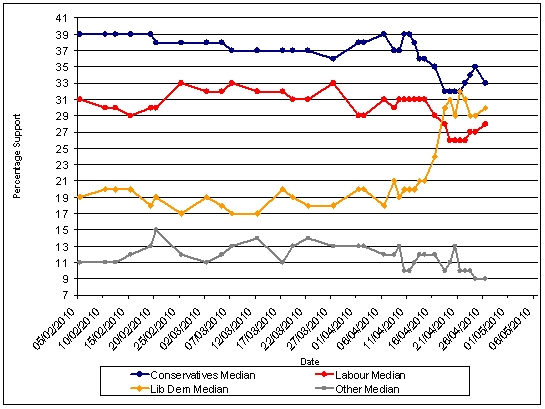 The Other parties have also been prematurely pronounced a fading force by some commentators at the weekend, when their combined support fell to around 8 per cent in several polls. However, on our measure they are only slightly down, and we expect their ratings to go up by perhaps 2 per cent on polling day when voters unexpectedly find their party names on the ballot paper. This ‘recognition effect on the day’ will be boosted this year because the number of candidates standing for the smaller parties have increased. There will be more parties than ever before for voters to choose from on 6 May. Where there were on average only four names on the ballot paper in 1992, this year the average will be much higher. Voters in marginal seats can expect 8 to 10 candidates from which to choose.

Our favourite ‘bubbling under’ party this year is the Christian People’s Alliance. Their leaflets have the great advantage of helping sort out controversies amongst political scientists about whether people vote on moral grounds or on economic ‘money in your wallet’ effects. “Voting is a matter of conscience!” the CPA declare. That seems to sort it out as far as their voters are concerned. 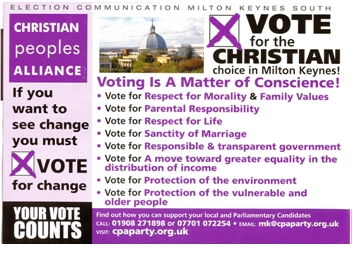 But look a little closer and it seems clear from the candidate names that CPA is really standing from a base in the black evangelical Christian community, building on their extensive experience in London elections where the party has been active for some time. 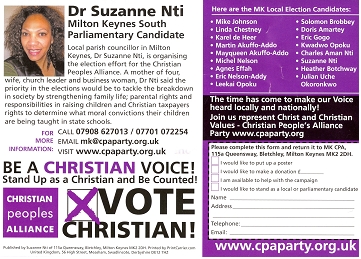 The European Central Bank has delegated its lender of last resort duty to panicky bankers who are the slaves of market sentiments. Pumping in over 1,000 billion Euros this way has not stabilized Europe’s sovereign debt markets.

Cameron u-turns on abortion, Cable unloads on the banks and the media wakes up to Nick Clegg: round up of political blogs for 27 August – 2 September

Reflecting on the Thatcherite legacy: Top 5 blogs you might have missed this week