The Supreme Court is considering whether Boris Johnson’s prorogation of Parliament is lawful. Thomas Poole argues that, whatever its final decision, the court should spell out the message that the power to prorogue has legal limits.

In certain respects, the British constitution navigated a path quite effectively from medieval to modern. Walter Bagehot captured the political craft underlying this transition in his familiar phrase about a republic having insinuated itself ‘within the folds of monarchy’, within, that is, the medieval apparatus of rule.

But occasionally elements of that basic medieval structure come back into view, often complicating otherwise clear lines of principle. The recent decision to prorogue Parliament is a case in point. Prorogation is essentially the power to suspend Parliament. It ends a parliamentary session and brings previous business to an end. It is in practice exercised by the Prime Minister – a prerogative power, it was originally part of a wide bundle of discretionary powers that the (medieval) King or Queen could exercise in his or her own right, without the consent of one of his councils, but which now reside in government ministers.

Like many other residues of the medieval constitution, prorogation is not usually a cause for concern. It has taken its place more or less unobserved in the ordinary rhythms of parliamentary practice, being used to instigate a pretty much annual hiatus of about a week. Its use as a means of circumventing parliamentary opposition is quite another matter. Its weaponisation for that purpose, the brainchild of pro-executive constitutional radicals at the Judicial Power Project, represents a form of political cheating. It is to deploy a real but archaic power for actively partisan ends which the holder of the power surmises would not be achieved through normal legislative channels, in a way that hasn’t happened since 1948.

The potential weaponisation of prorogation is deeply serious from a constitutional angle. It generates a situation, at odds with the established hierarchy, in which Parliament is at the bidding of government (though it is true that in practice we sometimes make allowances for the fact that executive power is not exhausted by its duty to ‘execute’ legislation). What makes it such an important constitutional question is that the power to suspend Parliament could in effect put the constitutional order into abeyance, given the pre-eminent role of Parliament within it. Any analysis of the prorogation litigation that fails to address this prospect should not to be taken seriously as constitutional analysis. It is precisely the province of constitutional lawyers to consider the ways in which existing powers are open to serious abuse.

Against this background, it is unsurprising that we have seen three separate challenges to the prorogation of Parliament by Boris Johnson’s minority government for an unprecedented period of five weeks, from Scotland (Cherry v Advocate General), Northern Ireland (McCord v The Prime Minister), and England & Wales (Miller (No.2) v The Prime Minister). The matter now comes before the UK Supreme Court, which will settle the matter as a question of law.

Despite some minor points of difference, all three cases invoke the same principles to question the prorogation’s lawfulness on the basis that it was designed to ‘stymie’ parliamentary scrutiny of the executive, thereby allowing it to pursue a no-deal Brexit policy. They raise two legal questions. First, whether the prorogation advice is reviewable at all by the courts – that is, whether it is justiciable. Second, if it is justiciable, whether the government can show that it was exercised for a proper and not an improper purpose. Those questions have so far received different answers. That they have done so is not surprising given the novelty of the issue. Miller (No.2) and McCord have so far lost on the first question; on appeal Cherry has succeeded on both points.

In sustaining their case, the claimants face two high but not insurmountable hurdles in the Supreme Court, the first being the complications that arise as a result of the relationship between the Monarch and the Prime Minister. The prorogation order was formally taken by the Queen on advice from the Privy Council but in reality on the advice of the Prime Minister.

Both Monarch and Prime Minister are office-holders within that composite central governing entity which we still call ‘the Crown’. The historical relationship between them (King over Minister) has been turned upside down, and with good reason. This was what Bagehot was really talking about: the reduction of the monarch’s power almost to vanishing point through the gradual transfer of the power of the Crown to government ministers. The Queen is no longer part of the ‘efficient’ or functional constitution, but performs ‘dignified’ or ceremonial functions.

The stealthiness of this transformation entails that the power relations are changed often while leaving underlying forms undisturbed. Does the disjunction of substance and form matter here? The litigation is careful to target the Prime Minister’s advice, which in substance is the decision to prorogue. But it might still make a difference. It muddies the sightlines. Courts will not want to touch the question of whether the Queen has a residual capacity to refuse a manifestly unconstitutional prorogation request, a question that arguably abuts the one being asked them.

The Queen’s involvement, however dignified, in the exercise of prorogation connects with the second and more serious hurdle. The issue here is the sense, which undeniably has historical and legal pedigree, that prorogation is essentially a political matter: that is, one raising political or ‘high policy’ questions that the judges are ill-equipped to assess. This is the basis on which the High Court decided Miller (No.2). Even if everything the litigants say about the prorogation order was true, the court held, it would still not review it: ‘the decision of the Prime Minister to advise Her Majesty the Queen to prorogue Parliament is not justiciable in Her Majesty’s courts.’ The Northern Ireland court in McCord similarly adjudged the proceedings to be ‘inherently and unmistakably political’.

The reasoning behind the High Court’s conclusion that this is a ‘political’ case is not particularly convincing. The suggestion that are no legal standards with which to examine prorogation is unconvincing set against how judicial review courts often operate, including in prerogative cases where there are generally no statutory standards from which to work. The fact that the case concerns so senior a figure as the Prime Minister does not (and ought not) set it apart, nor does the fact that a variety of political considerations and calculations were in play. Courts regularly sift through policy choices, sometimes highly contentious ones, to isolate matters of legal concern.

But while I do not think that this solution is the best, it is not an unreasonable one. All constitutions develop ways of distinguishing matters that are considered appropriate for judicial oversight (‘law’) from those that are not (‘politics’). One technique used by our courts in the past was to shield the exercise of all prerogative powers from judicial review. But this approach was too broad. Turning the prerogative into a legal no-go zone immunised some exercises of power that were properly matters for judicial scrutiny (examples includes withholding passports, the grant of mercy, and managing civil service employment relations). There was a danger of the fetishisation of form, in effect prioritising (medieval) categories over (modern) substance and principle.

This realisation led to a gradual adjustment in approach. Courts decided that the category of prerogative was no longer immune from review. Whether an issue is justiciable or not depends now upon subject matter, not form. This brought legal doctrine more into alignment with constitutional principle, while allowing for the dominance of politics in sensitive areas such as national security and foreign policy.

The contrasting approach in Cherry is also less than convincingly reasoned. On the one hand, the court said that if the decision to prorogue were based upon legitimate political (included Brexit-related) considerations it would not be challengeable. On the other, the dissonance between the public reasons given for the prorogation and the real reasons behind it, namely the unconstitutional aim of seeking to ‘stymie Parliamentary scrutiny of Government action’, made it open to review.

Refined a little, what we get is a more nuanced approach to what in this context a court might legitimately be interested in. Normally, the subject matter of prorogation makes it unreviewable. But that presumption evaporates where it can be shown that the power has been used for an improper purpose, where that purpose is precisely to target an operative condition of the constitution (e.g. democracy or the rule of law). That seems to strike the right balance. It squares legitimate concerns about judicial interference in a power that operates largely in an intra-parliamentary space with the need to be able to intervene to react where prorogation is being used to target the very foundations of the constitution which gives that power authority in the first place.

Now it is over to the Supreme Court, which has a legitimate interest in the long-term health of our version of the constitution of authority. It should repair, in my view, the tear in the fabric of the constitution that the prospect of the misuse of the suspension power has opened up. It would be unfortunate if the case were read as giving legal carte blanche to future Prime Ministers wishing to rid themselves of troublesome parliamentarians. To adopt a test along the lines just suggested might just do the trick. In applying it, the Court is fully entitled to decide to file this unsalutary exercise of the power to prorogue under the useful, if unsatisfying, category of ‘unconstitutional but not unlawful’. But the headline should very clearly spell out the message that Parliament is not an optional extra.

Thomas Poole is Professor of Law at LSE. He is the author of Reason of State: Law, Prerogative and Empire (Cambridge, 2015). 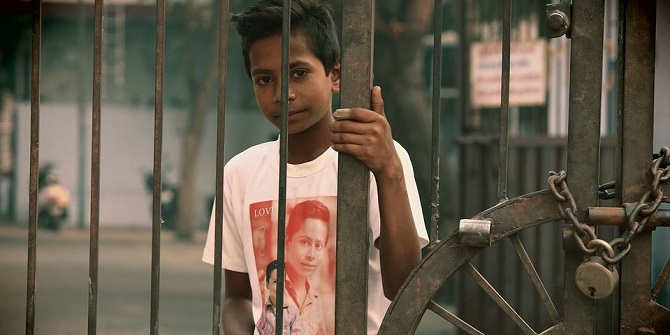 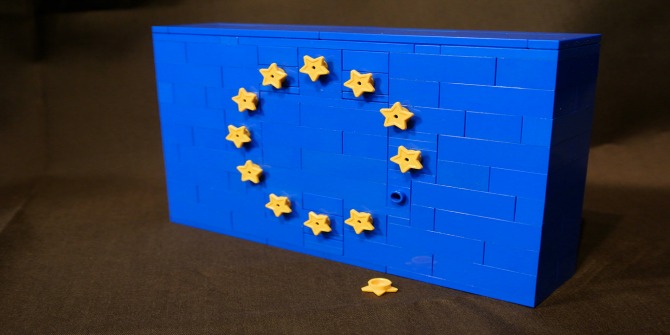