The banking crisis as an elite debacle – again

The banking crisis as an elite debacle – again

The troubles of the Co-op Bank remind us that crisis and fragility are still engrained in the banking system. Evidently setting things right is about more than finding a technocratic fix. Michael Moran and fellow Researchers at the Centre for Research on Socio-Cultural Change at the University of Manchester have been exploring the more fundamental causes.

Another week, another banking scandal, and another round of the blame shifting game. The Reverend Paul Flowers must now be on Fred Goodwin’s Christmas card list: he has replaced Goodwin as the nation’s  favourite demonised banker. Since he does not have a knighthood of which he can be stripped we must wait to see whether the Methodist Church ritually unfrocks disgraced ministers; or perhaps he will be stripped of the Institute of Bankers Part 1 Diploma which he gained in the 1970s. All the manoeuvring between the regulators and the parties to shift blame for the Co-operative Bank fiasco brings a strong sense of déjà vu, a rerun of what happened after the great banking crisis of 2007-9. Like modern Bourbons the financial elite and its political allies have learnt nothing and forgotten nothing.

For some years now my colleagues in CRESC at Manchester have been exploring the sources of these crises. Our conclusion is that none of the standard explanations make full sense of what was going on and, as the Co-op fiasco shows, is still going on. These standard explanations, oddly, unite establishment policy makers, radical critics and academic observers. They come in three forms. First, crisis as accident, a view inspired by Perrow’s classic study of ‘normal accidents’. Second, crisis as conspiracy: a view now common on the left which treats the political parties as the catspaws of the financial elite. Third, crisis as calculative failure: a view particularly common among reformist regulators who view the root of  all problems in the failures of the risk estimation models used at the height of the manic banking boom. All three point in the direction of  technocratic solutions to the problems of banking regulation. But what the Coop fiasco hammers home is that technocratic solutions have limited effect: we are now nearly five years into reformed technocracy and things are still going badly wrong. Our argument – and the reason we speak of the crisis as an ‘elite debacle’ – is that the crisis has, and continues to have, deeper roots in the mind world of  elites, financial, regulatory and political.

And that mind world is shaped by influences far removed from the rationalities of the textbooks of financial economics or the deliberations of technocrats. It is at heart driven by forces over which actors have little control and little understanding. The most obvious example of that is the financial system itself  which, far from being the result of financial innovation produced by financial engineering is essentially the product of bricolage, in the sense used by Levi-Strauss: structures and practices are not designed but improvised  without any central guiding rationality. The result can be seen in the system which produced the crash and which still retains its essential features: a system marked by huge volume in trading, by inordinate complexity, by opacity in modes of trading and by dangerously high levels of interconnectedness.

This systemic irrationality is compounded by an irrational culture of government decision making in Britain, a culture which has produced hubristic styles of leadership. We mean ‘hubris’ here in its exact core sense: excessive self confidence in one’s own judgement arising from a lack of contact with reality. In delegating control of economic policy decisions such as interest rate setting, financial regulation and trade policy to newly empowered technocratic elites, politicians have freed themselves from everyday mundane reality, to concentrate on big picture ‘strategy’ – a word which trips effortlessly off their tongues. What all this meant in practice in the years leading up to the great crisis was that, in plain English, political leaders in the Treasury did not have the foggiest idea of what was going on. Hence the shock when the whole thing ended in tears after 2007.   And the case of the Coop shows that hubris and lack of reality still shape how political elites approach financial regulation: how else to explain the insistent pressure from Treasury Ministers to the Coop to expand, seemingly oblivious of its near bankrupt condition?

What is to be done? Two things, both of which briefly surfaced in the crisis, and both of which have receded. First, the irrationalities of  the financial system – complexity, opacity, magnitude – need attacking – an attack that was briefly contemplated in the aftermath of the crisis in the calls by figures like Andrew Haldane for a simpler financial system. Those calls have now greatly diminished in volume and influence, especially under the new Mark Carney at the Bank of England. Second, democratically elected politicians need to recognise their responsibilities. It won’t do to hand over the responsibility for decision to technocrats and simply deliver big picture speeches about strategy. But to get to that latter change we will probably need a different kind of politician.

Note: This article draws on the published work of  the research team at CRESC, the ESRC Centre for Research on Socio-Cultural Change at the University of Manchester.  The two main publications drawn on here are Ewald Engelen, Ismail Ertürk, Julie Froud, Sukhdev Johal, Adam Leaver, Michael Moran and Karel Williams, ‘Misrule of experts? The financial crisis as elite debacle’ Economy and Society, 2012, 41:3, 360-82; and Ewald Engelen, et al, After the Great Complacence: financial crisis and the politics of reform. Oxford: Oxford University Press 2011.

Michael Moran is emeritus professor of government at the University of Manchester Business School and an affiliate of CRESC. 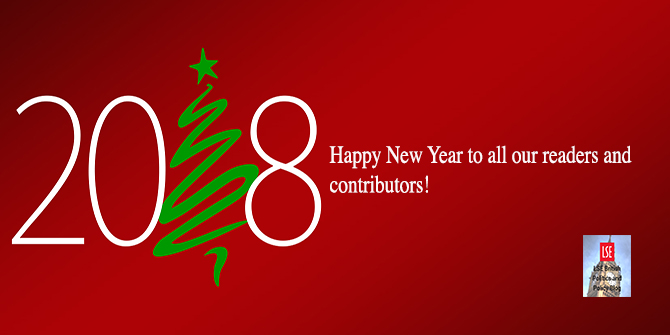