The UK’s ageing population will will necessitate more specially adapted or ‘accessible’ housing stock, writes Colin Jones. But with continuing long term financial austerity there will be a growing pressure on social landlords to achieve value for money. An accessible housing register is a way to address these issues.

The UK population, like in many countries, is ageing – with wide consequences for society and the economy. One in six people in the UK are now over 65, an increase of more than a 1m from 2001. More and more people are living beyond 80. And the elderly living in couples or alone now make up 25% of all households. Almost one fifth of these elderly households live in social housing.

The focus of government policy in the UK, and elsewhere, to date has been on a health care strategy for the elderly that projects more and more integrated social and health services provided in their own home rather than in institutions/hospitals. Most elderly people concur with this strategy but there are important consequences for the housing system as a result of this positive approach to independent living and the greater numbers aged over 80. As they grow frailer older people will inevitably face restricted mobility in and out of their home. 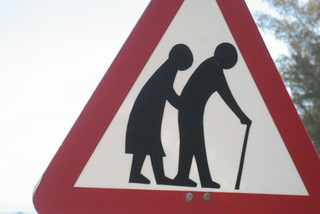 At its simplest it will necessitate more and more specially adapted or ‘accessible’ housing stock. The technical term for this housing is ‘accessible’ because it is designed to ‘mobility standards’ or are equipped with adaptations (e.g. ramps, grab rails, stair lifts) to support movement around the house. The last Labour government policy went further and introduced “Lifetime Homes” that could be flexible and functional for all. It set a target that all new English public sector funded housing is built to such a standard by 2011. This was part of a vision to see the delivery of a wider spectrum of housing and related care and support services, including repairs and adaptations, coordinating services around the person.

This policy framework seems almost idealistic and certainly fails to acknowledge the wider management resource issues that are increasingly dominant in a period of continuing fiscal constraints. A central question is how to balancing need and choice with resource efficiency, and policies will increasingly need to demonstrate cost effectiveness in order to be adopted. In fact cost effectiveness is often an over-riding argument.

A cost effective solution requires more than simply the provision of ‘accessible’ or ‘lifetime homes’ it needs better management of the (accessible) social housing stock. The existing adapted housing stock needs be (re)used efficiently as it becomes available. Too often the expensive adaptations have to be removed at further expense when the next tenant does not want them. In addition if the specific requirements of a household with accessibility needs can be allocated to existing adapted housing then this too will save money.

This problem is highlighted by the consequences of the Welfare Reform Act 2012 that has enabled the reduction in housing benefit to claimants of working age that are deemed to be under occupying. This is often referred to as the ‘bedroom tax’. The implications of this development for the letting and allocation of social housing are still to be fully felt but clearly the government expects under-occupying households to move to smaller housing.  While households with disabled children are exempt the under occupying rules apply to disabled adults below pensionable age. This could lead to households moving out of adapted housing and seeking smaller adapted housing. In turn this could lead to public expenditure removing and adding adaptations.

An accessible housing register (AHR) is a way to address these issues. An AHR is similar to a common housing register compiled by social landlords for an area except that it also identifies accessible housing stock, not just its location and size etc. An AHR could offer a comprehensive listing of accessible and adapted properties enabling accessible homes to be let via choice-based letting with bidders needing such properties given priority over all others. There are variations on this model including a more partial solution that simply lists available accessible properties rather than attempting a complete register of such stock.

AHRs are still in an early refinement phase and their effectiveness has not been fully assessed. My recent study of one AHR has just been published in Housing, Care and Support. It assesses the costs and effectiveness of one AHR which represents the state of the art. The analysis finds that the setting up of the AHR had substantial set up research costs in compiling a register of local accessible housing. However, detailed financial analysis suggests that an efficient full AHR could be more than justified by reducing the need for a relatively small number of adaptations in the first years of a tenancy.

Even so the analysis also finds that there is scope for the AHR to be more efficient in matching households’ needs to adapted housing stock. There were still properties in the study area having adaptations removed at the same time as substantial expenditures were being incurred in adding the same features to others or replacing those removed. From a wider perspective the letting data from the study indicates that households with accessible/adapted housing needs are already a substantial constituent of the demand for social housing. This demand will inevitably expand as the population grows older. The study concludes that an AHR is a useful catalyst for identifying and addressing accessible/adapted housing needs at a strategic level.

It should be noted that it may not be possible match all adapted housing to households’ needs even where the demand for accessible housing outweighs the supply, as in the study area. This is because of choice based lettings system in which tenants bid for social housing. Housing choices and bids by (prospective) tenants are not simply based on whether a house is adapted but also its location (including nearness to relatives) and the other physical characteristics, for example size and type. Nevertheless AHRs provide a wider information framework for rational decisions as a basis to a more efficient allocations system.

To conclude the profile of social housing tenants will grow more elderly in line with national trends. The demand for accessible housing will as a consequence increase substantially for the foreseeable future. Spending on adapting housing will have to rise to meet these needs. With continuing long term financial austerity there will be a growing pressure on social landlords to achieve value for money. The present debate on the integration of social and housing care needs to broader, not just about the physical characteristics of housing but encompass social housing allocations. We cannot afford a mismatch between the (excess) demand for accessible housing and the stock of adapted housing. The expansion of AHRs is the way forward to maximise housing resources and help meet the needs of the growing number of elderly tenants.

Note:  This article originally appeared on the Institute of housing, Urban and Real Estate Research (IHURER) blog and gives the views of the author, and not the position of the British Politics and Policy blog, nor of the London School of Economics. Please read our comments policy before posting.  Image credit: Schnaars

Colin Jones is Professor in the School of the Built Environment at Heriot-Watt University.