Have you ever voted for another party because you felt that your party had no chance of winning the seat? If yes, then you might be among the 5 to 10 per cent of tactical voters. In this article, Michael Herrmann, Simon Munzert, and Peter Selb explain how, contrary to popular belief, the Liberal Democrats were the big winners of tactical voting in 1997 and 2001.

Tactical voting aims at influencing the outcome of an election. Some argue that it’s unethical to vote tactically because you don’t vote for the party you really prefer. Yet, the system of first past the post doesn’t exactly reward loyalty if loyalty means voting for a party that stands no chance of winning. In these situations, voters might be forgiven for trying to make their ballot count by voting tactically.

The common belief is that tactical voting hurts the Liberal Democrats

To our surprise, we found that such conventional wisdom can be very wrong. In fact, tactical voting won the Liberal Democrats more seats than it did for Labour or the Conservatives in past elections.

By looking at the 1997 and 2001 general elections, we tried to determine the effect that tactical voting had on the number of seats won by each party. We considered all 528 constituencies in England. In line with common wisdom, we found that most tactical votes went away from the Liberal Democrats and towards the other two parties. However, when we looked at constituencies where tactical voting may have flipped the outcome, the Liberal Democrats turned out to be the clear winner.

For 2001, which had a very similar similar outcome to that of 1997, our results suggest that tactical voting won the Liberal Democrats 12 seats and Labour only 3.

Why did tactical voting benefit the Liberal Democrats? Initially, the result seems paradoxical because our calculations also indicate that most tactical votes were not for the Liberal Democrats. A closer look at the results, however, revealed two explanations: one has to do with geography; the other has to do with voters’ tendencies to vote tactically.

The possibility that tactical voting may have helped the Liberal Democrats in the past has not escaped scholars. Yet in our study, we applied Bayesian image reconstruction techniques to data sets containing survey responses from thousands of voters. We were thus able to compare voter preferences in each constituency to the actual voting returns. This puts our inferences on a much more solid footing than previous studies.

Our study looked at the 1997 and 2001 elections so we can’t really say whether the Liberal Democrats benefited from tactical voting at later elections. This would seem less likely for the most recent election, given the Liberal Democrats’ weak electoral performance. But in 2010, for example, things could have been different. What our results show is that simple rules of thumb about who wins or loses from tactical voting can be very misleading.

Note: the article represents the views of the authors and not those of the British Politics and Policy blog nor of the LSE. Please read our comments policy before posting.

Michael Herrmann is Senior Lecturer at the Department of Politics and Public Administration, University of Konstanz

Simon Munzert is a Postdoctoral Fellow at the Department of Politics and Public Administration, University of Konstanz

Peter Selb is Professor for Survey Research at the sDepartment of Politics and Public Administration, University of Konstanz 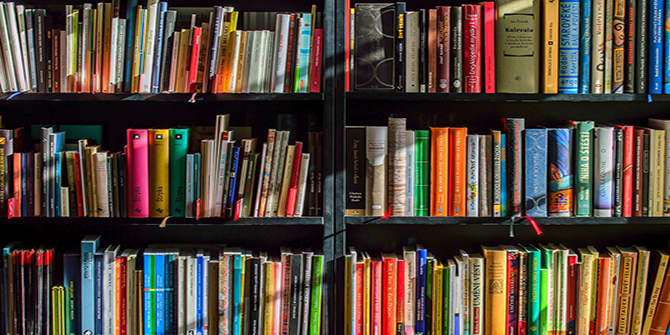