In an astounding blow to the government’s decision to drastically cut access to legally-aided counsel, a judge yesterday ordered a stay (rather than an adjournment) to a complex fraud case as the defendants could find no lawyers to take the case. This decision was rooted in the right to a fair trial and may have significant implications for future cases: we may see a succession of suspects walk free for want of adequate legal representation. Conor Gearty writes that the administration of justice is not something to do only when you feel like it and the coffers allow.

The decision on 1 May by His Honour Judge Leonard QC at Southwark Crown Court to order a stop to a complex fraud case on common law and human rights grounds is of the very highest significance. The evidence in the case (against five defendants with three more to come) was complex, over 46,000 pages. This was to have been an early example of such proceedings taking place under a new Ministry of Justice dispensation which is intended to deliver such litigation for 30% less fees than legally-aided counsel had hitherto received. This might sound good on the floor of the House of Commons and at Tory party conference, but we do not have a nationalised legal service, and nor do we live in an authoritarian state where professionals can be relied on to do as they are told. Solicitors for the defendants tried over 100 sets of barristers, a public defenders’ service and some ninety solicitors’ firms that have lawyers who can argue in court. None were willing to act. Moreover, try as he did, the judge could not work out how the case could ever be heard, and there being no realistic prospect of this, a full stay on the proceedings rather than an adjournment was what was called for.

The legal basis for the decision is rooted in English common law which is determinedly committed to a fair trial, and this is reinforced by the Human Rights Act 1998 which expresses the same idea in terms of a right to a fair trial (in Article 6) and in particular through the guarantee each person has (in Article 6(3)(c)) ‘to defend himself in person or through legal assistance of his own choosing or, if he has not sufficient means to pay for legal assistance, to be given it free when the interests of justice so require.’ The effect of the stay on proceedings is likely to be that they will never go ahead since Article 6 also requires trials to be held within a reasonable time. 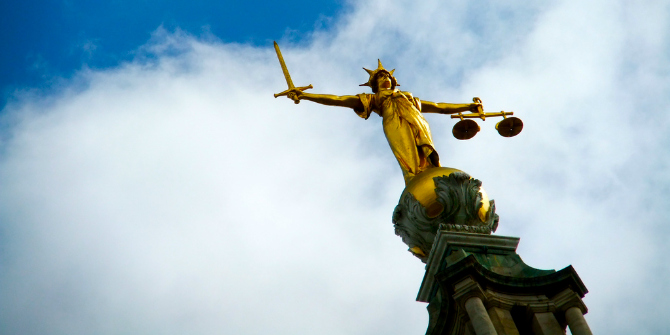 What will happen? There might be an appeal – though it is hard to see how any other decision could have been reached on this particular set of cases. Looking to future cases, there might be a fudge with a tweak to the current fees cut in these complex cases allied to an expansion of the capacity of public defenders and a climb-down by enough barristers to restore supply. As Richard Moorehead points out in his excellent blog, the Lord Chancellor Chris Grayling may simply go on the offensive, parading the fees foregone as more than enough and evidence of the poisonous affluence of these fat cat lawyers. But there is no guarantee that he would win this argument. And while he has it, expect a succession of suspects to walk free for want of adequate legal representation. If any of the right wing papers were to get it into their heads to run a ‘lawless Britain’ campaign he might be in serious trouble.

The ‘bad guy’ here may not be the suspects, nor the lawyers, nor even that reliable old standby the Human Rights Act. It might just be the man proud of his detachment from the law, his distaste of lawyers and his lack of understanding that the administration of justice is not (yet?) akin to maintaining roads or improving schools – something to do only when you feel like it and the coffers allow.

Note:  This article gives the views of the author, and not the position of the British Politics and Policy blog, nor of the London School of Economics. Please read our comments policy before posting. Image credit: James Cridland

Conor Gearty is Professor of Human Rights Law and Director of the Institute of Public Affairs at the London School of Economics and Political Science.