Patrick Seyd writes that while parliamentarians are in a much better position to decide who should lead the party than party members, in recent years the balance has shifted in favour of the latter. This plebiscitary politics negatively affects both the quality of political leadership and of decision-making.

Britain’s decision to exit the European Union has placed its two-party system under greater strain than at any time in the past 100 years. Unity in both the major parliamentary parties has so collapsed that members of the Conservative Cabinet and the Labour Shadow Cabinet have openly defied their party leaders and remained in post. Collective responsibility – a fundamental feature of the party system – has all but disappeared.

This strain on the party system has been exacerbated by rebellion at the parties’ grassroots. Party members have powers, some recently gained, which they are unafraid to use. MPs face the increasing threat of no confidence votes and de-selection if they dare to assert their own judgement over that of their local party members. Furthermore, MPs may now have a party leader, who would not be their first choice, thrust upon them by members. A significant shift in the balance of power between parliamentarians and party members has occurred. Which raises the question – has the shift in power to the parties’ grassroots gone too far?

The shift in power: the story so far

After 1945, and because of the strict spending limits that parties were obliged to observe in general elections, members were regarded as a valuable, free campaigning resource. As a reward for their campaigning efforts, members were granted the power to select their constituency parliamentary candidates. Nevertheless, once selected, MPs took their cues from their respective party leaderships. Occasional clashes occurred between party leaderships and activists, but the prevailing conventional wisdom was that expressed by Robert McKenzie ‘…the mass parties are primarily the servants of their respective parliamentary parties; …their principal function is to sustain teams of parliamentary leaders between whom the electorate is periodically invited to choose.’

Notwithstanding this conventional wisdom, from the 1970s onwards, members’ demands for greater powers became more insistent. On the Labour side were demands to make it easier for members to deselect MPs, to have a greater role in drawing up the party’s general election manifesto, and to be a constituent part of the electorate choosing the party leader. On the Conservative side were demands for MPs to be selected by a ballot of all individual members of a local association, for the right to deselect a sitting MP, and for members to have an input into the party’s policy-making procedures.

The forward march of Labour Party members has since been in a fairly steady straight line, albeit with considerable intra-party battles, on the way. Firstly, with regard to the choice of leader, whereas he was chosen solely by members of the PLP until 1981, and then until 2015 by an electoral college comprising members of the PLP, the constituency parties, and the affiliated trade unions, now it is individual members and registered supporters who make the choice. The one significant power still residing with the parliamentarians has been the nomination of leadership candidates which originally in 1981 stood at 5% of the PLP, raised to 12.5% in 1988 and at present stands at 10%. However, even this nominating power being solely in the hands of the parliamentarians has now been modified by the 2018 party conference decision to give party members a role as well. A candidate for the party leadership can now be included in the ballot if s/he can secure the support of 10% of constituency parties and just 5 per cent of the parliamentarians.

Secondly, with regard to the selection and reselection of Labour MPs, after an intense intra-party battle, the decision was taken in 1979 to make it easier for constituency Labour parties to deselect their MP. However, the demand that all Labour MPs should go through an automatic reselection procedure prior to every general election was resisted. In 1990 some security for MPs was provided by stipulating that a ‘trigger ballot’ be first required in their constituency party, and if two-thirds of local branches voted to retain their MP then no reselection ballot would take place. Additional protection for MPs came during Tony Blair’s premiership with the number of approving branches being reduced to 50%. But the demand for an automatic reselection process resurfaced following Jeremy Corbyn’s election as party leader, given impetus by Corbyn’s initial difficulty in securing the nominative support of 35 MPs and then given even greater impetus by the PLP’s vote of no confidence in him in June 2016. At the 2018 party conference it was agreed that reselection of a sitting MP would occur if one-third or more of local party branches and other local affiliated organisations (i.e. trade union branches) voted in favour of such a move.

Thirdly, with regard to the making of party policy, in 1980 members had been granted a specific role via the party’s National Executive Committee in drawing up the party’s election manifesto. However, in response to their marginalisation in the policy-making process during the Blair/Brown years, the party’s Democracy Review (2018) accords them a more significant role in policy-making. Hence parliamentarians and their research advisers are downgraded within the new NEC Policy Committee and the sub-committees to an ex-officio role while constituency party and trade union representatives are given pride of place.

By contrast, the forward march of Conservative members was halted almost as soon as they set out to increase their powers. Reforms introduced by William Hague in 1997 and by David Cameron in 2005 eliminated key institutions of the grassroots party, such as the National Union of Conservative and Unionist Associations, the Central Council and the Conservative Political Centre, and reduced members’ role in the selection of parliamentary candidates solely to final approval from a list determined by the party leadership. The only power of any significance was Hague’s concession of the final say in the choice of party leader. The leading two candidates chosen by parliamentarians would be presented to the membership for the final decision. And since the introduction of this power, on only one occasion (2001) prior to 2019 has the membership been able to exercise their preference in the choice of party leader.

Rather than the forward march, it is the retreat of the party membership in all but the choice of the party leader which is the dominant theme. Indeed, one explanation why the Conservative Party, in contrast to all other British parties, has failed to stem its membership haemorrhage over recent decades is its failure to provide any significant incentives to individuals considering joining.

Previous research on Labour and Conservative members revealed that while they were more socially distinct than their respective voters – more white, middle class and middle aged – their political opinions were not significantly at odds with those of Conservative voters. Members were likely to hold their opinions more strongly than voters but they were not that far out of line.

Using data from the British Election Study (2018) it is possible to test whether this claim still holds. With regard to Labour, the data reveal that both members and voters share a similar enthusiasm for the European Union and both favour a second referendum on Britain’s relationship with it. With regard to immigration, members are more strongly attached than their fellow voters to the view that it enriches cultural life but the difference is one of strength rather than of principle. Further, the data reveal that on a range of economic issues, the two groups are in accord; but on libertarian ones (for example, death penalty, sentences for law breaking, film censorship, authority in schools) there are significant differences. Overall, therefore, the accord between Labour members and voters still remains but as identity becomes a more prominent feature of political debate there is the danger of a significant discord emerging.

With regard to Conservative voters and members, they both share a similar antipathy towards the European Union and towards a second referendum. The two also shared similar views on immigration. On economic issues we find that Conservative members are less inclined than Conservative voters towards equality. For example, two-thirds of members and only one-half of voters disagree with the view that ‘government should redistribute incomes’, almost one-half of members and one-fifth of voters disagree with the statement that ‘ordinary people do not get their fair share’ and, finally, one-half of members and one-quarter of voters disagree with the statement that there is ‘one law for the rich and one for the poor’. On libertarian issues, voters are more at the authoritarian end of the spectrum than members but by only a matter of degree. Apart from some economic issues where the two groups’ opinions do differ quite significantly, in general the membership is not unrepresentative of the party’s voters.

On the basis of this evidence on both parties’ memberships we can conclude that they still hold their views more strongly than their voting counterparts but that the contrast is not that great.

Parties need members to help finance their activities, to act as campaigners, and to provide a talent pool from which future representatives are drawn. In order to recruit them, parties need to provide incentives that will encourage individuals to join. One key incentive is selecting the personnel who will be their representatives; and, in particular, in electing their party leader. In carrying out this role members need to seriously consider the skills required of political leaders. Archie Brown suggests that these include personal integrity, intelligence, articulateness, collegiality, flexibility, courage, vision, empathy, boundless energy, a good memory, shrewd judgement, a willingness to seek disparate views, a questioning mind and an ability to absorb information. Who is better able to assess whether leadership candidates possess these qualities? Parliamentarians working together day in and day out are more likely to be better judges than party members and for this reason parliamentarians should be given the primary role in the choice of a party leader. Firstly, nomination of party leaders should be the sole responsibility of MPs – as is the case in the Conservative Party. Secondly, the bar should be set high – namely leadership candidates should be required to obtain nominations from at least 20% of his/her parliamentary colleagues.

The forward march of party members has been just one feature of the waning influence of the representative ideal. The deliberative skills of the representative are being replaced by the immediate voice of the public. In the case of parties, the choice of their leaders and their elected national and local representatives is being decided by the members in ballots. But this plebiscitary politics has its dangers. Both the quality of political leadership and of decision-making may suffer. What is required is a balance of the wisdom and experience of elected representatives with that of individual members. Today that balance has shifted too far towards members at the expense of representatives, and British politics is the worse as a consequence.

Patrick Seyd is Emeritus Professor of Politics at the University of Sheffield. 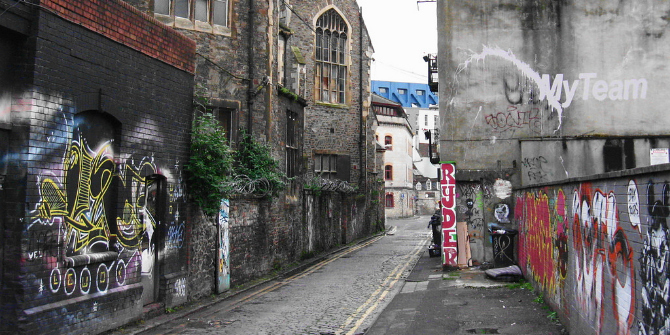