Putting user needs at the centre of IT service design can have real benefits in terms of take up of government service delivery. In this piece, Edgar Whitley shows how the GOV.UK’s Verify service addresses real user needs and has resulted in a far higher number of verified identities than the previous identity cards scheme.

The 2011 House Commons Public Administration Select Committee report on Government and IT advocated a “new approach” to systems development suggesting that the government move towards the use of “agile and iterative development methods” that would be more responsive to constantly changing requirements.

The Government Digital Service (GDS) has been a leading advocate of the use of agile methods in government with GDS design principles stating that the design process must “start with identifying and thinking about real user needs” and emphasising that the best way to build effective services is often to start small and then “iterate wildly”, responding in an agile manner to user feedback. This “makes big failures unlikely and turns small failures into lessons”.

Despite claims that using agile methods can result in cost and time savings, agile methods alone will not necessarily solve all IT problems, particularly if the needs of key user groups are not considered. For example, the recent redesign of the Visa and Immigration website did not appear to focus on the needs of specialist users (lawyers and immigration sponsors such as universities and businesses).

Other GDS projects are, however, demonstrating the benefits of focusing on user needs. In particular, the GOV.UK Verify service, part of the Government’s Identity Assurance Programme, highlights the benefits of directly addressing user needs.

The previous, scrapped identity cards scheme had been characterised as an identity management scheme where “an organisation keeps a close track of people and their movement”, an approach that “suggests data sharing and database consolidation, concepts which principally serve the interests of the owner of the database, for example the Government or the banks”. With only limited apparent uses of the identity card, unsurprisingly there was little demand for the cards and, according to a parliamentary written answer, only 14,000 cards had been issued by 31 May 2010 (The coalition government had announced their intention to scrap the Scheme following the general election on 6 May 2010).

In contrast, the thinking behind Verify’s identity assurance service is of a “consumer-led concept, a process that meets an important consumer need without necessarily providing any spin-off benefits to the owner of any database”.

For example, in order to file self-assessment tax returns online individuals must have a suitably secure login. The existing process involves creating a Government Gateway account and this takes up to 10 working days because of the need to send an activation code in the post. This is clearly ineffective for those people who realise that they need (or have lost) their government gateway account details in the last few days before the online tax return deadline of 31 January.

For those individuals who have access to the relevant identity evidence, the one-time creation of a verified identity using Verify takes around 10 minutes. By extending the Verify HMRC trial to include the tax return deadline individuals who didn’t have a suitable Government Gateway account were able to submit their tax returns on time and thereby avoid the £100 late filing penalty.

GDS has enabled a series of service dashboards where it is possible for anyone to see how the Verify service performed during this period:

The number of user “sign ins” is noticeably higher than the number of verified accounts because a) individuals may sign in more than once whilst completing their return; b) submitting the final tax return requires an additional “sign in” to confirm the submission.

More recently, Verify has been used as the online mechanism for claiming married tax allowances. Despite some claimants having problems with providing, or verifying, their identity evidence to set up a verified identity, a further 235,000 verified identities were created between 2 February 2015 and 5 July 2015, as well as 178,000 basic accounts that satisfied the identity assurance requirements for this particular service. These basic accounts can be upgraded to fully verified identities when further identity evidence is provided. During the beta phase, alternative enrolment mechanisms (eg. via telephone support helplines) are also available.

Note: The complete live performance data can be found here.

The verified identity accounts can now be used for any of the various government services that will draw on the Verify identity platform. By focusing on user needs, rather than creeping compulsion GDS has built a service that, even in beta, has a far higher take up (and usage) than the previous identity cards scheme demonstrating that, when done right, a clear focus on user needs can lead to real benefits for users and service providers alike.

Edgar A. Whitley is Associate Professor (Reader) of Information Systems in the Department of Management at the London School of Economics and Political Science. Edgar was the research coordinator of the influential LSE Identity Project on the UK’s proposals to introduce biometric identity cards; proposals that were scrapped following the 2010 General Election. He is co-chair of the Identity Assurance Privacy and Consumer Advisory Group for the Cabinet Office. 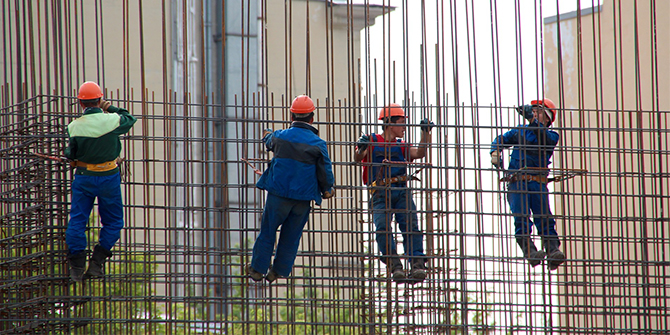 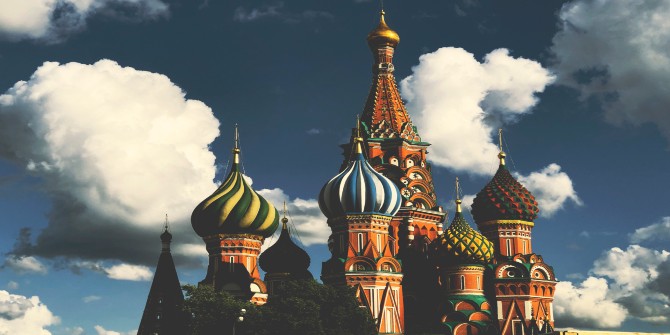