With 4 months to go until this year’s election and politicians already hitting the pavement, this campaign will be very long indeed. Charlie Beckett writes that it is quite clear that more time and space just means an even more sterile, defensive, fact-free campaign.

In academic political communications studies there is this idea of the ‘informed society’. I even once chaired a World Economic Working Group devoted to realising it. It suggests that given enough time and media resource you can make sure that voters have all the facts and arguments to make considered, evidence-based judgements when they make their choice at an election. And so rational discourse will triumph over knee-jerk reactions and emotional responses. This year’s UK election is about to smash that theory to smithereens. 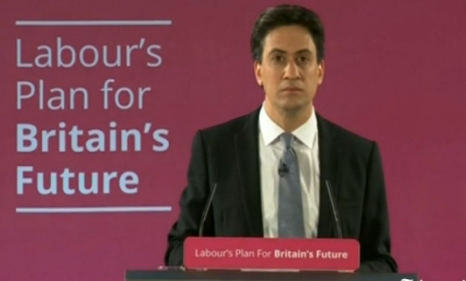 It should all go so well. We have four months before the poll on May 7th. You could pass an undergraduate degree in political science in that time. We have more political media than ever before to give voters the facts, analysis and comment. The politicians have over 20 weeks to put their policies to the people in as much detail as they wish. Thanks to the Internet and social media there is an almost infinite space for this information and boundless channels to put in front of people’s faces – just a thumb swipe or a click away. Those same social networks (plus a deluge of polling) also provide the public the chance to chat amongst themselves and feedback to the politicians and hacks.

And yet, after the new year campaign start, it is quite clear that more time and space just means an even more sterile, defensive, fact-free campaign. The familiar litany of patronising posters, dodgy dossiers on opponent’s policies and hysterical shroud-waving is not whetting anyone’s appetite for the coming competition to run Britain. 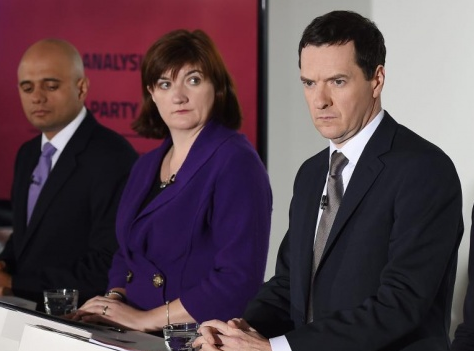 It’s not really the journalists’ fault. They will fact-check away and stage endless debates where they try to get politicians to admit that they don’t really have a sure-fire plan to solve all our problems. Yes, the news media will concentrate too much on monitoring the spin but we’ve already seen some good efforts to dig deeper. For example, Fraser Nelson, editor of the right-wing magazine the Spectator has done thorough work exposing the illusory nature of the Conservative’s claims on deficit reduction.

In a way it’s not the politicians’ fault either. I don’t think they realised quite how boring fixed term elections are going to make campaigns. Today the main party spokespeople were acting like party-goers who had turned up much too early for a celebration. There they are in their best party-clothes desperate for a drink and a dance and there’s no-one else arrived. By the time everyone else turns up they are going to be too drunk even to fight amongst themselves, let alone make friends.

At a time when it’s going to be harder than ever to convince a sceptical, distanced public that politics matters, it seems the main parties are going for the security of the standard safe campaign. Say little, repeat it often.

Update: The Independent’s John Rentoul captures my ambiguity about this campaign nicely in this this article – it is going to be fascinating, but not for ‘normal people’.

Note: This article originally appeared on the LSE’s POLIS blog.