For over a century, housing has shaped British political economy and has both consolidated and divided the two major parties, writes Ewan Gibbs. He outlines the centrality of housing policies in British history, and argues that strategic adjustments will be key in adapting future policy to popular morality and structural economic forces.

From Lloyd George’s infamous call for a government which would build ‘homes fit for heroes’ for returning First World War veterans, to the Conservative cry of transforming Britain into ‘a property-owning democracy’, housing has been a shibboleth in British politics throughout the mass enfranchised era. Housing tenure and building have also been key in distinguishing ideological visions in Britain’s political economy. The centrality of state action and public housing provision to the social democratic outlook during Labour’s ‘forward march’ between the 1920s and 1970s was one of the dragons Thatcherism determinedly slayed.

We are presently living with the consequences of “Right to Buy”, the largest and most personal of privatisations, which transformed the housing landscape during the 1980s and 1990s: 2.2 million homes were transferred from the public to private sector between 1980 and 1996. Home ownership has been entrenched as a cultural signifier within an economic model that increasingly depends on property and real estate for growth. Owner occupiers have come to balance stagnating wages against the rising asset value of their home. The horrendous events at Grenfell Tower have raised housing provision to the forefront of political attention, forcing attention not just to the details of the fire, but also to the policies and decisions which allowed it to happen. These developments also come with a more general sense of crisis for the fate of the property-owning democracy, as the private rented market grows and home ownership becomes an increasingly distant goal for much of a younger generation.

The development of the political economy of housing in the UK is highly tied to state action and responses to the perceived failure of the property market to deliver equitable results. Despite the claims of many Conservative figures to favour laissez-faire solutions, this is true across the board in terms of policies applied in government. The origins of the modern era of major state involvement in housing lie with Lloyd George’s pledges to dramatically increase public housing provision after the First World War.

Lloyd George trod a now well-worn path by using housing policy as both “a pawn in its complex relationship with labour”, and as a “major weapon” in maintaining social order. He was reacting under pressure from the development of a working-class politics that used industrial and community activism to campaign for housing reform. The most famous episode was the 1915 rent strike on Clydeside which resulted in the passing of the Rent Restrictions Act, which set in train a legislative obligation on government to set a rent cap which lasted into the 1980s. These movements also established a Labour voting coalition that united workers across traditional lines of gender and occupation around a collectively-held interest when workers were still overwhelmingly private tenants.

The story is far from a straightforward one of social democratic development until neoliberal assertions in the 1980s. Affluence in the era of ‘you’ve never had it so good’ during the 1950s and 1960s meant private home ownership, especially for skilled and semi-skilled workers enjoying a novel era of wage stability and access to mortgages. So, by 1960 UK home ownership rates stood at 42%. The Labour Party was torn, having to negotiate between a commitment to extending public housing and the interests of home-owning affluent workers.

During the late 1960s Anthony Greenwood, Harold Wilson’s Minister of Housing, clashed with the Conservatives by limiting sales of council housing by Tory councils. Edward Heath pre-empted ‘Right to Buy’ by legislating for discounts for council tenants to be able to buy their housing at 20% during the early 1970s. Thus, the political forces which propelled ‘Right to Buy’ had longstanding precedents in political dilemmas facing both Labour and Conservative politicians that continue today.

Recent years have revealed a more open conflict over objectives. In 2015 Ed Miliband’s ‘mansion tax’ became a key controversy with essentially existential elements over private property rights and the legitimacy or otherwise of ‘aspiration’ to homeownership. Following the events at Grenfell, these implications reached a new height. Labour politicians, including not only Jeremy Corbyn but also those associated with the party’s ‘moderate’ wing, such as Harriet Harman and David Lammy, have spoken in support of requisitioning empty housing for those left homeless by the fire.

The horrendous circumstances and failures of public management before and following the disaster no doubt stimulated these responses, with polling showing over 50% of the public is supportive of these calls. However, they can also be identified within more general trends, especially visible in London. Thus, Sadiq Khan’s London mayoral campaign in 2016 made play of levels of foreign ownership of housing and pledged to crack down on empty properties which pushed up prices. 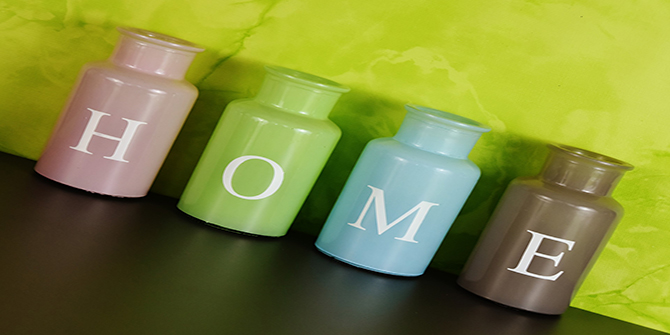 There is a fundamental dilemma now facing both Conservative and Labour strategists moving forward. With rates of home ownership at their lowest levels since the mid-1980s, it is clear that the property-owning democracy is no more. These trends are most strongly felt among the youngest generation who are becoming first time buyers at far lower rates than during the years of easy credit. At the recent general election, a stark divide between owners and renters was revealed, with around 50% of owner occupiers voting Conservative and only 30% Labour, with the inverse being the case for tenants. This speaks to the failure of Conservative policies such as ‘help to buy’, which are meant to bridge the growing gap between the costs of home ownership and stagnating incomes and insecure employment.

It is evident these measures are failing to defy structural economic gravity. From a Labour perspective, there is an almost inverse problem. Large sections of the Labour vote, and some of those the party need to convince to vote Labour, are home owners who have taken the Faustian bargain of exchanging the wage rises of the social democratic golden age for the house price increases that have prevailed since the 1980s. These are the products of the ‘rigged system’ that Corbyn gained popularity railing against which have accrued some benefits for middle income workers. This fissure will have to be navigated if Labour is ever to implement a far-reaching programme of the sort promised in its 2017 manifesto, but it will mean confronting real material conflicts of interest within its base.

Housing has fundamentally shaped British political economy for over a century. It has both consolidated and divided the voting coalition of both the major parties. In coming years, new strategic adjustments will be key in adapting policy to popular morality and structural economic forces.

Ewan Gibbs is Early Career Lecturer in Sociology and Social Policy at the University of the West of Scotland.