Is Englishness a contemporary invention or a resurgent sensibility? What is the shape and character of a re-awakened sense of English nationhood? The complexity and difficulties inherent in answering these and other questions means there is a growing imperative for political scientists to reflect more self-consciously upon questions of evidence, methodology and interpretation in this area, writes Michael Kenny.

The question of how the English perceive their national identity has made a dramatic entrance on the political scene in the last few years, and has moved onto the radar of a growing number of politicians, political commentators and social scientists. It brings with it an urgent set of historical and normative challenges. Does Englishness, as is widely assumed, represent a largely unaltered seam of cultural nationalism which predates, and may well outlast, the efforts of political elites since the eighteenth century to disseminate an encompassing British nationhood? Or is it better seen as a contemporary invention – forged from longstanding materials – designed to serve as a vehicle for a range of current social aspirations and cultural anxieties? Has Englishness become politicised, and how should politicisation be defined and measured in this context? More fundamentally still, we need also to ask if the resurgence of an English sensibility (which tends to be more strongly felt by those living furthest from London) is a further manifestation of the revolt against the power-hoarding and centralised model of UK government which has long been underway elsewhere in the UK.

An important dynamic behind growing interest in this topic is the widespread belief that higher levels of Eurosceptic sentiments in England (in comparison with other parts of the UK) may well reflect the development of a more insular and resentful sense of nationality among the UK’s ethnic and national majority. Some observers have gone so far as to argue that it is in fact the English, not the Scots, who are incubating the kinds of resentment and disenchantment that are more likely to pose a threat to the long-term viability of the Union. There is certainly a considerable body of evidence indicating a quite significant growth in the number of people, living in England, who are more inclined to identify themselves in national terms as English, not British, and some recent polling reports a growing correlation between such sentiments and individual-level attitudes towards the European Union and the domestic Union.

But care needs to be taken when characterising the mood or identity of the English. Polls consistently report that a clear majority of people living in England still see an affiliation to Britain as either synonymous with being English, or as an important, additional form of identification. And there are important variations – according to class, ethnicity and geography – that disrupt any simple idea of a uniform growth in English national sentiment. Most strikingly of all, most English citizens from ethnic minority backgrounds still identify overwhelmingly with Britishness, and detect in Englishness an expression of ‘white’ ethno-cultural identity (although there are also some intriguing signs that this attitude may be shifting within some BEM communities).

There is, then, a growing imperative for political scientists to reflect more self-consciously upon questions of evidence, methodology and interpretation in this area. Much of the relevant polling tells us very little about how salient are people’s feelings about the issues on which they are quizzed. And while political scientists and commentators typically see devolution as a trigger for an English backlash, there are few signs that the issues associated with it resonate strongly with English publics. As a consequence, other potential causes and ramifications of its re-emergence have been obscured by this constitutional focus. Little attention has been paid within political science to the qualitative dimensions and meanings which this form of collective identity has come to embody.

This weakness is especially apparent if we consider the welter of insights generated by a growing body of work examining how English identities are created and claimed in contemporary society that has emerged from other, nearby disciplinary fields. Such studies tend to employ qualitative methodologies, and explore the appeal and character of contemporary forms of Englishness within the lived experience and everyday reasoning of different groups of people. A number of these studies observe an important connection between an angry and populist nationalism and the identification of various ‘others’ (especially radical Muslims) as threats to the English ‘heartland’. Others chart the growing importance in recent years of appeals to English tradition and culture as a frame of reference through which unease about deep-seated changes in the political economy and social character of the country are expressed.

In political science, by contrast, the conventional assumption remains that a more assertive sense of Englishness constitutes an overdue backlash against the model of devolution introduced by the first Tony Blair government in 1999. In fact, disaffection on issues such as the West Lothian question, or the allocation of funding across the UK, may be better seen as a manifestation of a deeper-rooted and complex mixture of resentment, democratic disappointment and anxiety – and the latter has some of the hallmarks of the kinds of ethnic-majority nationalism apparent in other western societies.

Chronologically there are good reasons to believe that it was in the decade prior to 1999 that the roots of this complex shift in national consciousness can be discerned. In those years a potent combination of an emerging Euroscepticism and an extended bout of elite-level soul-searching about the viability and prospects of the UK created the space for the renewal of interest in avowedly English symbols and forms of identification which had hitherto been the preserve of eccentric or extremist-political elements.

One further analytical weakness also needs to be jettisoned if the richness and significance of ideas about, and claims upon, English nationhood are to be grasped by political analysis – the habit of essentialism. The progressive assumption that Englishness amounts to a quintessentially nostalgic and Arcadian fantasy, rather than a modern form of egalitarian nationalism, has cast a long shadow over much academic analysis of this phenomenon. It may well have led to an under-estimation of the variety of ideologically rooted arguments that can be made in relation to English tradition, and the importance of recent attempts to shape a modern English imaginary rooted in the realities of modern urban life.

These weaknesses have inhibited an appreciation of the fluidity and contested character of England as an imagined community. In recent years there has been several rival, loosely political understandings of English identity. These include projections of Englishness as: a vehicle for resentments directed both at various national ‘others’ and in opposition to political and economic elites; a broadly conservative idiom which remains Anglo-British in kind and is more constitutionally moderate in implication; and as a multicultural, liberal nation, which – as much elite political thought during the late nineteenth and early twentieth centuries insisted – can sustain the image of the English as a tolerant and politically moderate people, whose sense of nationality does not hinge upon a narrow sense of ethnic heritage or bloodline. There is an on-going political contestation happening over and around Englishness – marshalled around these competing visions – which exists at some remove from the domain of constitutional policy, though which may now be feeding back into shifting attitudes towards issues such as the EU and the domestic union.

Critical re-assessment of conventional wisdom on this topic is now overdue, and this topic is starting to attract the interest of experts from a wider range of sub-fields, including the comparative study of post-imperial nationalism, the intersection of party politics and territorial identity, and normative political theory. England ought to be seen both as a laboratory for the study of the growing disquiet of ethnic and national majorities in the face of the perceived award of undue concessions and benefits to national, and other, minorities, and as a test-case for the growing disjuncture between the search for meaningful communities of attachment among anxious and fearful electorates, on the one hand, and the imperative to develop forms of multi-national association and co-operation in the face of the risks and threats associated with the world order and global economy,  on the other.  In the context of these increasingly divergent trends, the imagined national tradition of the English has become both a barometer and source of the expression of disaffection and frustration ‘from below’.

Studying England also provides an important opportunity to consider if a people who have for the most part been happy to define themselves in culturally conservative terms are able and willing to generate a new sense of belonging that might underpin a political, and not only cultural, sense of community. For public policy specialists, meanwhile, there is the intriguing question of how the structures and institutions that maintain UK-wide governance are responding both to the very immediate threat associated with the Scottish referendum, and to the slow-burning implications of the possibility that largest national public in the UK is no longer content with the terms of union – either domestically or in Europe. There is a particular imperative to consider whether ways can be found to accommodate new forms of national sentiment and emerging representative claims at a time when the United Kingdom will very likely be set on a different constitutional footing whether Scotland votes No or Yes in September.

Note:  This article was originally published on the PSA’s Insight blog and gives the views of the author, and not the position of the British Politics and Policy blog, nor of the London School of Economics. Please read our comments policy before posting. Image credit: Steve Webster CC BY 2.0

Michael Kenny is Professor of Politics at Queen Mary University of London and a Visiting Research Fellow at the Centre for Science and Policy at the University of Cambridge. His research on the ‘The Politics of English Nationhood’ has been supported by the award of a Leverhulme Trust Major Research Fellowship. His book on this topic is published by Oxford University Press on 11th March. There will be a panel discussion to mark its publication at 6.30pm, Tuesday 25th March at Queen Mary University of London (with Jon Cruddas, Matthew D’Ancona, Andrew Gamble and Judith Bara). Tickets for this event can be booked here. 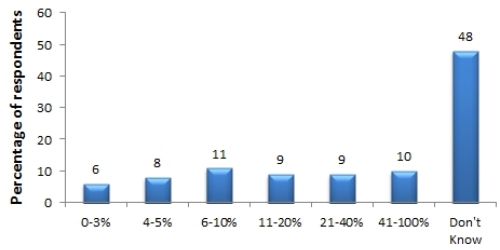 Invest in brains, not buildings, to raise scientific output and impact 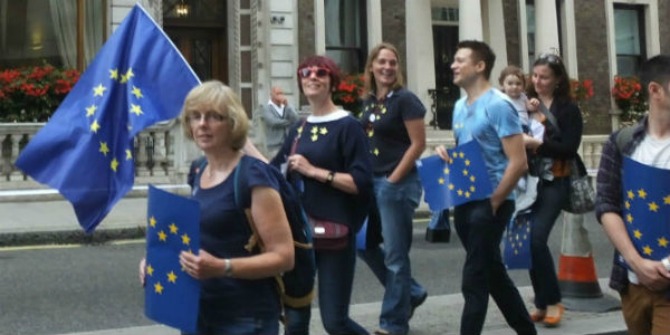 The welfare cap, bank capital and ONS revisions: Top 5 blogs that you might have missed this week