Kandida Purnell writes about the use of body-related metaphors in the transition between two monarchs, considering the British historical theological and legal traditions that provide the monarch with not one but two bodies.

The body politic is a rhetorical device often used to make political communities knowable as a human body – think, for instance, of phrases like ‘head of state’, the ‘public eye’, the ‘arm’ in army, and the ‘footmen’ who comprise it. In these ways, the thinking and practice of politics is profoundly embodied and embodies political communities through metaphoricity: the power of metaphor. In particular, political speech is frequently littered with body parts.

In times of transition and upheaval such oratory comes to the fore. The death of Queen Elizabeth II (and accession of King Charles III) has shown prime examples of this trait, because of the British historical theological and legal traditions that provide the monarch with not one but two bodies. In his maiden address as King, to the members of the House of Lords and Commons, in the Palace of Westminster (12 September 2022), Charles III explicitly acknowledged the lively and weighty body of our politic, referring to ‘vital parliamentary traditions’ and describing parliament itself as the ‘living and breathing instrument of our democracy’ the purpose of which he described as being to ‘maintain the principles of constitutional Government that lie at the heart of our nation.’ All this speech occurred while the dead body of his late mother, her Majesty Queen Elizabeth II, lay ‘at rest’ inside Edinburgh’s Palace of Holyroodhouse during its 500-mile ceremonial journey through the United Kingdom and towards its final destination and ultimate resting place of St George’s Chapel at Windsor Castle. However, the body politic is not just any body, but a very particular body.

The Queen Is dead, long live the Queen!

I am not the first to claim that the use of bodily metaphor in such contexts is more than wordplay. In his book, The King’s Two Bodies (1957) Ernst Kantorowicz famously traced the ‘mystic’ medieval theological and legal texts identifying the monarch as having two bodies: One mortal body (the ‘body natural’) and one immortal ‘body politic’ which ‘cannot be invalidated or frustrated by any disability in his natural body’ and meaning that ‘the King never dies’. Described as ‘more ample and large’ than the ‘body natural’, over time – from the first Elizabethan period onwards – the capacities of the immortal body politic were gradually mapped out and written into law by Royal jurists.

In relation to King James VI of Scotland and James I of England, they described how ‘this body is not subject to passions as the other is, nor to death’ and how ‘he [the King] and his subjects together comprise the corporation… he is the Head, and they are the members’. These two bodies came to provide the Monarch with twin legal identities – one as a mortal and one which ‘never dies’. So even the execution of King Charles Stuart for treason was done ‘without affecting seriously or doing irreparable harm to the King’s Body Politic’ and in this way greatly contrasted with events across the Channel where in 1793 the last French monarch Louis XVI was executed by guillotine and the French state was entirely transformed into a constitutional republic. Indeed, over and above this ‘mystic’ role, the body politic serves a material as well as metaphorical political function and continues to do so today.

Upon a Monarch’s natural death, such as that of Elizabeth II this year, Kantorowicz’s ‘King’s Two Bodies’ concept describes how the body politic (as immortal) does not die but is rather ‘transferred and conveyed over’ from one ‘body natural’ to another. At this time, we have witnessed just such a ‘transfer’ taking place (between Queen Elizabeth II and King Charles III).  It is a liminal time and certainly feels politically disjointed. Moreover, with Parliament taking a ten-day recess, the body politic (as well as the late Queen’s body natural) were ‘resting’ while the transfer takes place. Politically disjointed and delicate, for many people in the UK this transition felt as though we as a body politic are coming apart – a split body with Royalists on the one hand and Republicans on the other. In Edinburgh, for instance, a heckler was shouted down by the crowd’s reflex reactions to drown out criticism of Prince Andrew (the late Queen’s second son) with chants of ‘Long Live the King!’ Meanwhile, across the UK, debate continued over the appropriateness of a costly monarchical transition when other parts of the body politic were experiencing an increasingly unaffordable cost of even living itself. One political party (Sinn Fein) refused to attend the new King’s accession proclamation ceremony in Northern Ireland due to the event being (in their words) ‘intended for those whose political allegiance is to the British Crown’.

Inspired by Ernst Kantorowicz’s text,  Kate Cregan has recently picked up on the fragility of the transitionary, accession period, focusing in particular on a famous liminal episode – the 35-day period between Queen Elizabeth I’s 1603 death and her eventual burial. Cregan highlighted the simultaneous bodily and political desecration of Queen Elizabeth I’s twin bodies when, against her wishes, her body was opened for a post-mortem dissection by a gang of London ‘barber-surgeons’ in the runup to the state funeral. Cregan argued that: ‘the dissection of the Queen during the liminal period between death and interment, and its connection to both mapping and anatomy, undoes the supposed concomitant inviolability of the boundaries and borders of the state she worked so hard to embody.’ (2007: 52). The dissection uncovering a ‘membrana’ within Elizabeth I’s pelvis ‘that made her uncapable of man’ (what today might have been diagnosed as a disease like endometritis).

For Cregan then, this strange episode offended not only the dignity of Elizabeth’s human form and ‘body natural’ but that of the body politic and the very borders of the UK too. At a time when ‘the mapping of the country and the mapping of the human body underwent a significant conceptual shift’, it seems the undoing of the Tudor Queen also threatened to undo the nation. Perhaps, amongst many other factors this also helps explain why, over 400 years later, the late Queen Elizabeth II’s personal physician Professor Sir Huw Thomas and the House of Windsor were so guarded in his comments about the demise of our late Queen’s natural body.

At this time of transition, the body politic is still disrupted by the very trauma of the Queen’s passing. Like any moment of dramatic political upheaval, such trauma provides a chance to reset (and in this case reconfigure) the body politic itself. King Charles III used his maiden speech to restate the embodiment of the British people by metaphorically evoking the institutional limbs and their functions. In this way our re-embodiment provides an opportunity to consider the health of the present collective body and to ask what kind of body our contemporary politic(s) needs.

I ask my students every semester to consider these very questions and to map out the contemporary body politic for themselves.  In recent years they have  responded by explaining impressively detailed diagrams of increasingly grotesque and severely disabled bodies – struggling to breathe (through the effects of climate change), blind (due to mis/dis information),  or with protruding cancerous growths (due to acute social-political imbalance). Indeed, as a deeply unequal and increasingly polarised collective, I think we all ought to use ‘this time’ to think about the body parts being worn down and depleted. We can certainly consider how the body politic is made unwell through the demands of contemporary politics itself, while also questioning the traditions that keep the body politic ‘alive’ in this unfit condition through rituals surrounding the late Queen’s ‘two bodies’, such as those that recently played out from the Queen’s death until her final burial.

Note: the above draws on the author’s book Rethinking The Body in Global Politics. Bodies, Body, Politics, and the Body Politic in a Time of Pandemic, London and New York: Routledge.

Photo by Annie Spratt on Unsplash 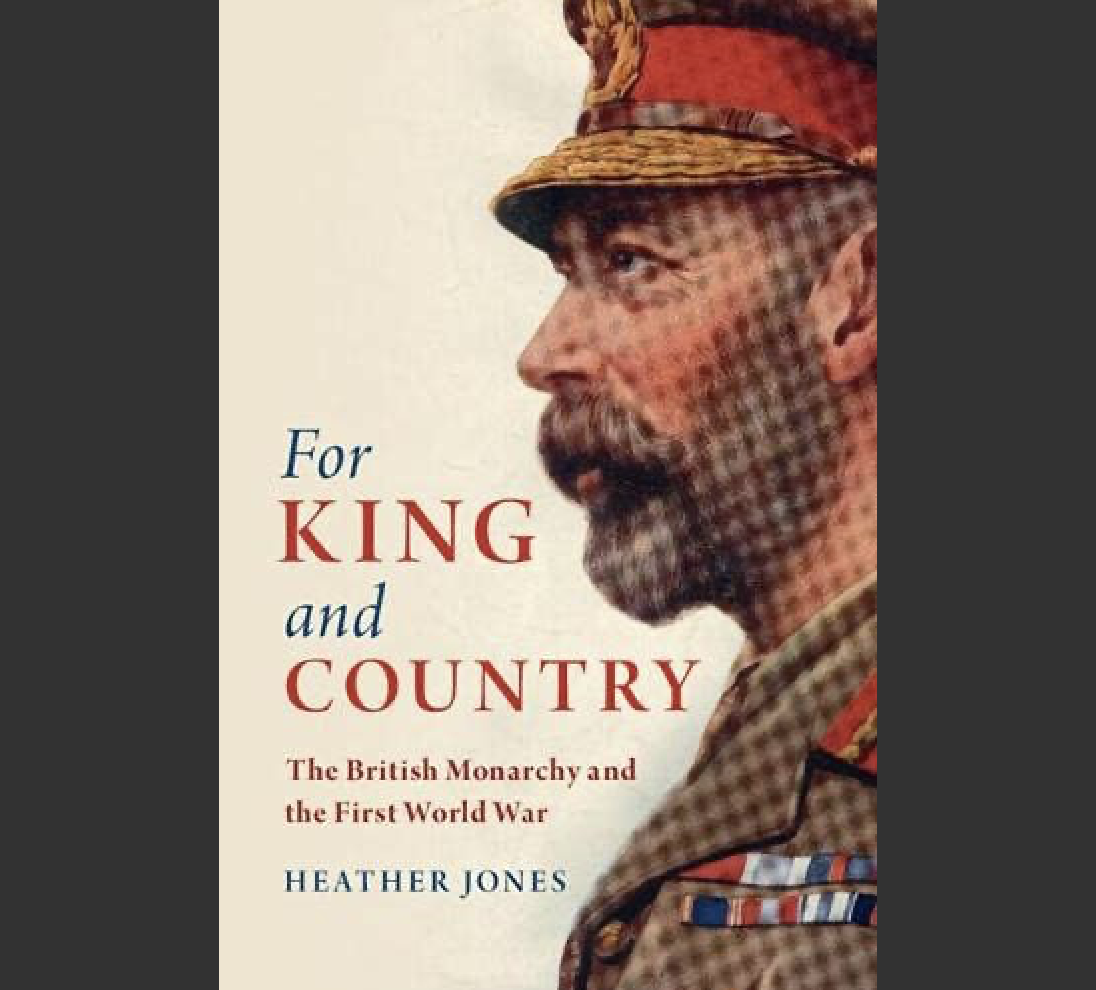 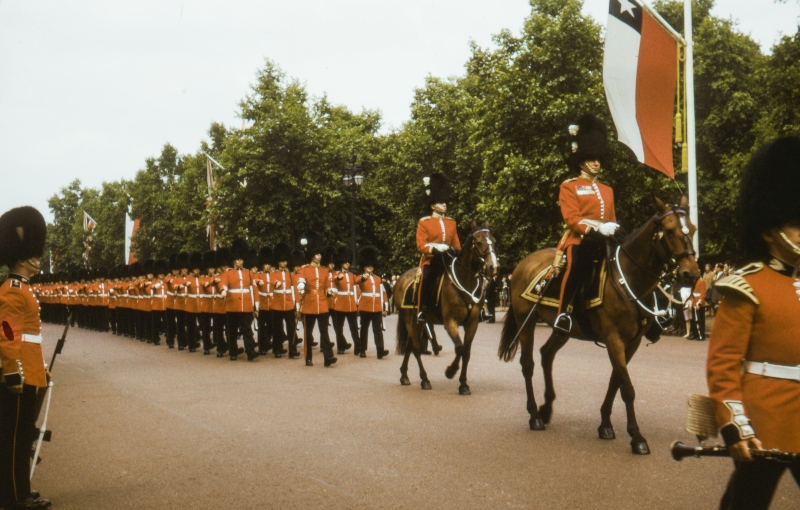