Mirko Draca explains the factors behind falling crime rates in the UK, examining research he and colleagues have conducted. The evidence suggests that education and labour market policies, and increased spending on police resources are amongst the reasons for this trend. However, as the economy struggles to emerge from recession and  inequality worsens, and as police budgets are curtailed, we can expect crime rates to level out and potentially rise.

There has been a substantial fall in rates of property theft and violent crime in the UK, according to a recent global analysis by the Institute for Economics and Peace. The statistics tell a consistent story: crime has fallen according to both the measure officially recorded by police and the measure based on ‘crimes committed’, as reported by individuals in the British Crime Survey (BCS). In particular, property crime fell by around 40-50% between the late 1990s and late 2000s. And while recording changes make it harder to pin down long-run trends in violent crime, there were still very clear drops in the late 2000s as well.

This is at odds with public perception of crime rates and discussion of crime in the popular media. A series of studies we have done at the Centre for Economic Performance (CEP) at the London School of Economics shed light on this transformation – what BBC home editor Mark Easton has labelled the country’s ‘riddle of peacefulness’.

There is no single factor that can be isolated as the main cause of falling crime rates. Our research shows that increased spending on police resources reduces certain types of crime, especially when linked to the introduction of new police practices. Crime reduction is also helped by policies that improve the education and labour market position of the unskilled, including the introduction of the national minimum wage and increases in the school leaving age.

Increases in police numbers, combined with new policing strategies such as the Street Crime Initiative, have reduced crimes. While it is intuitively obvious that more police should lead to lower crime the size of this effect is hard to determine. Empirical researchers face the challenge of distinguishing causation from correlation. In most data there is a strong positive relationship between police and crime. This is because policy-makers allocate more police to high crime areas.

However, research by myself, Steve Machin (LSE/UCL) and Robert Witt (Surrey) used the ‘natural experiment’ of police deployments in the wake of the July 2005 London bombings to estimate the causal effect of police on crime. We estimated an elasticity of -0.3, that is, a 10% increase in police could be expected to reduce crime by 3%. Other work by Steve Machin (LSE/UCL) working with Olivier Marie (Maastricht) analysed the ‘Street Crime Initiative’, a programme of extra police resources in selected areas. This led to substantial falls in crime of around 20% with a net social benefit of between £100-170 million per year. Given that overall police resources increased in the past 15-20 years we can expect that this had a major effect in lowering crime rates. Whilst it is hard to account for the effectiveness of every dollar spent and every programme implemented, our research shows strong effects due to some common and representative policy tools wielded by the police.

In the mid-1990s, Tony Blair repositioned the Labour party crime policy by declaring his government would be ‘tough on crime and tough on the causes of crime’. This was a powerful idea for crime policy and I would argue that it is a forgotten part of the debate on crime that should have more focus. Government policies aimed at improving education and ‘making work pay’ have indirect effects on crime reduction and while the size of the effects is hard to judge, the available evidence suggests that this could be an important factor in answering the ‘riddle of peacefulness”

One of the key findings of the research is that it’s not unemployment that matters for crime as much as wages. The crucial insight is that wages summarise the state of the labour market and the ‘outside opportunities’ of people who might decide to commit a crime. Research by Steve Machin (LSE/UCL) and Costas Meghir (Yale/UCL) showed the state of the low wage labour market matters. The key figure here is local wages at the 25th percentile of the labour market, that is, the wage at the top of the band for the 25% lowest paid workers. The research by Machin and Meghir (2004) showed that crime rates were lower by 0.8% in areas where wages at the 25th percentile were higher than the average.

Hence policies such as the minimum wage are well-positioned to have an impact on crime rates as well as living standards. A similar story applies for education. Improving young people’s education opportunities works in two ways: first, by increasing people’s potential future income; and second, by reducing crime participation while individuals stay involved in the education system. Further work by CEP researchers found that a 1% fall in the proportion of men with no qualifications was associated with a fall in crime of between 0.85% and 1%. This work used the big institutional reforms of the school leaving age in 1947 and 1972 as a setting to develop this causal estimate of the impact of education.

The state of the evidence shows that there is no definitive answer to the ‘riddle of peacefulness’. I have focused on two factors here: police resources and the socio-economic structure. These two factors are very important for contemporary debates. High income inequality and low education opportunities have emerged as critical for explaining the causes of crime. Certain policies introduced over the past 15 years to tackle those causes appear to have had an indirect beneficial effect of reducing crime rates. In turn, as the economy struggles to emerge from recession and  inequality worsens we can expect crime rates to level out and potentially rise. Similarly, as the big increases in police resources of the 1990s and 2000s are scaled back it is inevitable that ‘something will give’ on crime rates.

It is therefore important to consider the short- and long-term impact on criminality when considering cutting funding or entirely discarding these policies to relieve the current pressure on the public purse.

Mirko Draca is a Research Associate at the Centre for Economic Performance, London School of Economics and a Lecturer in the Department of Economics at Warwick University. 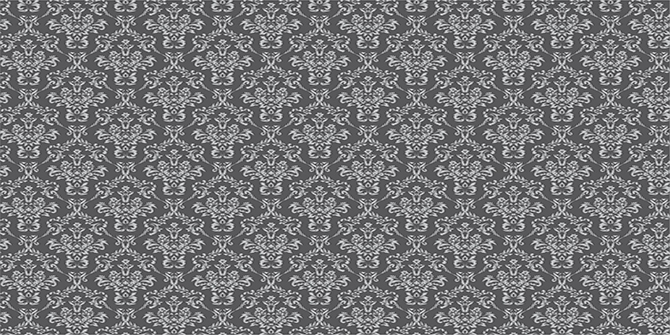 We need a more realistic development plan for the Thames Gateway