On SPERI Comment, Mick Moran points out that, while economics is beginning to rethink many of its assumptions as a result of the financial crisis, political science has yet to examine itself. 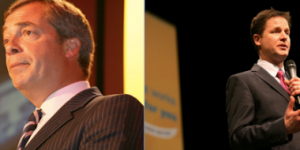 On the PSA’s Insight blog, Nick Anstead looks at why the debate between Nick Clegg and Nigel Farage on the question of Europe was proposed and accepted.

On Society Central, Daniel Sage discusses the implications of evidence showing a drop in public support for welfare spending since the start of the economic crisis.

On Politics in Spires, Nick Barber asks what happens if Scotland votes ‘No’ in the upcoming referendum. How should we be regulating future independence referendums?