New figures for this year’s reduction in Arctic sea ice extent have exposed the major errors in an article by The Mail on Sunday. In this article, Bob Ward takes to task the newspaper and the Press regulator for failing to uphold the public interest.

President Obama is this week visiting Alaska to highlight climate change, not least because the Arctic is warming faster than regions at lower latitudes. One clear sign of this is the rapid rate at which Arctic sea ice extent is dwindling. But one British newspaper seems determined to hide this fact from its readers.

On 31 August 2014, The Mail on Sunday published an article, under the headline: ‘Exposed: Myth of Arctic Meltdown’, as part of its ‘Great Green Con’ campaign to persuade its readers that the risks of climate change have been exaggerated. The article was written by David Rose, who had suffered embarrassment in 2013 when he wrote that Arctic sea ice extent had increased by 60 per cent over the course of a single year, only to discover that his story was based on a typographic error.

In his ‘Great Green Con’ article on 31 August 2014, Rose wrote that “The Mail on Sunday can reveal that far from vanishing, the Arctic ice cap has expanded for the second year in succession”. It was accompanied by a graph showing Arctic sea ice extent on 25 August from 2004 until 2014 under the heading “How melt has slowed over 10 years”.

While the article acknowledged that “the long-term trend still shows a decline”, it added that the extent on 25 August 2014 was “the highest level recorded on that date since 2006”. It also quoted Professor Judith Curry of Georgia Institute of Technology who claimed that “the Arctic sea ice spiral of death seems to have reversed”. But an updated plot (below) of Arctic sea ice extent (i.e. at least 15 per cent of the area is covered by sea ice), using data recorded by the United States National Snow and Ice Data Center for 25 August each year since satellite measurements began in 1979, shows Rose’s article was inaccurate and misleading. 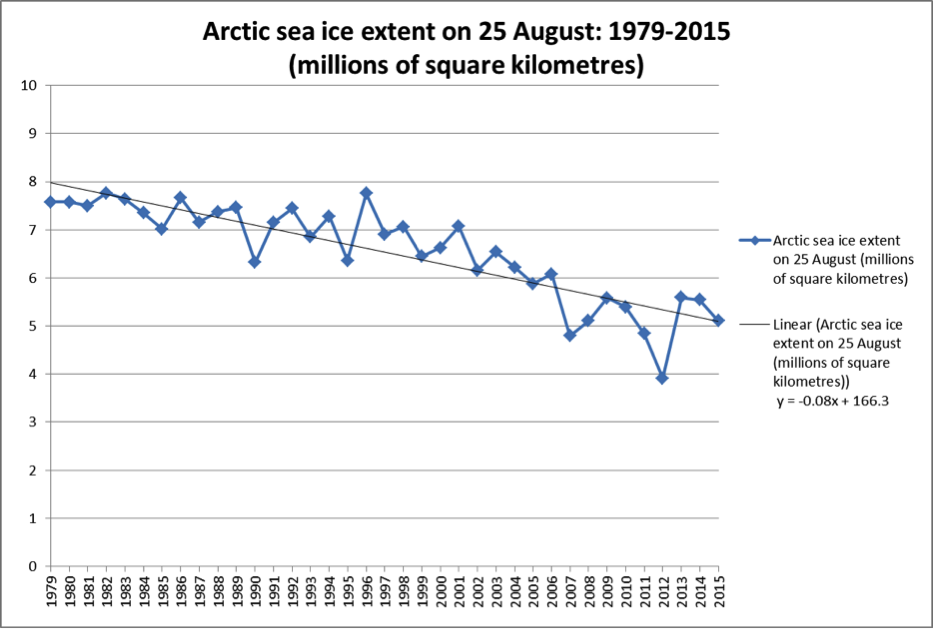 Of course, the data from year to year varies around the trend, but this year’s data shows that there is no justification for concluding that the progressive reduction in Arctic sea ice extent has slowed down or reversed. Indeed, the winter maximum for sea ice extent this year was the lowest since satellite records began.

The graph shows that the higher sea ice extents measured on 25 August in 2013 and 2014, compared with 2012 when the lowest value was recorded, were completely consistent with the long-term downward trend. The data also show the clear dangers of predicting trends based on just a couple of points instead of all of the data.

But the article in The Mail on Sunday article not only misled readers about Arctic sea ice extent. It also misrepresented the content of a speech by Al Gore, the former Vice-President of the United States of America, which he delivered on receiving the Nobel Peace Prize in 2007. During his speech, Gore said:

“Last September 21, as the Northern Hemisphere tilted away from the sun, scientists reported with unprecedented distress that the North Polar ice cap is “falling off a cliff”. One study estimated that it could be completely gone during summer in less than 22 years. Another new study, to be presented by U.S. Navy researchers later this week, warns it could happen in as little as 7 years. Seven years from now.”

However, the article in The Mail on Sunday selectively quoted Gore to make it appear that he had only predicted that Arctic sea ice would disappear by summer 2014, instead of citing two studies.

In a side bar to the main article, Rose also claimed that “the apparent recovery in Arctic sea ice looks like good news for polar bears”, and “even when the ice reached a low point in 2012, there was no scientific evidence that bear numbers were declining”. In fact, according to the Polar Bear Specialist Group of the International Union for Conservation of Nature, three of the 19 sub-populations are declining, one is increasing, and six are stable, while the data for the other nine are insufficient to determine a trend. Numerous studies have found that the sharp reductions in Arctic sea ice are adversely affecting polar bears by making it harder to hunt for food.

I complained to the Independent Press Standards Organisation that the article in The Mail on Sunday on 31 August 2014 was inaccurate and misleading, and breached the Editors’ Code of Practice. The newspaper offered a number of unconvincing excuses to try to justify the article, including a bizarre graph of Arctic sea ice extent for the month of August, with a fourth-order polynomial fitted through the data to make it seem as if it was increasing. 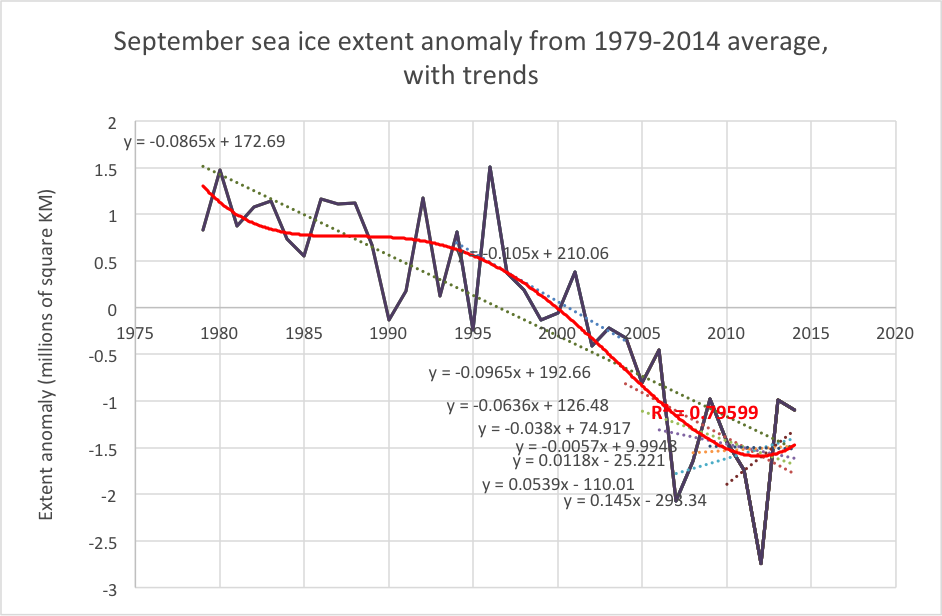 Incredibly, the feeble arguments put forward by the newspaper persuaded the Independent Press Standards Organisation that the article had not breached the Editors’ Code of Practice. Yet, it also seems that staff at the Daily Mail and General Trust, the parent company of The Mail on Sunday, are not taking much notice of the newspaper’s ‘Great Green Con’ stories.

In July, the company held its second annual ‘Green Week’ to “raise awareness about sustainability and climate change issues to educate employees about being green”. The week was promoted with the help of the ‘DMGT Polar Bear’ icon “to encourage staff to be aware of their personal impact”. It seems that the staff at DMGT agree with President Obama about the impacts of climate change on the Arctic, even if the truth is being kept from readers of The Mail on Sunday. 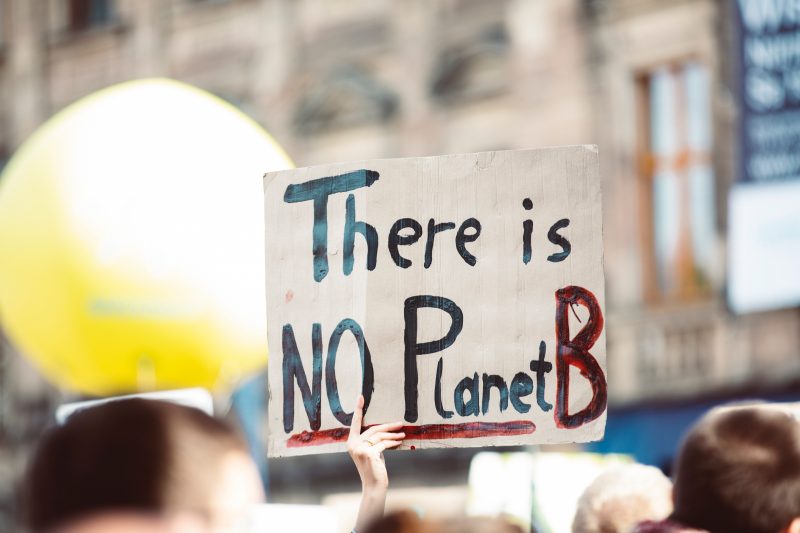