The ‘essential’ UK-US relationship pivots on those areas where strategic goals are shared, but disagreements over means remain: the global economy, foreign intervention, and Islamic radicalisation

The ‘essential’ UK-US relationship pivots on those areas where strategic goals are shared, but disagreements over means remain: the global economy, foreign intervention, and Islamic radicalisation

Obama ‘s visit to the UK this week shows that there are many policy issues that his and David Cameron’s administrations are in agreement on, despite their differing political backgrounds. Nicholas Kitchen writes that while there are many similar priorities on both sides, disagreements remain on how to reach these goals, especially in the areas of foreign and economic policy.

As Barack Obama heads to the UK fresh from the bounce to his own ego and the US polls that only the adoration of the Irish can provide, the President will find a British government with similar foreign policy priorities and goals to his own. Yet at the same time, there are real divisions surrounding the ways in which the two nations might about achieving them.

This is not unusual. The ‘special relationship’ – or as the two leaders themselves now cast it, the essential relationship – has long been a political tripwire for both governments, a neurosis for the British that shifts the focus onto the trivialities of personal friendship to the detriment of the substance of the Anglo-American alliance. It is these long-established and embedded substantive areas of cooperation at almost every level of government and public policy – including systematic intelligence sharing, diplomatic cooperation, shared military structures and training – that marks the US-UK relationship apart in international politics. And it is because collaboration is so institutionalised, and basic strategic thinking so closely aligned, that disagreements on tactics can be discussed and either reconciled or sustained without wider political conflict.

In advance of the trip, British officials were emphasising that this is a relationship of stocks more than flows, where shared strategic perspectives and levels of investment in each other range across a host of areas from security through economy to culture. Yet three key areas spring to mind where the United States and the United Kingdom share strategic goals but disagree over means: the global economy, intervention in Afghanistan and Libya, and Islamic radicalisation.

As the financial crisis unfolded Gordon Brown’s coordination of a worldwide stimulus response was lauded in the United States. Yet as saving the financial system has evolved into sustaining recovery, the coalition government’s radical departure from Labour’s policies has created genuine differences over how to approach the global economy. For Cameron, it’s all about cutting deficits, and doing so by cutting government spending. For Obama, domestic stimulus was the key, and although mindful of deficits the President places far greater weight on ensuring growth. Part of this results from domestic political contexts, and the real difficulty the United States has in making any of its own spending cuts, but there is also a wider sense in which the United States relies on the Europeans – and the British in particular – to make a contribution to sustaining the US-led international order that has served them so well. The British government’s decision to cut defense and slash Foreign Office spending did not go down well with an Obama administration seeking to enable others to do more and shoulder less of the burden and profile of leadership itself.

This context of cuts has percolated into more specific foreign policy engagements. On Afghanistan, whilst the two nations share the same goal, the UK’s fixed date for troop withdrawals sits uncomfortably with a US administration that although committed to drawdowns has recognised the necessity of linking that process to the capacities of Afghanistan’s own forces. And whilst both nations recognise that settlement rather than a clear ‘victory’ is the inevitable outcome in Afghanistan, the British have thus far been far more willing to engage in direct negotiations with the Taliban; British irritation with the delays in Obama’s promised ‘diplomatic surge’ is palpable.

On Libya, Cameron’s hawkishness was backed by the White House, which was nonetheless adamant that Europeans would take the lead. British officials were surprised to say the least when the United States did just that, providing just some intelligence and background military support and thus far refusing to commit to a frontline American role. Coming back to those spending cuts, the message from Washington is that those who agitate for action must be prepared to back their words with capability, that grandstanding on the bandwagon of American power will no longer suffice when the United States talks of ‘broad-based coalitions’ of the ‘international community’.

Third, there is a specific concern from the American side about British counter-terrorism and counter-radicalisation policy. After Wikileaks cables written by senior US military officers at Guantanamo accused Britain over the last twenty years of having become a centre of radicalisation and terrorist planning, and senior state department officials openly referred to the capital as ‘Londonistan’, there has been tension between the two intelligence communities. Whilst intelligence sharing is the most deeply embedded aspect of the ‘special relationship’, with the CIA and SIS mounting joint operations and the NSA and GCHQ sharing cyberintelligence as a matter of course, British officials have to date been defensive to American criticisms of their methods, in which they tend to favour more lengthy monitoring in advance of any intervention than their US counterparts. Cameron’s controversial speech on multiculturalism at the Munich Security Conference was the beginnings of that effort, but he will have to provide substantive reassurances that Britain is willing and able to address its issues with radicalisation.

One perennial issue has however been successfully placed on the sidelines of this visit. The UK’s ambivalent relationship with Europe, manifest in the contrasting attitudes of the rank-and-file of the Conservative and Liberal Democrat coalition partners, has barely merited a mention. Gone is talk of Britain as a transatlantic bridge between the US and Europe, or the suggestion that the UK needed to choose: either the special relationship, or the EU. In part this is the result of the Foreign Secretary’s emphasis on the role of foreign policy in promoting trade and investment: by concentrating on building up economic relationships with emerging markets, in particular India, China, and Latin America, the UK has created a new focus for its diplomacy that is separate from its established ties.

Yet Europe, and the contribution it can make in international politics, will not be far from the thoughts of policymakers. This is not a President that intends to return the United States to the rank and file. The US retains both immense power and the will to use it, as shown by Obama’s ruthless approach towards Osama bin Laden. Yet although the United States will continue to play the preeminent role in guaranteeing the international order, it will increasingly seek to do so by authorising and supporting others rather than acting alone. A hegemonic power yes, willing and able to define the agenda, but a leader that enables others to pursue that agenda, rather than uncompromisingly attempting to impose it. In this Europe’s willingness and ability to really contribute is key. Calling for a third great project of transatlanticism is not the same as creating and sustaining one. To the British, and the Europeans, Obama will ask not what he can do for Europe, but what Europe will help him do for the world.

This article first appeared on the International Affairs at LSE blog on 3 June. 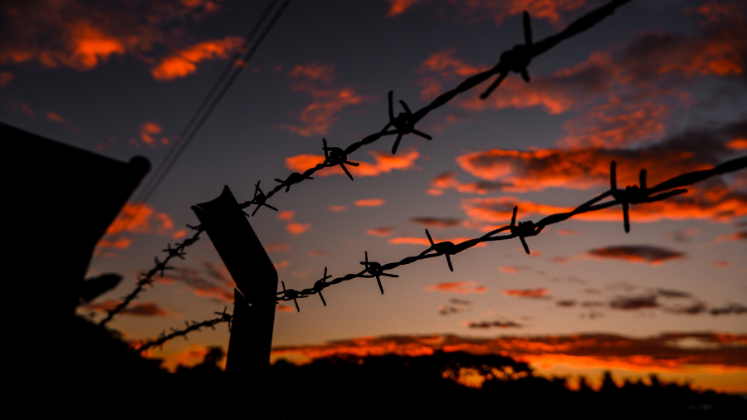 The Strategic Defence Review is an incoherent mess of stalled (but unresolved) decision making. It creates future problems that will not go away