Traditionally the preserve of boring articles in arcane journals, employers’ pension obligation accounts have recently featured in headline stories in mainstream media. Geoff Meeks explains the role of these accounts in an insidious redistribution of risk and wealth between employers and employees.

When the academics’ pension fund – the Universities Superannuation Scheme – reported it had a gap of £17.5billion in its pension fund in July 2017, fears were raised that student fees would have to go up yet again, or that university teaching and research would suffer, that some universities might go bust, or that retired academics would be impoverished (full disclosure: I’m a member of the scheme). Then, when the owners of the UK’s last major steelworks, Port Talbot, reviewed its future, the pensions gap was the stumbling block. The employer would only keep the plant alive if employees gave up some of their pension rights.

And it was the pensions gap left in his former company, BHS, that led the media and Parliament to shred the reputation of the celebrity retail tycoon, Sir Philip Green. What much of the excited media comment has generally not explained is, first, that the numbers published on these pension gaps are very “soft” – subject to erratic, violent change from year to year; and, second, that employers are often exploiting the volatile numbers as cover to shift risk from shareholders to employees, and wealth from employees to shareholders.

The pensions gap, or net obligation, is the difference between – on the one hand – the estimated cost of honouring existing pension promises, the pension liability, and – on the other – the assets which the employer has built up (generally with a mix of employer and employee contributions) to meet those liabilities. It arises only with defined benefit pension schemes, where an employer has promised a certain pension – say half the employee’s final salary.

The challenge faced by accountants in quantifying this gap at a particular moment is that the pension contract between the employer and employee can last 60 years or more (from hiring to death).  And estimating the position at some point partway through that contract – as annual accounts require – is hazardous. This is particularly so because measures of both the pension liability and the asset are subject to wild swings – the former because it depends on numbers from markets which are manipulated from time by time by government (spectacularly so in the last few years); and the latter because it depends on numbers from markets which alternate between excessive optimism and excessive pessimism.

To calculate the liability you have first to come up with figures such as the future salary (final or average) on which the pension will be based, and how long the employee will draw the pension until he or she dies. But then, and this is crucial in interpreting pension gaps reported in recent years, in comparing this liability with the asset – the accumulated pension funds – you need to discount those future liabilities, to translate a future payment into a present liability. Put differently, you could think of the discounting as asking how much money you would need to have invested now at prospective interest rates in order to meet a pension payment in the future – in an extreme case, 60 years later.

The accounting authorities decree (in International Accounting Standards) the interest rate that employers have to use in this calculation – otherwise the employers might be tempted to choose one which flattered their accounts. This is currently the prevailing rate in the AA corporate bond market. With a horizon of up to 60 years, the discount rate has a massive impact on the present value of the liability. To illustrate, the accounts of the telecom business BT reported this rate (inflation-adjusted) as 3.84% in 2009, but 1.83% in 2010. To pay £10,000 to a pensioner 60 years later, you would have needed £1,043 with the 2009 interest rate, but £3,369 just a year later when the prescribed rate had roughly halved. BT has one of the biggest corporate defined benefit pension funds. And this discount rate change, combined with other developments over the year, led to its reported pension liability rising from £33bn in 2009 to £43bn in 2010. 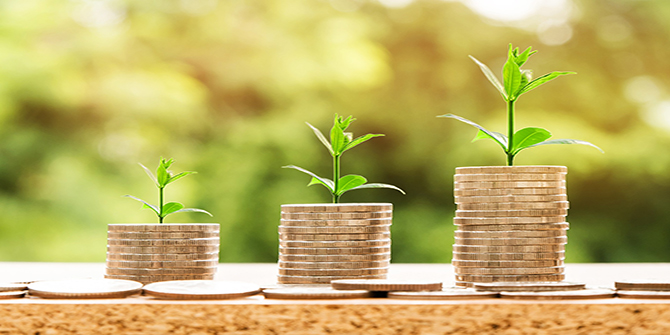 Why did the discount rate change so sharply at this time? The authorities in the UK, the US, and elsewhere deployed monetary policy to drive down interest rates in an attempt to stimulate the economy in the wake of the financial crisis. This was intended as a temporary, crisis measure; and although it has lasted longer than expected, current debate is about when, not whether, interest rates will rise. If the interest rate rises, the pension liabilities will shrink. But we can’t know for sure whether, when, or by how much interest rates will rise.

What of the assets held in the pension fund to meet those future liabilities? These are recorded in the employer’s accounts at current market value. For the financial assets typically held in pension fund portfolios these market values are notoriously volatile. Drawing on Keynes’ famous analysis of speculative financial markets, Nobel Laureate Robert Shiller has explored the movements of one component of those portfolios, company shares. He supplies a wealth of evidence supporting his argument that fluctuations in the market prices of these shares are much greater than is warranted by the variation in subsequent real returns which they are expected to reflect – and which will be available to fulfil pension promises.

To illustrate the volatility, the average stock market value of the biggest companies on the London Stock Exchange (FTSE 100) fell by 38% in just 10 months from December 2007, only to rise by 38% in the next 18 months. More recently it fell by 11% in the year to April 2016, then rose by 16% in the year following.

In calmer times, the prices of financial assets tend to rise when interest rates fall. So in the pensions case, asset price rises might, to some extent, compensate for liability increases caused by the interest rate fall. But, for example, at times of crisis, when share prices have fallen sharply and the authorities artificially depress interest rates in the hope of bolstering confidence, pension fund assets shrink just when their liabilities are recorded as increasing.

So have the accounting standard-setters imposed the wrong measurement system? It was introduced with good reason – to replace previous opaque smoothing schemes which concealed big unfunded pension liabilities. The aim was to “tell it like it is”  in the light of today’s market prices for the discount rate and for the assets held in the fund. But this approach, and any other accounting model, struggles to cope with reporting on the progress of a transaction which will not be complete for 60 years or more, where the outcome will depend on prices in the meantime, and those prices are not generated by free, orderly, stable markets.

The numbers which are published on current rules could perhaps best be seen as a heavily qualified “what if?” estimate: what would the pensions gap be if current prices persisted? But history tells us that they won’t persist, even for one year, let alone for 60. And so the error margin in the estimate is vastly bigger than for most other numbers in the employers’ accounts.

Sophisticated employers surely understand this. But they often find it convenient to behave as if they don’t. In the 1990’s employers behaved as if the bull market would continue forever. When the prices of assets such as equities held in the pension fund rose, they declared “holidays” from contributing to their pension funds . It has been estimated that these holidays added some 18 billion pounds to profits. But when the markets turned (as they always do) pension fund assets fell by a quarter.

In the next stock market boom, BP declared a holiday from contributions to its UK pension fund. It reduced its contribution in 2008 from $524m to $6m. But later in 2008, the financial markets turned again, and the respective pension fund assets declined from $32billion to $18billion, wiping out any rationale for the holiday.

When the pendulum has swung, and volatile prices have worked to show a big shortfall in the pension fund, employers have seized on the numbers to justify decisions to abandon or dilute defined benefit schemes. Such schemes have in recent years been frozen by most employers: new employees have been excluded, and (often) existing members of schemes have been prevented from accumulating further pension benefits within a defined benefit scheme.

So when measures of the pension fund finances have been temporarily over-optimistic, employers have taken the gain. And when they have been temporarily over-pessimistic, employees have taken the pain. The resulting long-term, insidious erosion of future benefits by employers may turn out to be more damaging to younger generations than the more immediate challenges they face from daunting housing markets and the 9% graduate tax many will pay into middle age. 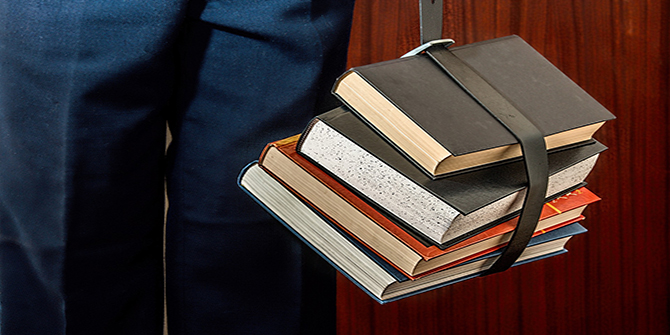 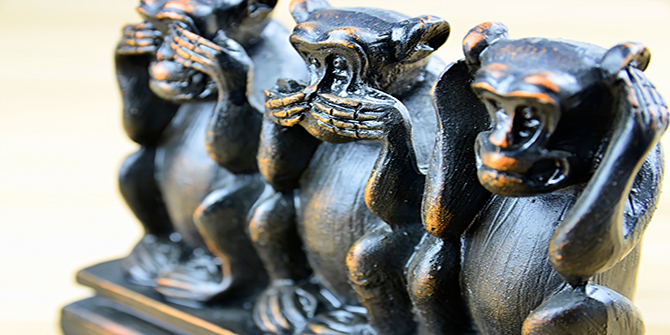