Mainstream centre-left parties in Europe have traditionally relied on broad appeals to a wide section of the electorate. As Michael McTernan argues, however, this model of ‘catch all’ centre-left parties has increasingly come under strain due to the emergence of a diverse range of interests in modern European states. Centre-left parties must now balance competing interests, such as between young voters and the elderly, or between public and private sector workers. He writes that with society becoming more heterogeneous, the era of large centre-left parties capable of governing alone may be coming to an end.

Political battles which pit different interest groups against each other in Europe’s labour markets and welfare systems are intensifying. For centre-left parties, it has become increasingly difficult to hold together modern fragmented electorates and survive as ‘catch-all’ parties capable of governing alone. They are leaking more and more votes to new political challengers on their left and right.

To fight back against centre-right dominance and beat populists in a populist climate, it is important to understand the set of welfare state and labour market divides which are influencing policy responses to the crisis and fostering a dangerous climate of winners and losers.

The insider vs outsider conflict

In the context of recession and the sauve-qui-peut politics of toughening public attitudes towards government redistribution and social transfers, it is difficult for centre-left parties to appeal to both groups. As David Rueda and Johannes Lindvall have outlined, “if they emphasise policies that benefit insiders, they push outsiders to support more radical parties or to exit politics; if they propose policies that benefit outsiders, they risk losing support among insiders.”

In other words, if a centre-left party wants to appeal to ‘squeezed middle’ voters who have become wary of generous state redistribution to welfare recipients at a time when their own living standards are declining, then ‘getting tough on welfare’ clashes with another group of voters who, in a time of severe economic hardship, depend more than ever on a safety net and social transfers. Conversely, if they defend generous welfare spending, it risks ostracising those insiders who feel they are ‘working harder but not getting on’, while also attracting attacks from opponents on wasteful ‘high spend, high tax’ politics.

Gender inequality is an additional dividing line in the labour market insider-outsider conflict. In many parts of Europe, the majority of women can arguably be classed as labour market outsiders because their unemployment risk is considerably higher than that of men. In the UK, women dominate low paid, low grade work. It is estimated that they constitute almost two-thirds (62 per cent) of those on low pay and three quarters (74 per cent) of part time workers.

This is exacerbated by the cut backs in public sector jobs, where women make up the majority of the workforce. Meanwhile, in the private sector, where women tend to have reduced pay opportunities across the board, low-wage jobs are growing in line with an economic recovery spurred on through ‘regressive redistribution’. It has been estimated by the TUC that close to 80 per cent of private sector jobs created by the UK coalition government have been low-paid.

The electoral implications of gender inequality in the labour market are spelled out by Patrick Emmenegger and Philip Manow, who point out that with the decline of religiosity in western Europe, women are becoming key socio-economic swing voters in many countries. In the past, they would have predominantly voted for centre-right or Christian Democratic parties, but in recent decades have moved firmly to left-of-centre parties. Centre-right parties, who face their own coalition squeeze, will increasingly recognise this drift and seek to rectify it by adopting female-friendly policies.

The trade-off is that much needed social investment in childcare and levers to enhance gender equality in the labour market will most likely involve either higher taxes (which is another conflict) or, alternatively, cut backs in other areas, such as pension provision and the retirement age. However, parties are unwilling to risk upsetting the loyal “grey” vote.

The young vs old conflict

There are firm grounds for a new politics of victim-hood among young people. Young people are increasingly losing the distributional game to their elders and their position as the net losers in Europe’s ailing welfare state settlements is worsening. As Bruno Palier of Sciences Po has shown in work collating OECD data on social security, spending on healthcare and pensions, which primarily benefit the elderly, is disproportionately higher than spending on education and training, which are largely geared towards younger generations, especially those who are under-skilled and under-protected. Moreover, in times of limited youth opportunity, this also has a detrimental impact on social mobility, as richer parents and grandparents can use their resources and networks to give their children a leg up.

At the same time, older voters tend to be more prized electoral groups due to the higher likelihood that they will turn-out and vote along traditional lines. Note the rise of the ‘50 plus party’ in the Netherlands, which fights for pensioners’ interests. Recent figures show that the child poverty rate in the Netherlands is 5.5 times higher than the rate of old age poverty. Likewise in Greece, where youth unemployment is 58.8 per cent, the state spends six times as much on the elderly as it does on younger citizens. This ratio is only 3.4 in Sweden, which has a similar demographic structure.

Of course, the life-cycle effect in relation to welfare has to be acknowledged, nonetheless, how long will it be until we see competing ‘young people’ movements mobilising against the precarious position they are in? We see this already in Italy, also ear-marked as one of the most intergenerational unjust countries, where 47.2 per cent of young people (18-24) voted for Beppe Grillo’s anti-political Movimento Cinque Stelle. The risk is of a generation of voters set adrift from mainstream politics and losing faith in the welfare state.

Again the trade-offs come down to how to fund long-term social investment which will secure the futures of young people in a competitive global era. To whom the largest burden falls will be influenced to an extent by the outcome of public sector vs private sector conflicts.

Adjusting to the debt crisis throws-up a public vs private sector conflict which sets the parameters for welfare and labour market conflicts. The extent to which adjustment falls on cut backs in the public sector as opposed to tax rises has been a divisive political battle-ground with many public sector workers – and services – falling on hard times due to the electoral success of centre-right parties across Europe.

The overarching reality remains the gap in public finances that developed in recent decades. For example, research highlights the decline in tax-to-GDP ratios in Europe between 2000 and 2008, despite healthy economic growth. As Jane Jenson has argued, one of the guiding mantras of the last three decades has been ‘no new taxes.’ In many cases the Left has been reluctant to grapple with the electoral trade-offs of raising taxes and, as Jenson asserts, where they have responded it tends to be on loading taxes on the rich, but there are simply not enough rich to fill the gap.

So in the absence of new national conversations on broader-based taxation, a considerable burden will fall on cut backs to the state, which means public sector workers and service benefactors will mobilise against parties not defending the public interest; while, if it goes the other way, and a party rejects cut backs and promises more spending and higher taxes for the rich, then different interest groups will turn on parties they see as showing favouritism to ‘tax and spend’ socialism and public sector ‘vested interests’. In each case a corrosive environment of winners and losers is created.

Another dimension to this conflict is that tax payers who don’t work in the public sector, stoked on by right wing media, may increasingly form the view that they are the losers in the distributional game. Public sector pension schemes can be a lightning rod in this regard with retirement benefit packages in the public sector tending to be comparatively more generous than many private schemes. In each incidence interest groups will mobilise against each other, whether it be reformers versus traditionalists or public sector unions versus tax payer alliances.

Fighting back in a decade of distributional conflicts

Political parties, especially of the centre-left, have struggled to adapt to these labour market and welfare conflicts. In a much more heterogeneous society of diverse interest groups, social democrats have struggled to find ‘catch all’ rallying points to hold together a range of coalitions. In this climate of winners and losers, political support is increasingly conditional. It is hard at this juncture to see the day when mainstream European centre-left parties could hit over 40 per cent of the vote again.

The skillset of tomorrow’s politicians will rely on narratives capable of closing some of these divides, for example framing a new social contract between grandparents and grandchildren. It will require well-honed coalition-building skills with other parties and movements. And, allied with a new moral vision of the economy, there will have to be a raft of political economy measures and revamped institutions alive to these trade-offs in an era where traditional redistribution-led tools are restrained.

Political parties that make big promises in an effort to please all groups will likely find that they pay a heavy price when in office for not delivering. Ultimately it will turn people further away from mainstream politics. Like a chess board, the exercise of policymaking, coalition-building and government will be complex, difficult and risky. Going for broke to win will not be the wisest move. 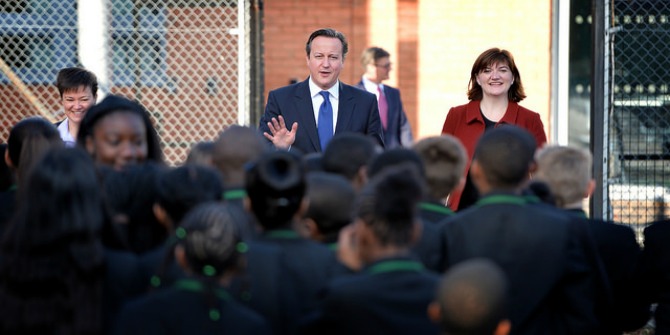