Social security systems are being transformed according to untested assumptions about how benefit recipients act. Sharon Wright provides evidence to challenge several core myths on which British welfare reforms have been based. There is a wide gap between the dominant way in which welfare subjects are represented in political and media debate and the lived experiences of those receiving benefits and using support services.

Over the last 15 years, British welfare reforms have focussed on individualising responsibility and contracting-out services. These strategies share a behaviour change logic that assumes the source of the problem is to be found in the flawed motivations and actions of benefit recipients and their job coaches. Consecutive UK governments have been strongly committed to the idea of ‘getting people off benefits and into work’, despite long periods of minimal unemployment rates and exceptionally high employment rates.

Received wisdom dictates that benefit receipt is the outcome of making ‘wrong choices’. Welfare reforms have become increasingly punitive on the rationale that strong disincentives and coercion are required to prompt the ‘right choices’. However, in my recent study interviewees reported something very different. They reported that they came to claim benefits reluctantly as a result of involuntary and unbidden life events, such as unemployment, homelessness, acute housing problems, disability, severe and unpredictable ill health or major care demands. Claiming benefits was not experienced as a preferable state of living, but a last resort that involved accepting, at least in part, a new ‘spoiled identity’ involving stigma and shame. Interviewees spoke of feeling powerless, rather than powerful.

At the heart of this experience was having choice repeatedly undermined by unpredicted events and processes that unfolded against individual will.  This did not mean that benefit recipients were passive – all of the interviewees described taking a series of steps to change their situation in realistic ways, without the type of internal inadequacy implied by ‘welfare dependency’.

For example, Janet (not her real name), is a homeless disabled lone parent caring for both her mother with dementia and her school-aged son. Although she had chosen to have a child, she had not chosen for her marriage to end, her mother to have dementia, to lose her job or to lose her home – these were unwelcome life events, which had developed against her will. Janet felt frustrated that her situation was beyond her control:

‘I don’t think I feel in control. Had I felt in control, I could do something about the situation.’

Nevertheless, Janet accepted personal responsibility for improving her own and her family’s circumstances. She was reflexive, creative, highly motivated and taking action on several fronts – an exemplar of self-actualisation. Janet rejected passivity in resolute determination to improve her situation through every means possible. Her desire for paid work was very strong – as was her intention to provide a secure home for herself and her son, who had been living in ‘temporary’ local authority accommodation for three years:

Janet’s progress towards realising her life goals was blocked by external, rather than internal, limitations. Her ex-husband did not pay child maintenance, which contributed, along with inadequate benefit rates, to her experience of poverty and debt. The solution to the complex needs faced by Janet and her family was neither easily identifiable nor readily attainable. Janet’s repeated and concerted action to resolve housing, health, care and income needs did not result in the outcomes she wanted:

‘It’s a lot of a load… The rent is £1200 per month… I am a woman who wants to go to work. I want to get a job. But I am so scared because if I go, when I get a job, I am going to be depressed because of all that money I have to pay. And he [personal adviser] said, ‘Well you know it all. We can’t do anything about that.’ So I left the Jobcentre again with another brick of the wall piling up in front of me. … I am crying ‘Help me’, but wherever you turn it is like a wall.’

It is essential to recognise, in debate and policy design, that there are powerful external causes of benefit receipt and that there are legitimate reasons for why appropriate action does not necessarily lead to desired outcomes. The misattribution of ‘personal responsibility’ can be damaging and undermine the very internal resources (such as confidence and self-esteem) necessary for self-actualised engagement with life challenges. Policies and practices (such as the current tough approach to conditionality and sanctions) that continue to enforce job search activity without addressing the barriers to realising outcomes can have profoundly detrimental impacts on those subject to them.

Sharon Wright is Senior Lecturer in Public Policy at the University of Glasgow. She is currently researching the impacts and ethics of benefit sanctions and support: www.welfareconditionality.ac.uk @DrSharonEWright @Welcond 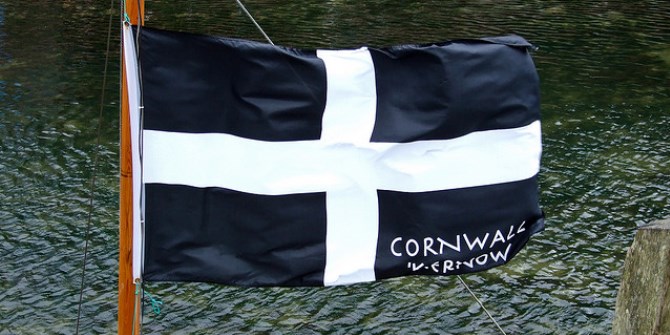