Andrew Gamble looks at some of the key doctrines which came to define western modernity. He writes that conservatives, socialists, libertarians, anarchists and nationalists have sought to shape western ideology, but the doctrine of ordered liberty, the free economy, and the strong state have retained their power. This resilience is being tested once more by new challenges, including the environmental crisis and the rise of new forms of authoritarian nationalism.

One influential way of thinking about politics in the modern era has depicted it is as a battle of ideas and ideologies between liberalism, socialism, and conservatism. But this is a very western-centric point of view. All these ideologies are better understood as part of a western ideology which has helped define the western form of modernity and the politics of western states during the last 300 years. Elements of this ideology have at times been exported to the rest of the world, at times imposed upon it.

I explore this question in The Western Ideology and Other Essays by looking at some of the key doctrines which came to define western modernity. This was not just a struggle of ideas but also a struggle of states to determine who had the right to define what the West was, what modernity was, and who best represented it. This struggle took place over several centuries between states and within states. In important respects it is still going on, but at various points in the last two centuries, intellectual advocates of liberal modernity have declared that the battle is over and liberal modernity has won. The American and French Revolutions at the end of the eighteenth century were held by many contemporaries to represent the triumph of reason over superstition and liberty over tyranny. Hegel’s enthusiasm for Napoleon knew no bounds. He was the incarnation of the world spirit. His victorious armies were sweeping away the old Europe and ushering in the new Age of Liberty – equality under the law and national self-determination.

It became a settled conviction of liberals in the nineteenth century that the Enlightenment principles which triumphed in the two great Revolutions were the principles which should order politics, economy, and society. They accepted that there were many conflicts to come but the basic shape of the modern world had been settled, and there were no higher institutional or ideological alternatives. If human beings wanted progress, happiness, and liberty they had to embrace and fight for the implementation and extension of liberal principles throughout the world.

Many contested the liberal juggernaut and in particular the idea that the principles of modernity were settled. Conservatives rejected the new western ideology because they rejected the Enlightenment and its conception of modernity and fought to defend what they could of Europe’s ancien rgime of hereditary right, feudal property, and established religion. The tide of change initiated by the spread of capitalism, science, and democracy steadily undermined these efforts and led to revolutions and internal reforms. A liberal international order with Britain as its champion gradually emerged, and liberal regimes were established in a growing number of states. But this was not the only battle which liberals had to fight. The nineteenth century saw major struggles between liberalism and socialism and between liberalism and nationalism. Socialism and nationalism both claimed to embody a higher form of modernity than liberalism, and to be the true interpreter of the western ideology. Internal struggles between classes and external struggles between states contributed in the first half of the twentieth century to two world wars and communist revolutions in Russia and China.

From the standpoint of the liberal West and its two leading states, Britain and the United States, the challenges of nationalism and authoritarianism represented by Germany, Austria-Hungary and later Japan were decisively defeated, and the threat of Soviet and Chinese communism successfully contained. After the Second World War, the United States assumed the leadership of the West and of the wider ‘free world’. It organised a new liberal international order under its leadership, and fought a long Cold War with the Soviet Union. In the 1950s, some US intellectuals confidently proclaimed the end of ideology, at least as far as the internal politics of the West was concerned, and some critics of the dominant liberal version of the western ideology like Herbert Marcuse agreed with them. But the turmoil of the next three decades then intervened.

A much greater watershed was reached in 1991 when Soviet Communism collapsed, leaving the United States and its western allies as undisputed victors. The proclamations of an ‘end of history’ were this time even louder, and for a short time, hopes for a new world order and One World were widely entertained. But history has returned again, particularly since the financial crash in 2008 and the austerity and political turmoil which has followed. This time, it has been nationalism both the internal challenge to liberal and cosmopolitan elites and the rise of new nationalist great powers who are not eager to work within the rules of an international order they did not shape. The liberal rules-based international order has also been weakened by attacks from within, and by the decline evident during the Trump presidency in the capacity and the willingness of the United States to lead.

The western ideology has always been contested, and the order it created has often been criticised as tolerating and in many cases being based upon systematic inequalities and exclusions. It has also been extraordinarily resilient, in part by being associated with two hegemonic states, first Britain and then the United States. Economic liberalism has been a key component of the western ideology, and although by no means the only strand, at times it has been a dominant strand. Any discussion of contemporary political ideas and ideologies has to recognise the central role it has played in the western ideology, but it is important not to treat the western ideology monolithically as though it was a single doctrine. That ignores the never-ending contests to define and interpret its essential principles. No one doctrine has ever entirely captured it. Conservatives, socialists, libertarians, anarchists and nationalists have sought to shape it in different ways, sometimes offering alternatives to it, but the doctrine of ordered liberty, the free economy, and the strong state, has retained its power and its resilience through the changes and upheavals of the modern era. This resilience is being tested once more by new challenges – among them the environmental crisis and the rise of new forms of authoritarian nationalism. Moving beyond the western ideology and creating a more inclusive multilateral order to tackle these problems is a herculean task.

Note: the above summarises aspects of the author’s new book, The Western Ideology and Other Essays (Bristol University Press, 2021).

Photo by Andrew Stutesman on Unsplash. 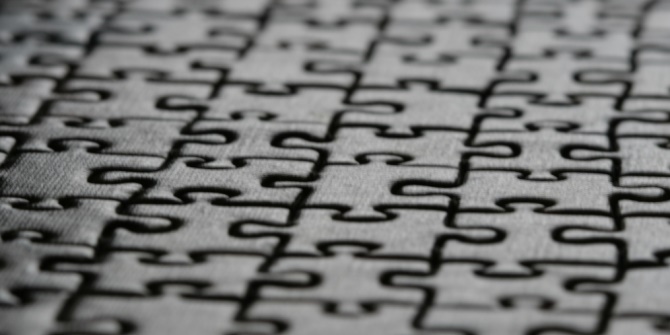