The Health and Social Care Act was controversially enacted by the coalition government, introducing competition into the NHS. Looking at the market in state funded social care that was created over 20 years ago, Marianna Fotaki draws lessons for the NHS and about how markets in state funded care services operate when resources are constrained. She finds that the introduction of competition had a negative impact on the quality of care, the pressure of the competitive market has led to the de-professionalisation and casualisation of the social care workforce, and that the failure of care providers is an inevitable consequence of any care market with significant impacts for patients and service users.

The Health and Social Care Act 2012 seeks to create a market in state funded health care services and to enable private sector providers to bid for NHS services. The aim is to capture the benefits of a competition through providing better quality services more efficiently. A similar market in state funded social care was created over 20 years ago and provides the best available example to policy makers about how markets in state funded care services operate when resources are constrained. As such, it is reasonable to ask whether what has happened in social care may also happen in the NHS in the future. This is particularly relevant as the new NHS market in England is also being created at a time of significant resource constraints. The report published by the independent think-tank the Centre for Health and the Public Interest (CHPI) identifies a number of important lessons from the operation of social care markets over the past two decades and asks whether they could be repeated in the new NHS in England.

First, the introduction of competition in order to reduce costs has had a negative impact on the quality of care. A market in social care was introduced, in part, as a way of keeping the costs of state-funded social care under control. However, by restricting the funding available to local authorities to provide care services at a time of increased need, successive governments have forced local authorities to award contracts to the lowest-cost operators in the independent sector without sufficient concern for quality. In many instances this has, this driven down the quality of care to the ‘minimum quality level allowed’. Indeed the current Care Minister, Norman Lamb, has acknowledged that the current system ‘incentivises poor care, low wages and neglect, often acting with little regard for the people it is supposed to be looking after’.

If providers of NHS services in the new NHS market compete with each other on price to win contracts with local commissioners (Clinical Commissioning Groups (CCGs)) the experience of social care suggests that a negative impact on the quality of NHS care is likely to follow. There are rules which local commissioners are supposed to obey when setting prices at a local level, but these in effect only require the variations to be notified to Monitor and to abide by rules which ‘state that local payment approaches must be in the best interests of patients’. And despite the government’s stated intention that competition for NHS services should only take place on the basis of quality and not on price this is starting to happen. For example, the contract to provide NHS community health services in Suffolk which was won by Serco as the lowest cost bidder has led to significant concerns about “potential patient safety and quality issues” after the company failed to meet key performance targets and shed 130 staff.

Second, the pressure of the competitive market has led to the de-professionalisation and casualisation of the social care workforce. The marketisation in social care services over the past two decades has had a significant impact on the social care workforce. Social care workers often receive pay below the minimum wage and a significant proportion – more than half of all home care workers according to one piece of research are operating on ‘zero hours contracts’. The estimated 1.4 million care workers in England are unregulated by any professional body and, according to Skills for Care, fewer than half have completed a basic NVQ2 level qualification. 30% have apparently not even completed any basic induction training. Yet despite this, the tasks which care workers are undertaking are becoming increasingly complex, whilst the needs of those that they are looking after are becoming more serious as a result of the growth in the number of people with Alzheimer disease, diabetes and dementia. And many home care workers are expected to deliver the required care in 15 minutes slots. From the perspective of care providers seeking to keep costs down in a competitive market, leads to reducing the terms and conditions of the workforce whilst expecting them to take on more complex tasks is a logical response.

Again, the lesson for the NHS is that competitive pressures at a time of financial restrictions will inevitably put additional pressure on the terms and conditions of the NHS workforce. As Robert Francis’ report into Mid Staffordshire NHS Trust found, NHS hospitals facing intense pressures to keep costs down are now relying on unregulated and poorly paid healthcare assistants and other ‘auxiliary workers’, to provide the care formerly delivered by nurses. The recent government-commissioned report into health care assistants – the Cavendish Review found that there was an increase in the number of healthcare assistants employed in the NHS in 2011 – 12, but an overall decrease in the number of nurses, with health care assistants undertaking increasingly complex health care procedures.

Third, failure of care providers is an inevitable consequence of any care market with significant impacts for patients and service users. The experience of social care markets in England is that care homes providers go out of business with alarming regularity. Nearly 1400 care homes closed in England between 2003 and 2010, often with less than 4 weeks-notice. The harmful, yet remarkably unreported effects that this has had on the residents of care homes and their families, is a central lesson from the operation of social care markets. Again, one of the chief factors forcing care homes out of business is the squeeze placed on the fees paid to them by local authorities seeking to keep costs down. Since the social care market has also witnessed a significant consolidation, particularly in residential care services (with 20 companies now owning 30% of all care home beds) the effects of such collapse are all the greater. This degree of consolidation and the highly complex financial arrangements underpinning the care home sector has started to worry the government, particularly following the collapse in 2011 of Southern Cross, which owned 31,000 beds. Indeed, the heavy indebtedness of many of these large providers suggests, according to the government’s impact assessment for the Care Bill, that six of them could be expected to collapse at some point in the next 10 years. The private health care sector is also highly consolidated with 61% of the current independent acute medical and surgical hospital sector being owned by just four companies. On this basis, the possibility of a major provider of NHS services collapsing at some point in the future cannot be ruled out. This includes both independent providers and NHS providers. Indeed a number of NHS trusts have already entered into administration due to funding pressures.

In conclusion, although the experience of markets in social care are not all directly transferable to the NHS, the issues and lessons that are highlighted here raise significant questions which at the very least call for public debate and the development of informed strategies to ensure that these outcomes are not repeated within the new NHS market in England. 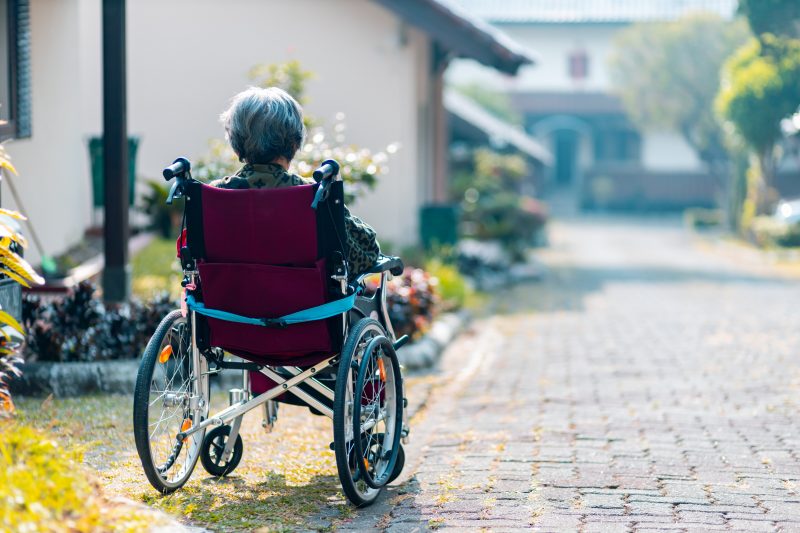