What is the relevance of international law to the war in Ukraine? Susan Marks discusses key aspects of the discourse around the ‘rules-based international order’.

With so much bloodshed and destruction and a huge Russian military convoy heading towards Kyiv, I find it hard to develop any kind of coherent perspective on what is going on in Ukraine and how international law relates to it. There is one thing, though, on which I do have some thoughts, and that is this concept we have heard about so much in recent days of the rules-based international order.

When people – politicians, pundits, etc. – want to denounce Russia’s attack on Ukraine and argue that it goes against key tenets of international law, they often say that it represents a threat or challenge to the rules-based international order or some similar phrase. That way of putting things has been around for quite a while. It’s often used as well in criticisms of China’s position on the South China Sea and other issues. So it comes as no surprise to hear it now, but there are some aspects I wonder about. Let me mention just three.

The first has to do with the nature of the current international order as an order of peace. The assumption behind the idea of a rules-based international order is that the United Nations Charter is a kind of constitution for the world that was brought into being to save succeeding generations from the scourge of war. So there is a prohibition on the use of force in international relations and a very limited set of exceptions to that, including a last-resort right of self-defence and provisions designed to vest authority for maintaining and, when necessary, restoring international peace and security in the UN Security Council.

Of course, we know that the way the Security Council was set up is a big problem. As we see right now, there are times when, owing to the veto, the focus has to shift to the General Assembly which, notwithstanding ‘Uniting for Peace’ arrangements put in place during the Cold War, lacks the kind of power to take binding decisions that the Security Council has. But what interests me is not so much that. Rather, it is the basic idea of a post-1945 order in which the normal, international-constitutionally protected condition is peace. Is that really what we have?

Some international relations scholars have argued that Immanuel Kant’s vision of peace among republican states – I think he is taken to have had in mind liberal states in modern terms – laid out in his 1795 essay which in English is entitled Perpetual Peace is actually a reality. They’ve said that a zone of peace between liberal states has come into existence. Other scholars reject that as an empirical matter. But if, or insofar as it’s right, it seems to me important to remind ourselves that the so-called liberal peace has always coincided with very large amounts of war, not to mention very large amounts of unnecessary loss of life and destruction of life chances for other reasons.

That is not so much the case in Europe, to be sure. But if you think about the 70+ years since 1945, and focus on all the imperial and, later on, post-colonial wars during that period, then you start to wonder about this rules-based international order – whose it is, where it is located, what its boundaries are, and whether we can continue to regard all that violence ‘over there’ as antithetical to it, or whether instead we need to consider the possibility that such violence is part of it, in the sense of being a structural feature, rather than purely a departure or anomaly.

If that’s right, then it’s not enough to say that Russia has breached international law. Russia has breached international law. Putin’s arguments to the contrary are spurious. You can go through the speech he made just after the war began where he laid out his defence of it point by point, and refute all of his arguments, as I see online that many people have already done. There has been no armed attack, there is no right of pre-emptive self-defence, and there is no Security Council authorisation, so the exceptions to the general prohibition on the use of force do not apply, etc. But what I’m suggesting here is that that’s not the end of the matter.

One element in Putin’s defence speech that has got a lot of attention is his reference to the Kosovo conflict of 1999 in which NATO carried out high-level bombing raids in Serbia and Kosovo, and to the Iraq war of 2003. You can criticise those references as cynical or off-topic, and remind people that none of that in any way justifies this attack on Ukraine (which is of course true). Or alternatively, you can worry about the hypocrisy of the NATO states themselves, and about how those and other earlier actions partly paved the way for what we’re seeing now.

Beyond those reactions, however, you can notice that there, too, international law made justifications formally available. And once you notice that, you are led into a different kind of enquiry than the one that simply assesses whether rules have been breached, and having determined that they have been, takes up the question of remedial measures or – something that is already prominent in discussions of the Ukraine war – international criminal liability. You’re led to ask questions that are not just about compliance, and not just about remedies or punishment, but also about the enabling role of international law in global affairs.

The third aspect on which I want to touch has to do with the broader conditions in which this rules-based order emerged and is sustained. That’s a big topic, but I want to highlight very briefly two elements here. One which has come starkly into view in this war is NATO. There are many views about this, and I readily admit to having no expertise in the area, but personally I am persuaded that NATO and especially the US encouragement of Ukrainian ambitions to join NATO is part of the problem we face today. NATO is, of course, founded on a treaty – the North Atlantic Treaty of 4 April 1949 – so we’re back to the question of what international law may have to do with it.

A final – and interrelated – element which comes equally starkly into view when we think about what has made this war in Ukraine possible is the role of fossil fuels. Many countries are now scrambling to reduce their energy dependency on Russia. In Germany, this is leading to a re-evaluation of the legacy of Angela Merkel who talked the renewables talk, but turns out to have done very little about making it a reality. Our rules-based international order is also a fossil fuels-based international order, and one would have to wonder whether the necessary wholesale transformation of the latter can coexist with a mere tinkering at the edges of the former.

Susan Marks is Professor of International Law at the LSE.

Photo by Rostislav Artov on Unsplash. 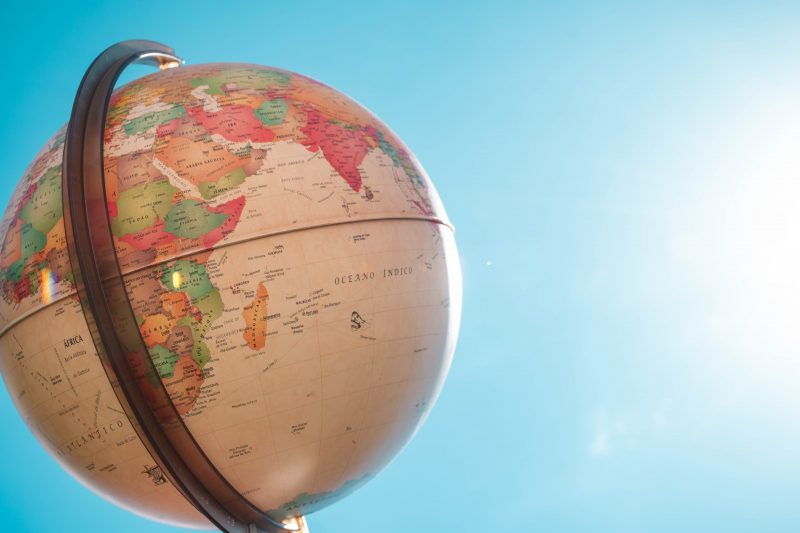