The Leave campaigns point out that quitting the EU would give the UK control over its border and immigration policy. They are right, says Chris Bickerton. It would be an opportunity to open Britain’s borders to anyone who wished to work here – not just European citizens. Brexit would be an opportunity for the UK to decide whether it wants to be a society that is open or hostile to immigration, and draw up its own laws accordingly.

If there is one issue most firmly tied to the Brexit mast, it is immigration. From Boris Johnson to Nigel Farage, supporters of the Leave campaigns have made it clear they want to use the UK’s exit from the UK as an opportunity to limit further immigration into the UK. Michael Gove’s dithering on whether the UK would seek to continue its membership of the EU’s Single Market turned on this point. When he realised Single Market membership and limiting the number of EU migrants coming to the UK was not possible, he opted to ditch the Single Market.

The overwhelming impression given by Brexiteers is one of a gung-ho rejection of Britain as an open and cosmopolitan society. Foreigners living in the UK experience the Leave campaigns as one long tirade against themselves. This has pushed many people flirting with a Brexit vote into the safer harbours of middle class cosmopolitanism. ‘Brexit, me? Of course not, I’m not a foreigner-hating little Englander’. A recent poster by DiEM25, the self-declared ‘pro-democracy movement’ founded by ex-Greek finance minister Yanis Varoufakis, summed up this sentiment best: “If people like Rupert Murdoch, Nigel Farage, George Galloway, Nick Griffin and Marine Le Pen want Britain to leave the EU, where does that put you?”

There is a crucial gap between Brexit and any government policy on immigration. That gap is the democratic will of the British people. For all of the associations made between Brexit and immigration, there is no intrinsic or necessary link between the two. Brexit refers only to an exit from the EU and there are no specific policies of any kind tied to Brexit. What happens afterwards and how the UK chooses to manage its affairs in the light of an exit is up to the British government, which is ultimately answerable to its electorate.

The UK government could, for instance, choose to impose visa restrictions on non-UK EU nationals currently living in the UK. Romanians, Poles and Germans would have to face the hassle and cost of going through visa applications and regular renewals, of the kind experienced by US citizens currently living and working in the UK. In response to that, other EU member states may decide to retaliate and impose their own visa restrictions on British nationals travelling or living in another EU member state. This is the kind of doomsday scenario regularly hauled out by the Remain campaigners and the one that makes foreigners living in the UK feel uneasy about their future.

But the government could do something quite different. It could impose no such restrictions. It could even honour the spirit of the Single Market’s commitment to the free movement of people without the UK being a member of the Single Market. Brexit is, in fact, quite compatible with a defence of open borders, which is exactly my position. Open borders does not mean no borders. It means managed borders, where the rules governing the movement of people in and out are based on a principle of openness. Those who chose to come to the UK and make their life here are free to do so. However quixotic and alien this may sound to all those trumpeting an exit from the EU as way of closing our borders, the fact remains that Brexit is compatible with both open and closed borders. Which it will be depends on decisions made by an elected government.

Some, such as the Centre of European Reform’s Simon Tilford, have argued that we should remain in the EU in order to preserve the UK as a cosmopolitan and open society. This is a Faustian pact if ever there was one. We should not aim to preserve the policies we like at the expense of democracy, though this is the choice many liberals and people on the centre-left have made. Instead, we should use an exit from the EU as an opportunity to have a proper debate for the first time about whether we want the UK to be open to migration or not, and then base our laws on the outcome of that. If that means a more closed society hostile to immigrants, then so be it. The argument for a more open immigration policy will have been lost. But it could also be won. And implementing this policy willingly, as an expression of democratic will rather than reluctantly as an obligation of Single Market membership, makes all the world of difference.

Chris Bickerton is a lecturer in politics at Cambridge University and author of The European Union: A Citizen’s Guide, published with Penguin. 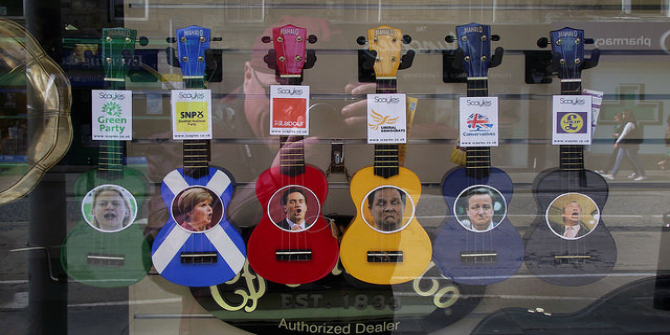