Little attention has been paid to the work of councillors, while discussion around the topic is often based on the assumed shortcomings of the position. But such preconceptions prevent support from being offered to councillors, at a time when austerity governance makes their work more complex, write Neil Barnett, Steven Griggs and David Howarth.

Local government has been particularly hard hit by austerity. Indeed, since 2010 it has overseen the implementation of drastic cuts to frontline services, and the transformation of local funding regimes. And throughout the installation of these complex practices of austerity governance, local councillors have sat uncomfortably at the apex of an uncertain cocktail of competing pressures and challenges.

If anything, austerity has added to the long-embedded and on-going challenges to the legitimacy and authority of local representative democracy. Cuts to frontline services have often exposed councillors to competing and contradictory demands that are arranged across increasingly fragmented sites of local politics and policy. The upshot is that councillors have been left to carry the costs of the emotional labour of the ‘dirty work’ of cutback management; costs publicly condemned by even Conservative authorities.

Yet surprisingly, some seven years after the turn to austerity, little attention has been paid to the practices of councillors under these pressures. At best, there has been no more than an intermittent acknowledgement of the challenges of austerity or the experiences of councillors in ‘delivering’ austerity governance. In fact, studies have generally eschewed the practices of councillors under austerity, thus continuing a long tradition of only considering the roles of elected members in the context of local representative democracy, set alongside the changing patterns of local governance, while tinkering with institutional adjustments and behavioural changes directed at bringing them into line.

In part, we suspect that the assumed compliance of councillors in the making of cuts to services is not as eye-catching as previous historical resistances, and has been met with disdain by some on the left. We also suspect that, for others, councillors appear as an irrelevance, who have little option but to enforce central government directives amidst a plethora of legal constraints. Increasing requirements for collaboration, coupled with moves towards elected mayors and executive arrangements, have further concentrated authority in executive position holders, further side-lining most elected members.

But such justifications for the neglect of councillors under austerity fail to convince. On the one hand, they appear to privilege overt confrontation, as the only mode of resistance open to councillors.  On the other hand, they do not account for the fact that amidst this complexity, councillors, whether portfolio-holders or ward representatives, remain the primary decision makers in determining the direction of local services.

How then is the lack of interest in councillors to be explained? We offer an alternative explanation, which sets this current period of austerity and attitudes to councillors in a broader historical context. For many decades, both official and academic portrayals of councillors have characterised them as suffering from a series of shortcomings or failings. Such deficiencies include the ‘wrong’ personal attributes, the lack of managerial skills, political shortcomings, and so forth. Invariably, councillors are seen to be behind the times, overtaken by events, and – more frustratingly – resistant to attempts to get them to change.

Such attitudes have framed institutional reforms. Elected mayors, the separation of councillors into executive and scrutiny roles, and the promotion of new forms of ‘community leadership’ are all aimed at the perceived problem that councillors are overly traditional, unwilling to adapt to managerial requirements, and too subject to new democratic pressures, while all the time remaining wedded to party politics and their primacy as elected representatives.

In fact, since at least the early 1960s, councillors have consistently been portrayed as marked by a series of deficits, which have left them out of step with the social and political environment, and without the skills to meet the managerial demands of the times. In the 1960s and 1970s, councillors were seen to be lacking corporate management skills and an ability to plan and coordinate. In the 1980s, they were perceived to lack the business-related skills associated with competition and contracting. In the latter 1990s, and right until the present day, they are seen to lack softer skills relating to networking, partnership, facilitation and consensus-building. Indeed, we are somewhat overrun by demands for councillors to become ‘community leaders’, ‘scrutinisers’, ‘facilitators’, or ‘stewards’, and ‘advocates’, as well as ‘storytellers’ or ‘mediators’. In short, whilst the particular weaknesses may have changed over time, the general problem has been consistent: councillors need to change.

Any explanation of the ‘missing’ councillor thus needs to be identified as being deeply rooted in these embedded images and attitudes. Councillors have been problematized as having a series of shortcomings or deficits and this has led to a concentration on addressing these perceived failings through a series of role changes or exhortations to change. In turn, this has led to an elusive search to ‘fix’ the office of the councillor, where such remedial work is usually set against a pre-defined set of principles, institutional designs and behavioural changes. Indeed, it has locked local government studies into a framing of research, which it finds difficult to challenge, because it is underpinned by a set of overly normative assumptions about the defence of local government.

But why is this a problem for our accounts of local austerity? Most importantly, this dominant set of attitudes has led to a lack of attention to the actual practices of councillors. And this negligence needs to be addressed, because it has damaging consequences. We are missing out on a rich source of insight into how austerity is actually playing out ‘on the ground’, the emotional impact of decision-making amidst austerity, and the pressure and dilemmas of the conflictual nature of applying cuts to those who you have been elected to help.

More broadly, this narrow view of councillors has significant implications for our understanding of politics and local representative democracy. It leads only to further policy interventions designed to resolve the perceived limitations of councillors as elected representatives. This means that policy goes around in circles in the hope of falling upon the appropriate institutional design or recruitment process that will provide us with the ‘right’ type of councillors, who will be able reconcile tensions across local authorities. Yet many of these tensions and contradictions have little to do with the alleged deficits of councillors and gaps in their capabilities. On the contrary, they are intrinsically political, that is, they are the inevitable products of underlying conflicts and disagreements, which are borne out of competing understandings of why and how local services are delivered, as well as the diverse forms of democratic engagements and demands in localities.

For these reasons, we need to do more for councillors, not ignore them; we need to invest more in the office of the councillor and this investment needs to be informed more by offering support for the actual practices of councillors, rather than efforts to tackle their assumed shortcomings. A starting point in this regard is to critically examine councillors and their practices of austerity governance, rather than have them ‘missing in action’.

What this requires in practice is for us to refocus our attention on the crucial role of politicians, and the ‘stage’ of representative politics, in producing policy outputs, and forging democratic settlements. It means that we must recognise how the practices of councillors differ, not least because of the economic and political contexts of different wards, and the identities and personal situations of councillors. And, most of all, we should move away from uniform top-down models of institutional design, while accepting and supporting the diversity of responses that inevitably emerge to the ever-present contradictions and tensions of local politics.

Note: the above draws on the authors’ 2017 PSA conference paper ‘The 21st Century Councillor – new skills or old dilemmas?’.

Neil Barnett is Senior Lecturer in Public Policy in the Faculty of Business at Leeds Beckett University.

David Howarth is a Professor in the Department of Government and Co-Director of the Centre for Theoretical Studies at the University of Essex. 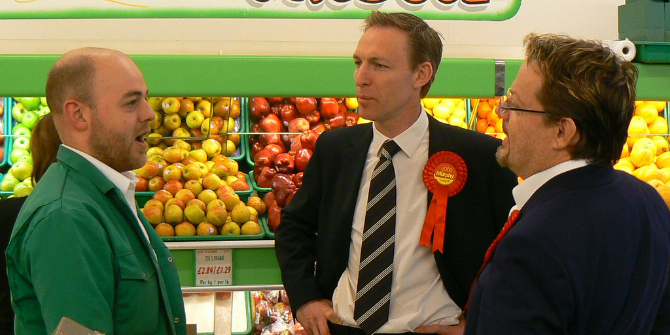 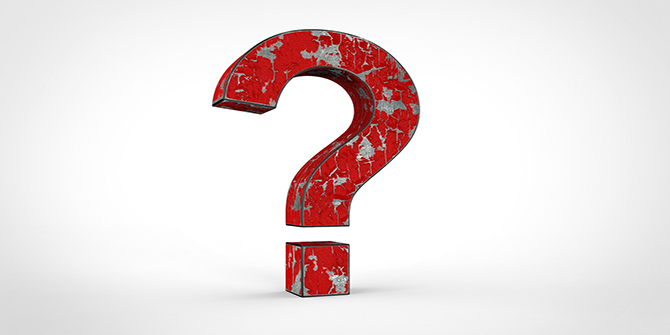