Although Theresa May wishes this election to be about the UK government’s mandate for the Brexit negotiations, Scottish parties may want voters to have a different referendum in mind when they cast their ballots in June. Ailsa Henderson explains.

Political parties in states where there are regional, linguistic or religious divisions face certain choices, including about their mode of organisation – to federalise or not – as well as whether they will seek to make partisan capital of cleavages. The various options offer a different balance of reward and risk. In Canada, for example, parties have tended to practise a form of brokerage politics. Reflecting perhaps a preference for caution, this includes each party attempting, internally, to cut across regional or linguistic cleavages that might otherwise find themselves in tension. The dominant view has been that parties seeking to position themselves on only one side of a cleavage would likely tear the country apart and so would offer short-lived reward.

Now one might rightly point out that Scottish voting intentions have long differed from those in England and it is also true that regionalist parties regularly win seats in Scotland, Wales, and Northern Ireland. What we see in Britain at the moment, however, is a party system that not only pays little regard to managing possible cleavages internally, but that actively primes regional cleavages in election campaigns.

A sign that 2015 would provide a different sort of campaign in the UK could have been detected in David Cameron’s speech the morning after the 2014 Scottish referendum. With the Scottish issue having been dispatched, Cameron suggested it was now time to think about England and curbing Scottish influence at Westminster though English Votes for English Laws. The Prime Minister might well have believed it necessary to appeal to voters tempted by UKIP or to those seeking to rebel within his ranks – and indeed if viewed through that narrow prism the move might be evaluated as a success. But it was an appeal to England at a politically sensitive time with curious disregard for the political fragility of the union. It also all but guaranteed that 2015 would offer a significant departure for two reasons.

First, on display was a governing party seeking to win votes in one part of the state by warning of voter influence from another part of the state. In Scotland there are frequent claims that the SNP is not Scotland – and obviously this is true – but that distinction was of no interest to those running the Conservative campaign in 2015. The dog whistle of Englishness not only made no effort to appeal to unionism north of the border, it sought to play on a suspicion of those not like ‘us’ including migrants, foreigners, and Scots.

Second, the debate among Scottish parties was largely orthogonal to the debate in England and Wales. Admittedly the presence of the SNP means that UK elections in Scotland can emphasise different issues but 2015 focussed primarily on arguments raised in the 2014 referendum. The SNP offered a united message about standing up for Scotland. The Liberal Democrats sought to defend their record in government but also suggested they alone could temper Conservative antipathy to Scottish wishes. Labour candidates faced the challenge of an unpopular UK leader, a Scottish leader in the post for less than six months, and an uninspiring referendum campaign.

Fought largely as a re-run of issues raised in the referendum, and on the issue of standing up for Scotland as well as securing constitutional change, the 2015 UK General Election in Scotland could be considered a second order election. One might quibble and say that the constitution is a reserved matter, so technically it was a first order election, but that misses the point: in the 59 constituencies north of the border this was a UK election fought largely in Scottish policy space.

What then might we expect of 2017? It is to be assumed that the SNP will devote rather more attention to the independence referendum in its manifesto than in its other post-referendum documents and might well claim that a majority of seats or a plurality of votes offers a compelling mandate for a second referendum (or an even more compelling mandate, depending on your view of 2016). It has certainly begun by claiming that it alone can stand up for Scotland.

The Conservative party in Scotland campaigned in 2015 on a message of stability and sound financial stewardship as well as an end to constitutional bickering. Its communications thus far suggest it intends to prioritise the constitutional issue at the expense of, say, Brexit negotiations. But Conservatives in Scotland are in a difficult position in this election. Its elected representatives, at various levels, were, with limited vocal deviation, pro Remain in the 2016 referendum and have had to defend a current Conservative negotiating position that appears to be favouring a hard Brexit. This is at odds with majority Remain preferences in Scotland, but it also sits uneasily with the preferences of Scottish Leave voters.

Recent Scotcen polling suggests, unsurprisingly, that Scottish Remainers want continued access to the single market but so too do 92% of Leave voters in Scotland. In other words even those who voted Out in Scotland wanted to stay In. This makes for difficult terrain for those seeking to defend the Prime Minister’s current public manoeuvring on Brexit.   At the moment Scottish Conservatives appear to be banking on the fact that voters will prioritise their indyref preferences over their Brexit preferences.

There are rival models for voting and those that work in some contexts don’t always transfer well to others. Proximity models suggest that voters back the party that is closest to their own preferences on issues of importance. The constitution, however, is not a proximity issue, otherwise everyone in Scotland would vote for the Liberal Democrats. It’s a directional issue, where messages about issue ownership and competence matter most. In such situations it is parties at the poles of the debate that tend to do well.

The 2016 Scottish Parliament election operated along these lines. Early signs are that the 2017 UKGE in Scotland will operate in a similar way and because it will focus on standing up for Scotland or the prospect of another independence referendum it will offer another second order election. The UK government might wish this to be about the Brexit referendum and the mandate for negotiations, but there is early evidence that it’s another referendum Scottish parties want voters to have in mind – whether they want one or not, whether they will vote Yes or No – when they cast their ballots in June.

Ailsa Henderson is Professor of Political Science and Head of Politics & International Relations at the University of Edinburgh. 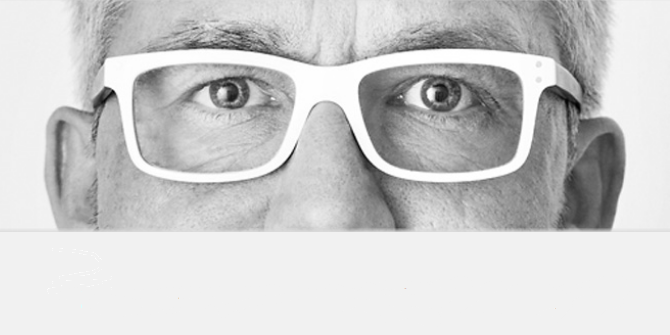 Five minutes with Paul Dolan: “Happiness is experiences of pleasure and purpose over time”