The white paper on Scottish Independence published last month contained proposals to extend the current provisions for childcare. Craig McAngus explores what the proposals mean for gender equality in an independent Scotland. He finds they will not go far enough for those who wish to see Scotland achieve the levels of gender equality of the Nordic countries, but they are a first step towards such a radical transformation.

The release of the Scottish Government’s long-awaited white paper outlining the blueprint Scottish independence has sparked heated debate between politicians and roused the inherent curiosity of the academic community. One of the prominent features of this hefty document is the proposal to greatly extend the current provisions for childcare if Scotland votes ‘Yes’. Because opinion polls have shown women to be relatively sceptical about independence compared to men, the cynical view suggests that the proposals represent a deliberate vote-winning strategy on the part of the Scottish Government.

However, the SNP has been looking to examples such as the Nordic countries for inspiration as to how Scotland could become a more egalitarian society. The childcare proposals throw up a very important question with regards to the potential for greater gender equality in an independent Scotland. Do the Scottish Government’s proposals have the capacity to foster a more gender equal society? This discussion aims to address this question in a preliminary way by analysing some of the proposals as set out in the white paper.

The extension of childcare is undoubtedly an important theme of the white paper. The word ‘childcare’ is mentioned 74 times in the document, which is more often than the words ‘taxation’ (72), ‘revenues’ (71), ‘finance’ (70) and ‘citizenship’ (70). When looked at more closely, the proposals for extended childcare are strongly linked to greater levels of female participation in the labour market. The white paper uses the example of Denmark, stating that compared to 59% in the UK, 79% of mothers with children under the age of six are in work. Furthermore, the paper suggests that when childcare is mentioned as a barrier to working full-time, 70% state that it because of cost. By investing more in the supply of services rather than subsiding demand, the Scottish Government has made an attempt to shift the direction of an independent Scotland away further from the UK Government’s more market-oriented approach.

The white paper then goes on to state that the aim of the proposals is to allow women to choose work without worrying about the cost, and claims that this will lead to a greater level of sustained employment in good quality jobs. Linked to this are proposals to extend the Living Wage across a greater number of private sector employers which, the white paper suggests, will benefit women as they make up the majority of those currently on low pay. As a result of greater and enhanced female participation in the workplace, the treasury of an independent Scotland will benefit from the increase revenues accrued through taxation.

The childcare proposals are part of a wider ‘social investment’ approach to welfare advocated by the Scottish Government. Social investment, according to the white paper, is ‘an investment across a person’s life that is designed at all stages to promote equality, fairness and social cohesion.’ The childcare proposals play a central role in this overall approach which, as well as supporting parents to find sustained employment, is also an investment in children themselves.  Indeed, all 3 and 4 year olds, and ‘vulnerable’ 2 year olds, are promised 1140 hours of childcare per year, the same amount of time a child will spend in primary school. The inclusion of vulnerable 2 year olds is significant as it represents an extension of the Scottish Government’s preventative spending strategy.

Overall, there is an element of policy transfer at play here: the white paper explicitly refers to the Nordic countries which ‘have shown that effective social protection systems, based on the social investment principle, can help to reduce unemployment, increase earnings and spending power as economies grow.’ With a target of Scotland matching ‘the very best in Europe’ when it comes to supporting children and their parents, the Scottish Government has set an ambitious target in terms of outcomes, based upon universal provision, which is deliberately distinct from the direction taken by the current UK government.

Would these proposals result in greater gender equality?

The Scottish Government has realised that to achieve a more gender equal society the state has to play a central and active role. By advocating more state-funded childcare in order to facilitate women who wish to pursue their chosen career, as well as realising the importance of the living wage, the Scottish Government is showing that they, at least partly, understand some of the central issues. However, there is little evidence that the proposals represent a broader and more overarching strategy to tackle and reduce gender inequality in Scottish society. For example, the word gender is only mentioned 16 times in the main text of the white paper. Of these 16, only 6 actually refer to specific policies that refer to shifting the balance of gender power relations in Scottish society, and these relate to increasing the number of women present in boardrooms in both the private and public sector. Nine of the other 10 mentions refer to promoting gender equality as part of Scotland’s international development policies, and the final one refers to changing the rules of succession of the monarchy so that a first born daughter can inherit the throne instead of a younger brother.

Recent literature on measuring gender inequality suggests that there are three basic resources, based on Weberian theory of social stratification, that sustain the social status of individuals: economic resources, social prestige, and the political system. On the whole, measurements of educational attainment (as a measure of social prestige) show a relatively high level of progress across Europe with regards to gender equality. In terms of economic resources, it is widely known that there is still an unacceptable pay gap between men and women across the developed world. Aside from some aspects of the ‘raw’ gap explainable by the fact that women tend to work fewer hours on average and occupy fewer managerial and senior positions, there exists a ‘residual’ gap which cannot be explained as anything other than gender discrimination. Research into recent university graduates across Europe finds that, in a sample of 11 EU member states, the UK has the 4th highest residual wage gap, eclipsed only by Spain, Italy and the Czech Republic.

Furthermore, there is a strong correlation between a low residual wage gap and high political empowerment (Norway and Finland being the best examples). Although the Scottish Government’s proposals appear to address aspects of economic resources, they fall short when it comes to developing a strategy to fundamentally and holistically address inequality with regards to organizational power. Indeed, addressing this issue would require greater appreciation of the role of far greater female engagement in the political system. Although the Scottish Government’s proposed approach to childcare is an attempt to address the ‘demand-side’ issue of gendered care more generally, it still fails to differentiate itself from the current UK approach which valorises ‘economic’ participation at the expense of other important considerations such as participation in the ‘care’ economy.

The exploration above has set out to provide a preliminary analysis of what the proposals mean for gender equality in an independent Scotland (although it does not go as far as considering the financial affordability). On the one hand, there are positive developments in the white paper with regards to gender equality. The Scottish Government understands that the state must provide generous and universal provision in order to allow women greater economic freedom. The proposals provide the scope to begin discussing and framing the discourse surrounding issues of gender equality in order to alleviate many of the burdens that women disproportionately bear as a result of their greater engagement in caring for others.

However, the proposals will not go far enough for those who wish to see Scotland achieve the levels of gender equality of the Nordic countries. The white paper does not address the crucial issue of women’s participation in public life, and therefore will be a disappointment to those who wish to see a more radical redistribution of power along gendered lines.  Nevertheless, it can be seen as a first step towards such a radical transformation.  If Scotland votes ‘Yes’ next year, then it lays tentative foundations which can be built upon going forward. If Scotland votes ‘No’, then it provides a basic outline with regards to the types of responsibilities and powers a devolved Scottish parliament would need in order to achieve such outcomes. The Scottish Government has laid down the gauntlet on this issue in order to make a clear distinction between an independent Scotland and the status quo, and without a major shift in policy from the UK Government, independence is going to look more attractive to many working parents as a result of the proposals.

Craig McAngus is a Research Fellow at the University of Stirling. He is currently working on a branch of the ESRC’s Future of the UK and Scotland project which looks at whether Scotland can become a more gender equal society. 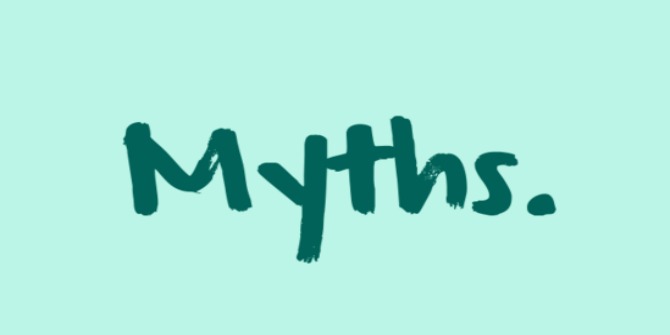