The UK is the world’s fifth largest economy with low levels of unemployment, yet the use of food banks has reached a record high. 1.6 million emergency parcels were given out in 2018 by Britain’s largest food bank network, the Trussell Trust, making it the busiest year in the charity’s history. Many believe the growth in demand for food banks is a reflection of an increase in poverty, while others suggest that maybe supply is fuelling demand.

In the latest episode of the award-winning LSE IQ podcast, Joanna Bale talks to clients at a food bank in West London, as well as its CEO, Daphine Aikens. Also giving their expert opinion are Aaron Reeves, Visiting Senior Fellow at LSE’s International Inequalities Institute and Associate Professor in the Department of Social Policy and Intervention at Oxford University, along with Laura Lane, Research Officer for LSE Housing and Communities in the Centre for Analysis of Social Exclusion. 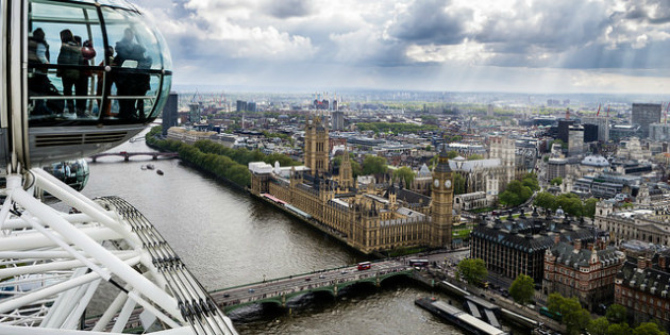