Will the MPC raise UK interest rates in 2014?

Will the MPC raise UK interest rates in 2014?

With the historically unprecedented output gap, raising interest rates would mean accepting that something catastrophic and irredeemable had happened to the UK economy. That is why a rate rise this year would be extraordinary, writes Simon Wren-Lewis. Moreover, If interest rates rise but real wages do not (because productivity growth continues to stall), then there may be a wave of defaults and repossessions after all.

Chris Giles of the FT thinks the MPC will raise rates in 2014. His reason is straightforward: economic growth will continue to outstrip productivity growth, implying unemployment will fall below the MPC’s 7% threshold, and the MPC will worry that inflation will start rising.

While I try an avoid making forecasts (see my first answer to the FT questionnaire here), I would agree that strong growth in 2014 is more than possible. The savings ratio could continue to fall, net trade could pick up and non-residential investment may begin to recover. It would be bad news if this was accompanied by continuing near zero productivity growth, but as we do not know why UK productivity growth has stalled, we cannot rule this out.

Yet if interest rates did rise as a result, it would be extraordinary. To see why, just compare the UK with the US. US GDP began growing strongly at the end of 2009. So the UK is a full three years behind. Yet the US still has interest rates at their zero lower bound, four years after their recovery began, and has only just begun to scale back increases in its quantitative easing programme. (The MPC stopped increasing their programme some time ago.) So if we followed the US, there would be no question of raising rates this year.

The UK has been unusual in the past because of inflation. While US inflation has been at or below target for the past year and a half, it has been above target in the UK for 4 years. Yet the UK inflation rate is now down to 2.1%, despite the recovery in output. So it increasingly looks like high UK inflation in the past was down to a number of temporary factors, which the MPC rightly ignored. This is consistent with other measures of UK inflation, which have been lower throughout.

Now of course if inflation really does look like taking off in 2014, the MPC will raise rates. But what would ‘taking off’ mean precisely. As the MPC focuses on inflation two or so years down the line, I think it would have to mean a sudden tightening in the labour market. Given that unemployment is currently around 7.4%, and averaged 5.25% between 2000 and 2008, and earnings growth is currently running at 0.9% in nominal terms (!), we seem to have a long way to go before anyone could argue the labour market is about to initiate a wage price spiral.

Think of it another way. UK GDP is currently between 15% and 20% below where it would have been if it had followed past trends and there had been no recession. Past trends involved average growth rates of at least 2%. With that historically unprecedented gap, if two years of GDP growth one or two per cent above that past average meant monetary policy had to be tightened, it would mean accepting that something catastrophic and irredeemable had happened to the UK economy. That is why a rate rise this year would be extraordinary.

Now you might say a small increase in UK short term interest rates would still mean that monetary policy was easy, but just a little less so, and so a modest rate rise would be no big deal. The Resolution Foundation would strongly disagree. In a recent report they looked at the impact that various different scenarios for interest rates would have on households. The following chart indicates the key point.

The left hand panel gives the proportion of households paying over 25% of their disposable income in debt repayments (light pink), and over 50% (dark pink). The key point is this. The 2011 proportions are not very different from the average over the previous two decades, despite interest rates being much lower. In other words, we have not seen a wave of defaults and repossessions following the recession because the MPC cut interest rates to the bone. If interest rates rise but real wages do not (because productivity growth continues to stall), then that wave may happen after all. (See the right hand panel.)

As a result, even a small increase in interest rates is likely to have a large impact on at least some parts of the UK economy. The Bank is well aware of this (pdf, HT Pieria), so members of the MPC should not take this action lightly. As I have argued before, given the risks and uncertainties associated with the economy’s current position, it makes much more sense to take risks with inflation than to risk stalling the recovery. But I also thought that in 2011, when GDP growth was flat, and a third of the MPC disagreed, so nothing is for sure.

We can at least be thankful that interest rate decisions are not made by the so called ‘Shadow MPC’, a group set up by the Institute of Economic Affairs. They have been voting since February 2013 to raise interest rates! How can you vote for higher rates before a recovery starts, when it is obvious that there is large scale involuntary unemployment and underemployment? Well back in the 1940s Michal Kalecki had a theory, but then he was a Polish immigrant! 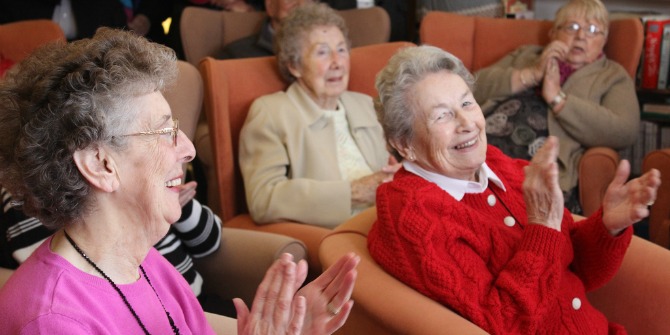