Caroline Lucas, Green Party MP for Brighton Pavilion, and her co-accused have been found not guilty for their role during an anti-fracking protest in Balcombe. Rupert Read takes the opportunity to praise Lucas for standing up to the fracking industry. He laments the continuing subsidisation of the fossil fuel industries and argues that renewable sources of energy offer a way to blow the energy market wide open to the benefit of all.

I’ll get to Caroline Lucas. First, let’s take a step back, and note that it’s no wonder that we’ve labelled each period of rapid economic change over the last 300 years a ‘revolution’. Whether it be the agricultural revolution of the 18th Century, the industrial of the 19th or the information revolution of the late 20th, each has brought with it both dislocation and opportunity as old industries fade and new ones come to take their place.

The clean tech revolution of the 21st Century will be no different. This time change is primarily being driven by necessity rather than a sense of opportunity. Powerful vested interests are trying to maintain the status quo. Oil companies spend about $150 million every year on lobbying in Washington alone.

The status quo comes at a huge price. We subsidise what I like to call the fossil industries, especially oil and now fracking, through tax breaks, military spending and through picking up the tab for their environmental damage. We’ve been deferring paying for changes to our climate for decades already, but at some point the bailiffs will turn up on our doorstep.

Is it any coincidence that big oil has so much to lose – and that the links between climate sceptic think tanks and campaigns and the oil industry are so strong? The evidence is out there. You don’t need a weatherman to know which way the wind blows.

Yet the latest technological revolution is bursting with opportunity, as I showed in my recent report on the need to implement a renewables revolution, a report Foreworded by Jonathon Porritt, former Chair of the Sustainable Development Commission. The IPCC itself, which reported last Sunday, says that we need a “massive shift” towards renewables: a shift that would provide good green jobs, and resilience-ise our economy against future shocks, transforming it in the direction which everybody knows is the necessary one.

Nor will greater energy self-sufficiency hurt us geo-politically. The current situation in the Eastern Ukraine is a reminder just how much fossil-dependency hobbles us when there’s a crisis in the air. The lack of will to stand up to Russia comes, in large measure, from worries that tit-for-tat economic measures could leave much of Europe without fuel next winter.

But clean tech poses a real threat to the status quo. If it offered easy an easy route to monopoly or oligopoly the major energy companies would surely rush at it. But green power is far too democratic (even more so, if one goes down the community-owned route, as Greens are uging). Wind, waves and sun can’t be owned or controlled.  Markets could open up to real competition as the barriers to entry dropped; a solar array or a wind farm or a wave platform are all within the reach of medium sized enterprises in the way that gas plants oil rigs and nuclear facilities simply aren’t.  Businesses love to create dependency – consumers hate it.  Renewables offer a way to blow the energy market wide open to the benefit of all.

That competition would surely drive innovation and job creation. The UK has long had the opportunity to be a leader in clean tech intellectual property but has slowly surrendered its advantages to cannier competitors. But there’s still time for us to take our place at the forefront of the latest tech revolution. Greens want to see tax structures change to reap the benefits of this future wave rather than being pegged to the relics of the past. Retrofitting millions of homes to make them more energy efficient would forestall the possibility of ‘brown-outs’ touted by carbon industry lobbyists and create tens of thousands of jobs.

Re-assigning the tax breaks given to frackers so they benefit renewables instead would help small businesses and help us meet our climate targets. A Robin Hood tax could help bankroll micro-generation projects in housing developments. A tax on bank bonuses could help fund community energy generation projects and renewables R&D (such as that needed to bring wave power online) and Green MEPs would push for new EU- wide rules to fast-track planning for offshore renewable energy.

So to all the nay-sayers it’s easy to reply by pointing to an economic and political case that far from entrenching vested interests would deal with the major problem facing humanity in the 21st Century and go some way towards making our society more democratic and more equitable. And while the nay sayers will doubtless continue to stand up for their own interests over those of the vast majority, I believe enough people can be persuaded to make the coming green revolution a near inevitability.

That’s why I think that what Caroline Lucas MP did in standing up to the frackers, the fossil fools, is so marvellous, and so significant. It’s amazing and fitting news that she has been found not guilty this afternoon. Future generations will adjudge her a hero, and the fossil companies as guilty…

Note:  This article gives the views of the author, and not the position of the British Politics and Policy blog, nor of the London School of Economics. Please read our comments policy before posting. Home page image credit: http://underclassrising.net

Dr Rupert Read is Reader in Philosophy at the University of East Anglia and was until recently a Green Party Councillor in Norwich. His books include Kuhn (Polity, 2002), Philosophy for Life (Continuum, 2007), There is no such thing as a social science (Ashgate, 2008) and Wittgenstein among the sciences (Ashgate, 2012). He is now working on a book critiquing the political philosophy of liberalism. He blogs at http://liberalconspiracy.org/author/rupertr/, www.rupertsread.blogspot.com, and at http://blog.talkingphilosophy.com/?author=26. Or go to www.rupertread.net. Read is also Vice-Chair of www.greenhousethinktank.org 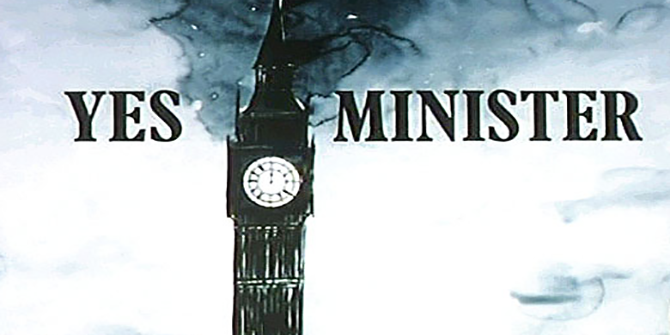