MSc student Jane Cooper explores how our fears, representations and identities might account for the gap between threat and response to the Ebola epidemic.

Urban Ebola is an emergent phenomenon: a nasty biological pathogen has found a new ecological niche, in dense urban populations without adequate services and with some distrust of authorities. Those conditions are widespread in our world. We have not matched the species-level threat with the requisite complexity in levels of thinking.

The weakness of the virus is in its relatively low rate of transmission, but our potential advantage is countered by its ability to amplify the very conditions needed for human transmission. Health workers and services are specifically targeted, other services are suspended, and markets and food availability decline. That brings more death and disease, along with more fear, fury, distrust and division.

Urban Ebola is a societal, not merely a biological, pathogen. The societal impacts favour transmission and impede control. This is happening worldwide, and might help explain why global decision-making has left us living with Ebola, in a situation that no soul on the planet would seem likely to have chosen. The virus seems to profit from, and produce, societal features of distrust, and the dominance of individualistic and local/nationalistic identities, sentiments and representations.

Nearly nine months after the emergence of urban Ebola, there is active transmission in three countries, with ongoing risks of further spread, and increasing societal and economic impacts, which we may not have fully scoped. Ebola in acute conflict, with population displacements, collapse of services and difficult access, would be much more difficult to control. At best, we face prolonged and expensive efforts to control transmission, in the face of economic and social impacts. Latest WHO estimates report a minority of cases receiving treatment in a setting that minimises transmission – 13% “isolated” in Sierra Leone – but clearly there are difficulties in obtaining accurate data, and in definitions. If this is half time, the score is no better than Ebola 2, Humans 1. It seems a moment when a coach would talk about team spirit.

Humans scored in having sufficient knowledge and know-how to stop transmission, despite challenging tensions between urgent scaling up and the need to work sensitively and in collaboration. In MSF settings, where some 270 international and over 3,000 local staff currently work, over 1600 survivors have been treated at the time of writing. Of 25 staff infections, most had been attributed to exposures of local staff outside work. Of a total of some 700 international workers, 3 had recovered from infection. Local health workers have been, and will remain, critical to the response. Outside adequately resourced settings, nearly 600 African health workers are reported as having been infected, and over 300 as having died. Those sacrifices, and our debts, have not been sufficiently recognised.

The virus scored in gaining access to the new urban niche. And Ebola continues to profit from the humans’ own goal, as our fears and representations undermine our response. We still hope to score in successful vaccine development, which could offer some needed protection to exposed health workers. But vaccination programmes have already been destroyed in affected communities, for whom measles epidemics might seem a more likely prospect for 2015 than protection against Ebola.

How to explain what went wrong? There’s much work to be done, and some risk of diversionary scapegoating. The organisational literature offers much, including gems such as functional stupidity, competency traps, and superstitious learning – a phrase that surely deserves as much currency as the ritual assurances that lessons have been learned. Are these notions applicable at global, species level? What do we seem to have been thinking so far?

The low transmissibility permits notions that the fortunate can keep a safe distance. Previous outbreaks have been described as having “died out” – in fact, known outbreaks were controlled by co-ordinated efforts of locals and volunteers working in affected communities. And it isn’t that outbreaks die out, but rather that people, families and communities die.

We take fear, and infer personal risk, from images of precautions needed to rehydrate and care safely for desperately sick people shedding huge numbers of viral copies. These perceptions combine with the classic distancing and “othering” reactions associated with contagion, while apparently latching onto our still insufficiently examined representations of Africa, and Africans.

The focus on border controls, and public perceptions of the recklessness of international volunteers, might be seen as symptoms of distrust in governments’ abilities and good faith in protecting citizens. Meanwhile, governments might seem not to trust populations with the simple message of biological reality – if safe is defined as a return to background risks, no one is safe until we all are. Are we really not capable of reactions other than stark panic or indifference? Were politicians wise to allow their first instincts to push them into such contestable terrain? Has this produced disincentives which impede the flow of needed human resources?

A precautionary common sense appears to demand that returning volunteers are quarantined. Infection of international staff has been rare, and those with direct experience understand risks and symptoms better than the rest of us. Calls for quarantine endorse distorted perceptions of risk, and are not harmless precautions – volunteers have families who are exposed to circulating narratives and representations, and social pressures will reduce volunteering. While volunteering can be relatively safe, it may be enormously difficult and distressing, and might be made intolerable by feelings of isolation and hopelessness. Restrictions on trade and travel are ineffective barriers, while exacerbating societal pathologies and reinforcing disincentives to prompt and accurate case reporting. The better vigilance against overspill might be to address stigma and distrust that may restrict access to healthcare by the disadvantaged, tackling those features of urban environments that favour transmission and impede disease control.

A global emergency was declared in early August. The call in early September was for immediate deployment of teams trained in decontamination and biohazard preparedness, along with the kind of logistic capability we find in military organisations – although a call to send in troops might prompt doubts based on a recall of history. The response has foregrounded painfully slow construction efforts, while staffing has been largely outsourced to private companies, institutions or charities. The first “NHS” volunteers, seemingly under charitable management, will be operational in December. Perhaps, for some decision-makers, a lack of trust in reactions has inhibited communication of other activities.

I don’t mean to denigrate charitable intent, or to discount donations and volunteers – the operational responses of MSF to this epidemic, as to previous outbreaks, relied on private donations and volunteers. But it seems odd that, faced with uncontrolled urban Ebola, systems of government should seem content to pass along responsibility – and risk – in that way. Mixed messages, and inattention to potentially obstructive micro-processes of bureaucracy, seem to sabotage solidarity. Faced with a cry for hands-on support, this appears a very arm’s length enterprise.

Overall, the global response looks like a performance of control, rather than a realisation of serious shared intent to control transmission urgently. Put differently, it looks like risk avoidance and shifting, not risk management. It might seem superstitious to suppose that Western traditional beliefs in politics-as-usual and market forces will bring outcomes any better than those we’ve seen so far. Perhaps we hope someone else will magically deal with the problem. Maybe we’re imagining that Cuban – and now Chinese – doctors will save capitalism from the biosecurity crash of 2015? Is it taboo to reflect on our frailties, contradictions and failures, and how we share these with others?

Emergent phenomena warn against overconfidence in abilities to predict and control perturbations in material, social, political and economic realms. Ebola might stand as exemplar of twenty-first century problems; a species-level threat requires governments to negotiate a path through distrust and nationalistic squabbles in order to cooperate and mobilise. Assuming that few want Ebola, this might seem an easy context for needed practice in teambuilding.

This might sound Utopian to those living in affluent individualistic cultures. But giving health greater priority in revamped global systems is possible; ideas as startling as health ceasefires have been used elsewhere. At a recent LSE public talk, Slavoj Zizeck asserted that we find it easier to imagine the end of the world than to reimagine alternatives. The name Homo insapiens has, it seems, been in use for half a century. We need to look at our own thinking, question our representations, and enlarge our perspectives and identities in order to begin to learn the lessons of Ebola – and to eradicate transmission. Countering distrust with solidarity might be a good start.

This article first appeared on LSE’s Africa at LSE blog on the 28th of November 2014. 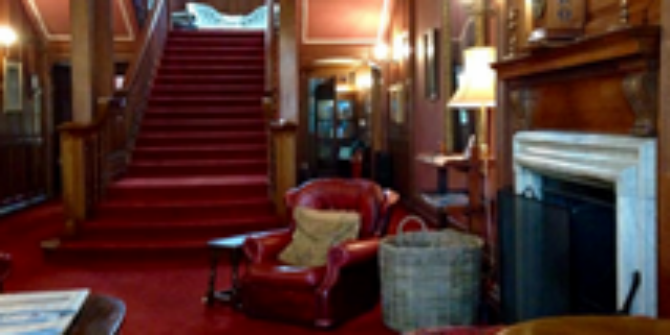 A Weekend in the Country: Dept of Social Psychology’s Annual Academic Retreat 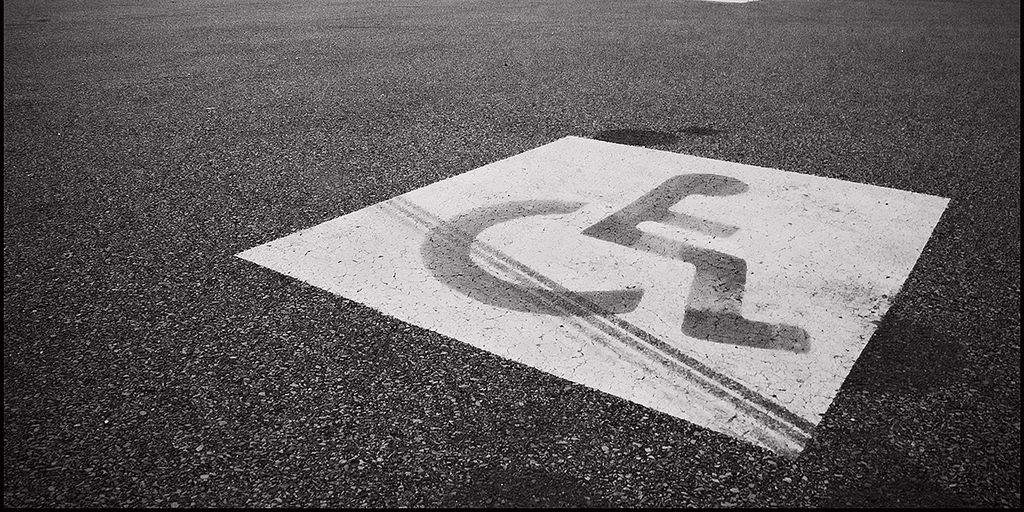 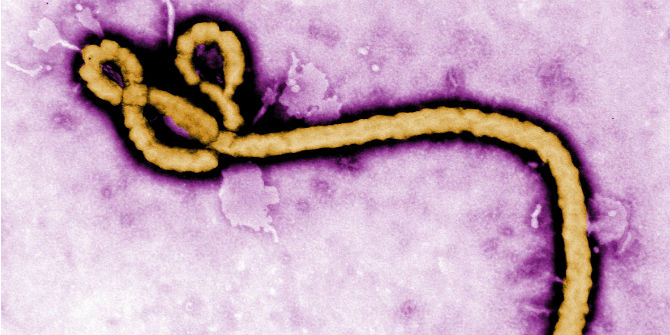