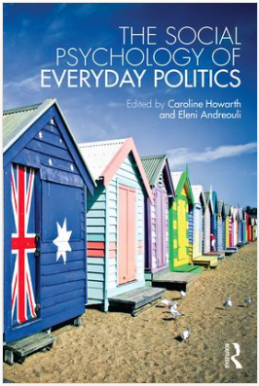 Associate Professor, Caroline Howarth, along with Eleni Andreouli of Open University, have recently published an edited book exploring the ways in which politics are a part of, and shape, everyday life experiences, from interpersonal interactions, intergroup relations and our attitudes, and beliefs about the institutions that surround us. The book is divided into three interrelated parts which focus on 1) the politics of intercultural relations, 2) political agency and social change, and 3) political discourse and practice. It offers a diverse range of topics and scholarly contributions, all offering their unique insight into understanding present socio-political phenomena, from the micro- to the macro-level.

The book also features two chapters by other members of the department. Dr Ilka Gleibs and PhD candidate Geetha Reddy explore the topic of globalisation from a social and political psychology perspective, while PhD candidate Sandra Obradovic, alongside Caroline Howarth tackle the topic of reconciliation.

In their chapter titled ‘Everyday Reconciliation’, Sandra Obradovic and Caroline Howarth propose the concept of ‘everyday reconciliation’ to “focus on the ways in which our daily encounters with social and political representations of the past can be re-interpreted to create more nuanced images of conflicts and foster more critical and aware future generations.” The authors argue that this perspective, complimentary to other top-down and bottom-up approaches to reconciliation, allows us to take into consideration the ‘messier’ nature of social reality, not often considered in theories of reconciliation. By drawing on examples from the Israel-Palestine conflict, former Yugoslavia, holocaust survivors in Brazil, post-conflict Rwanda and Sierra Leone, the chapter offers an extensive overview of the literature on reconciliation, proposing an integrated perspective on reconciliation that focuses not only on inter-group reconstruction but also on intra-group processes such as generational dialogue and coming to terms with a shameful past.

‘The social and political psychology of globalisation and global identities’ by Ilka Gleibs and Geetha Reddy focuses on the social and political psychology of globalisation to examine how the psychological impact of globalisation on individuals is situated in a socio-political context and the described tensions. Using a multi-level perspective (macro to micro levels), the authors examine the interaction between the changing system on macro-level—for example through global business, international regulations, global mobility—and the individual on the micro-level. They adopt a broad definition of globalisation, which allowed for the observation of a tension between assimilation (becoming one and creating a ‘global’ culture or democracy) and fragmentation and localisation (the focus on small units/communities with a distinct ‘identity’) that have an influence on how individuals negotiate their own identities and how they relate to others. The authors argue that speaking of one ‘global identity’ in the singular or the idea of a ‘global culture’ and a ‘global identity’ is a practical impossibility. Instead it might be more fruitful to think of it as a multidimensional concept that takes into account the fluidity and dynamics of ‘global identities’ that recognises the process of ‘hybridisation’ (Croucher, 2009), intersectionality (Gillespie, Howarth, & Cornish, 2012), and a more differentiated perception of political context and culture (Bilewicz & Bilewicz, 2012; Tripathi & Mishra, 2012). Thus they propose that if one wants to examine the formation of ‘global identities’ and how globalisation impacts on identity processes, our understanding of a global space should be built around the fact that we can expect disagreement and tensions but also acknowledge the inherent connectivity and interdependence. This is discussed using a number of different examples that ground themselves in any given socio-political context, and draw researchers to not simply focus on how individuals negotiate their local and global cultures or on individual differences in identification but rather how individuals integrate the social aspects of the different contents and socio-political realities of what global identities mean in different contexts.

Geetha Reddy is a 4th year doctoral candidate pursuing a PhD in Psychology at the Department of Psychological and Behavioural Science, supervised by Dr Ilka Gleibs. Her research focus is on diversity and multiculturalism, researching ethnic identity constructions and negotiations among individuals in Singapore and Malaysia. Her other research interests include perspective taking among individuals, the socio-cultural determinants of health related behaviour as well as safety culture within public health systems.

Dr Ilka Gleibs is an Assistant Professor in Social and Organisational Psychology at the Department of Psychological and Behavioural Science at the London School of Economics. Previously she worked as a Postdoctoral Fellow at the University of Exeter and as a Lecturer in Experimental Social Psychology at the University of Surrey. She obtained a PhD from the Friedrich-Schiller-University Jena (Germany), and has a range of interests in social psychology but focuses mainly on social identity dynamics.

Caroline Howarth is Associate Professor in Social Psychology at the LSE. She specialises in developing a critical social and political psychology of intercultural relations. In her teaching and research she examines questions of identity, inclusion, reconciliation, prejudice, conflict and collaboration. She has over 50 publications on these topics in a range of international journals. She has been invited to speak at conferences around the world, from Melbourne to Cape Town to Sao Paulo. She is an editor for Political Psychology and is a consultative editor for Papers on Social Representations. She is dedicated to making Social Psychology relevant to a fairer, more inclusive world. 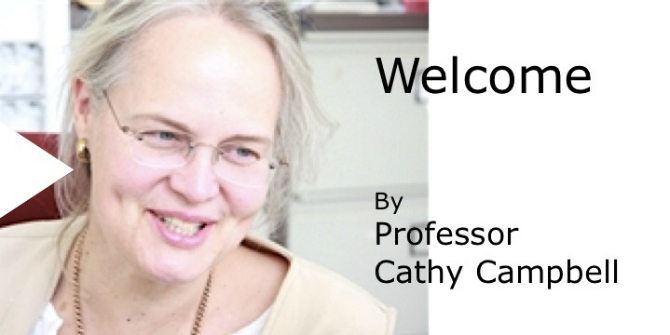