A new study from Brett Heasman and Alex Gillespie has been published in Autism which highlights an important methodological and theoretical gap in understanding autistic social interactions.

Autism is a lifelong developmental disability that affects how people connect and relate to others, and also impacts one’s sensory experience of the world (NAS, 2017b). For many years researchers have explored the reasons why autistic people find social interaction difficult, focussing heavily on the individual with autism, but much less so on their social relationships. Perspective-taking has been one area of particular focus, with research examining how, and in what way, autistic people find it difficult to see others’ perspectives.

Within social relationships, however, perspective-taking is an interactional accomplishment, usually achieved through sharing and soliciting perspectives in dialogue, which is sensitive to context and never reaches completion (otherwise we would have no reason to continue to talk to each other!). The challenge of seeing perspective-taking in autism as a purely cognitive activity is that it individualises and decontextualises social interaction, and in doing so places greater burden on the individual with a diagnosis as the sole cause for communication ‘failure’. This stands in strange contrast to the intersubjective way in which neurotypical social relationships have been analysed for over 50 years in fields of linguistics and anthropology. 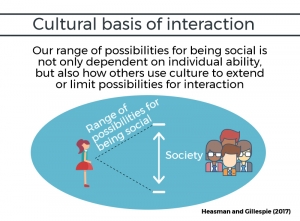 Certainly, from the lead author’s own experience of caring for autistic people with learning difficulties, other ‘neurotypical’ people play a big role in shaping possibilities for being social.  Indeed, for many years autistic people have been saying themselves that they have been misrepresented by discourses surrounding autism (Milton, 2012). To look at one side of the interaction (e.g. autistic –> neurotypical) requires simultaneously looking at the other side (e.g. neurotypical –> autistic) in order to assess how sociality is constructed. There is therefore a need for a perspective-taking approach that combines cognitive (i.e. imagining other’s mental states) social (i.e. identity, history and emotions of real personal relationships) and cultural (i.e. representations of autism) dimensions of perspective-taking in a two-way format.

A second challenge of research on autism in general is that too often autistic people have been frozen out of the process of knowledge production (Milton, 2014), which has furthered the misrepresentation of autistic people and contributed to a significant gap between research agenda and real-world issues. For our study, we began by working with a charity that supports young autistic adults and spoke to members on a daily basis about the different challenges they face. We found that many of the young adults we encountered believed society as a whole did not understand them, and that within family relationships this misunderstanding seemed to be even harder to manage. Breakdowns in family relationships seemed to be occurring at a critical time of transitioning from adolescence to adulthood, no doubt exacerbated by the need and challenges of developing an independent life. The members that we spoke to claimed they were being misunderstood by their relatives, and that intractable arguments were emerging where neither side felt they were being listened to by the other. For this reason we decided to focus on studying relationships between autistic adults and their family members. We wanted to revisit perspective-taking using a social, two-way approach that explores how both members perceive and understand each other.

We developed a new perspective-taking procedure adapted from Laing, Phillipson and Lee (1966) called the Interpersonal Perception Method (IPM). Social relations are comprised of direct perspectives on self and other, but also meta-perspectives on what each party thinks the other party thinks about them. Each of these dimensions can shape behaviour and interactions. The IPM explored these dimensions by asking each member of a given relationship to rate themselves (self), each other (other), and how they thought they would be rated by their partner (meta) on twelve key topics of everyday life. Participants were also encouraged to provide explanations for their ratings. Comparison of scores enabled constructs of disagreement, perceived misunderstanding and actual misunderstanding to be explored.

The findings provide empirical evidence of the ‘double empathy problem’ (Milton, 2012) which pervades autistic/non-autistic relationships and supports the need to develop more understanding with regards to a cross-neurological theory of mind (Beardon, 2017). The double empathy problem relates to how both members of an autistic/non-autistic relationship experience empathy difficulty (hence double) because their different perspectives on the lifeworld lead to differing norms and expectations held of each other. A cross-neurological theory of mind also suggests that perspective-taking is relative to neurological states and that there is not one universally correct way to represent other people’s thoughts. The findings support these phenomena by showing how representations of autism in culture facilitate a gap in mutual understanding in autistic/family member relationships, which is experienced on both sides of the relationship. The study therefore shows that a two-way approach to perspective-taking is both a productive and viable way to explore the nature of misunderstandings experienced in relationships.

Evidence that it is difficult to imagine autistic perspectives touches upon a number of wider issues. First the study shows a diagnosis can have two-sided effects in relationships because both parties believe the other is responsible for contributing to a gap in mutual understanding. Family members perceive autistic relatives as limited in their ability to listen and reflect because of their diagnosis, while autistic participants believe that the unique nature of their diagnosis makes it hard for family members to listen and understand their perspective. This perhaps explains why some family arguments become so intractable.

Second, there is a concerning statistic that autistic people are more likely to be unemployed (without a job), underemployed (in a job which fails to utilise their skills) or misemployed (in a job which is wholly unsuitable to their strengths) than the overall population (Baldwin, Costley, & Warren, 2014), with only 16% of autistic adults in full-time work (NAS, 2017a). It highlights how poor understanding of autistic people can have terrible quality of life consequences. For example ‘neurotypical’ people may not be aware that they are misreading autistic people, because neurotypicals operate under the assumption that their model of communication is strong and optimised. From the neurotypical viewpoint, autistic people may not provide a ‘normative’ way of correcting perspective, and even if autistic people did provide feedback their diagnosis may act as a barrier to others seeing validity in such feedback. When one considers that access to employment is dependent on surviving the social encounter of the interview, it raises the question of how far the culture of employment discriminates against autistic people.

Finally, the research also highlights the ‘looping affect’ of social perception, whereby the social construction of autism (i.e. the ways in which it is represented in culture) can loop back to affect the very phenomena it seeks to describe. In examples observed in the study, representations of autistic perspective-taking, which originated in science, were looping back to shape interpersonal perceptive-taking. This highlights that cultural representations of autism play a big role in shaping autistic possibilities for being social. When one considers news stories about autistic people, particularly stigmatising associations made about their ability to have empathy and morality, it is clear that more than identity damage is at stake. Such representations are actively shaping social possibilities for autistic people, affecting how others are able to extend or limit possibilities for being social. It highlights why improving public understanding of autism is so important. It also highlights why autistic people must have control of their own culture by having their voices promoted and included in all research and debate. 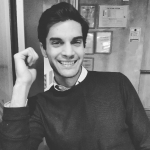 Brett Heasman is a PhD student in the Department of Psychological and Behavioural Science at the London School of Economics (LSE), specialising in public understanding of autism. His research is published in journals including Autism and Current Opinions in Critical Care. He has worked for several years as both a carer and researcher with autistic people, and has won grant awards for collaboration and impact from the ESRC and LSE respectively. In 2017 he created the ‘Open Minds’ exhibition to promote autistic voices and improve public understanding of autism, which was featured in an article by The Lancet Neurology, the world’s leading neurological journal.

NAS. (2017a). Government must tackle the autism employment gap. Retrieved from http://www.autism.org.uk/get-involved/media-centre/news/2016-10-27-employment-gap.aspx

NAS. (2017b). What is Autism? Retrieved from http://www.autism.org.uk/about/what-is.aspx 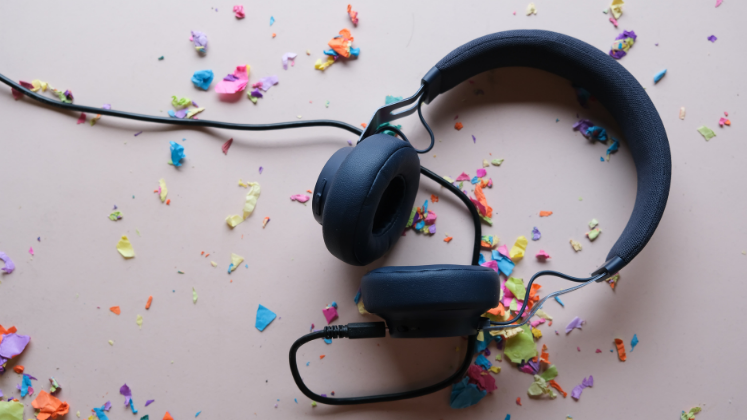 The Taste of Music 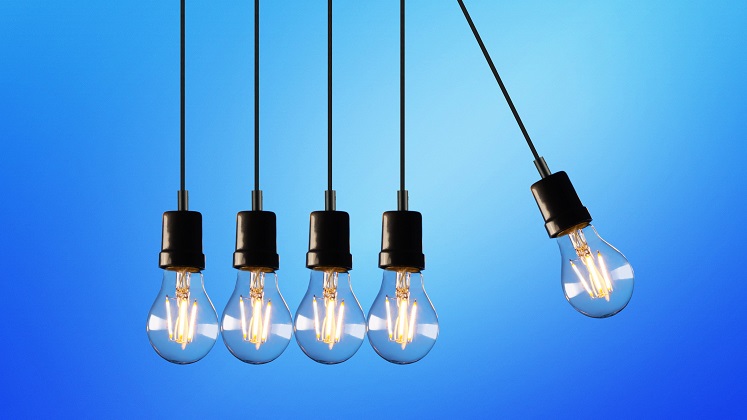