Stephen Hunt analyses the history of the Pentecostal movement in the United Kingdom.

Through its very many manifestations or ‘streams’, Pentecostalism has long enjoyed a presence in Britain since its inception at the beginning of the twentieth century and via the several revivalist forms of Christianity which fed into it at the close of the previous century. As the movement emerged, it gave birth to a number of churches which continue to flourish at the present time.

Today, however, it might be suggested that, apart from those Pentecostal churches originating in the developing world and now with a presence in Britain, the movement passed its apogee of popularity several decades ago, arguably in the 1970s (altogether there are still approximately 17,000 Pentecostal churches in the UK). This is not to suggest that Pentecostalism does not continue to be a major expression of Christianity in what might be described as a post-Christian environment. It has representation in both traditional (‘classic’) Pentecostal and ‘charismatic’ (‘neo’) Pentecostal church forms. To this division has more recently been added ‘third wave’ varieties, merging conventional Pentecostalism and other evangelical modes expressed through independent churches and mainstream denominations, as well as an over-representation in core Christian organisations such as the Evangelical Alliance.

Pentecostalism, perhaps more than any other manifestation of Christianity, has birthed numerous independent Pentecostal churches which have subsequently grown to become large denominations. Many have deep roots in the movement which emerged in the early twentieth century and retain a presence in Britain. Among the most notable is Elim (boasting some 550 churches in England and Ireland), a home-grown organisation, and the Assemblies of God (some 600 in the UK with a membership of nearly 70,000) being part of a wide global confederation of congregations (in fact, the largest of such in the world), and originating in the USA. These two Pentecostal denominations can claim to have some of the largest Christian congregations in Britain.

In addition to these are those churches such as the International Church of the Foursquare Gospel, also part of an international movement beginning in the USA, with several churches in the country. What originally separated these churches tended to be theological differences or ecclesiastical structure. Today there tends to be a fair degree of ecumenical communication and co-operation between them.

In Britain the so-called House Church movement which emerged in the 1970s has added to the kaleidoscope of Pentecostalism. To some extent it was a continuation of classical Pentecostalism in that they were enthusiastic about evangelism and embraced the Pentecostal emphasis on the charismata, but with some important differences which placed it in the ‘neo’ Pentecostal form. Several of these ‘house’ congregations, such as Newfrontiers, evolved into large independent churches. Others are in steep decline. Moving away from their sectarian roots, a number of these surviving churches have opened up ecumenical connections with their mainstream cousins. The former house churches are only one component of independent Pentecostal congregations in Britain. Numerous others exist which typically have titles such Victory Church, Christian Life, Christian Outreach Centre. A fair few are influenced by the Health and Wealth gospel originating in the USA.

Pentecostalism has long appealed to some ethnic minorities. From the 1950s Afro-Caribbean migrants, often alienated by established churches, set up their own. Many were Pentecostal in nature and today are over-represented in some of the mainstream Pentecostal denominations.

More recently, some of the largest Pentecostal Churches in the Britain are constituted by West Africans, particularly Nigerian. Among them are the Redeemed Christian Church of God which has over 400 congregations ‘planted’ by ‘mother churches’ in West Africa as part of an international network. Their congregations are almost exclusively West Africans with representation in many large cities and towns. Neither does the list end there. The multi-ethnic society has produced churches which draw little public or academic attention such as Latin American churches, notably Brazilian. A good number are Pentecostal in nature, reflecting the growing popularity of Pentecostalism in the continent.

Pentecostalism in the form of the Charismatic movement has also impacted the mainstream denominations, Protestant and Catholic, from the 1960s with an emphasis on the Pentecostal baptism of Spirit and charismata. While its impact has weakened as church attendance generally has declined, some of the cultural trappings of Pentecostalism remain such as expressive worship forms. Aspects of Pentecostal teachings can also be found in the popular Alpha course adopted by thousands of churches in Britain. Whether of a ‘classical’ or ‘neo’ Pentecostal form, many of the British churches of this ilk retain connections with global networks and, in particular, connect with evangelical revivals in the USA.

Dr Stephen Hunt is an Associate Professor in Sociology at the University of West of England (UWE) Bristol. 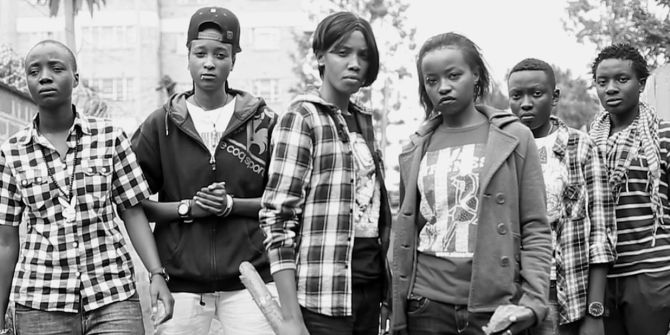