The current controversy surrounding the ratification of the Istanbul Convention in Croatia brings attention to the anxieties that religious people in democratic countries experience when confronted by policy initiatives that they perceive as contrary to their beliefs. Miguel Alcalde (LSE) and Josipa Šarić (University of Kent) consider how the genuine concerns of the people are often drowned in debates monopolised by political parties and established civil society organisations, and that these phenomena are not limited to the experiences of religious minorities.

The Council of Europe Convention on preventing and combating violence against women and domestic violence, also known as the Istanbul Convention, was adopted on 11 May 2011 and entered into force 1 August 2014. According to the Council of Europe’s explanatory report, this Convention aims to create ‘a Europe free from violence against women and domestic violence.’ Originally signed by 45 of the 47 member states of the council, so far 29 have ratified the Convention, among them Slovenia, Serbia, Montenegro and Bosnia and Herzegovina. However, there are 17 signatories that have not yet ratified it; Croatia is one of them.

The Istanbul Convention takes a gender perspective in its attempt to address the issues of violence against women and domestic violence, which means it looks at these problems as gender equality issues. In its Preamble, it describes these types of violence as structural, inextricably linked to unequal power relations between men and women. Although it also acknowledges that boys and men can be victims of domestic violence, and highlights the especially vulnerable status of gay and transgender men, it allows the implementing states to choose whether to apply the Convention to these victims.

Croatia signed, but did not ratify, the Convention in January 2013 during the centre-left government of Zoran Milanović. At the time the main reason given for delaying the ratification was the lack of financial resources needed for its implementation. Since then, there had been no significant progress until the current coalition government, led by centre-right Prime Minister Andrej Plenković, made some efforts to push for the ratification of the Convention in autumn last year. This move coincided with the call by Members of the European Parliament for all EU members states to ratify the Convention and echoed the pledge made by the current President Kolinda Grabar-Kitarović during her campaign in 2014.

Against this background of apparent agreement between the two main political parties in the country and sluggish legislative processes, the voices of civil society have started to speak out about this issue. Twelve well-established Croatian NGOs that work on feminist issues, LGBT rights and human rights, organised a protest which gathered a couple of thousand people in Zagreb’s “Cvjetni” square on the cold and snowy morning of Saturday 10 February 2018. This protest, dubbed the Handmaid’s March because it included about a dozen women dressed as handmaids from Margaret Atwood’s dystopian novel marching through Zagreb’s city centre, demanded the prompt ratification of the Convention by the Croatian Government and Parliament.

Equally, a number of groups and individuals have appeared in opposition to the ratification of the Convention. Among these, the most visible have been a number of Catholic bishops and priests who have encouraged their parishioners to oppose the ratification, as well as the conservative NGO U Ime Obitelji (In the Name of the Family) and the citizens initiative Istina o Istanbulskoj (Truth about Istanbul’s [Convention]). In 2013, U Ime Obitelji was instrumental in promoting, and subsequently winning, a referendum to modify the Croatian Constitution in order to define marriage as exclusively between a man and a woman. Meanwhile, Istina o Istanbulskoj is a specially created initiative that brings together a number of Catholic and conservative groups and associations, including the Catholic Medical Society of Croatia, with the objective of spreading their point of view about the Convention through media appearances and events organised across the country. The main objections raised by these groups and individuals relate to the introduction of a so called “gender ideology” in the Croatian legal system and a perceived loss of state sovereignty as a consequence of the monitoring role that the Convention attributes to non-state actors.

On Thursday 22 March, the Croatian Government adopted a draft law on the ratification of the Istanbul Convention along with an interpretative statement and sent it to parliament. The interpretative statement was introduced in order to mitigate anxieties and tensions regarding the Convention’s so-called ‘gender ideology’ agenda. It states that the Convention is compatible with the Constitution of the Republic of Croatia, that its aim is to protect women from all forms of violence and that its provisions do not contain the obligation to introduce a gender ideology in the Croatian legal and educational system.

However, this action did not satisfy the religious and political groups that oppose the ratification of the Convention, as demonstrated on Saturday 24 March when a protest against the Istanbul Convention gathered tens of thousands of attendees in the centre of Zagreb, a city with a population of only about 800,000 people.

Among the attendees of the protest were members of many Catholic organisations. One of those organisations is the lay Catholic association that has been the primary site of ethnographic fieldwork conducted over the past year by one of the authors of this post. The focus of this association is the development of the spiritual life of the individual and the majority of its members are women with a wide range of educational and professional backgrounds.

For them, the Istanbul Convention is a source of great anxiety and, over the past few months, their opposition to its ratification has become salient in their discourse and activities. The perceived dangers posed by the Convention are often discussed in meetings and social media. Furthermore, a number of activities that range from organising prayer groups to the collection of signatures for letters to be sent to the Prime Minister and other government officials are currently taking place.

As is generally the case in these situations, the knowledge that individuals have about the specific details of the Convention is far from homogeneous. However, there is consensus about the importance of preventing its ratification. Our interlocutors are specifically anxious about the introduction of “gender ideology” into the Croatian legal and educational system through the implementation of the Convention. Although the way in which the Convention brings this about or the effects it would have in society are never explicitly articulated, it seems clear to us that they are concerned about the normalisation, both in the law and in the school curriculum, of forms of gender identity which conflict with their beliefs. In other words, they fundamentally disagree with the idea that gender identity, sexual preference and biological sex can vary independently from one another and believe that the normalisation of this notion and its implications (such as the possibility of a person being transgender) will be very detrimental for society and the individual. Furthermore, they consider this an ‘ideology’ as opposed to the ‘natural law’ and the traditions of the Croatian people, which for them is fundamentally Catholic.

We suggest that governments and international organisations must increase their efforts to address these types of concerns in a timely and meaningful manner. This can be achieved through the implementation of mechanisms for direct engagement with the public that do not reduce society to political parties and established NGOs. In other words, by engaging in a truly inclusive and democratic dialogue from the inception phase of any policy initiative. Such an approach would work towards the achievement of shared understandings through meaningful and democratic dialogue, and towards the development of policy instruments that are more widely supported and are not perceived as threats to fundamental religious beliefs. 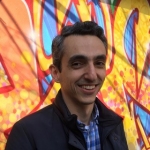 Miguel Alcalde is an ESRC-funded PhD Candidate in the Department of Anthropology at LSE. He is currently conducting fieldwork in Zagreb and his doctoral work focuses on practices for spiritual healing and self development among Croatian Catholics. Twitter: @mlalcalde 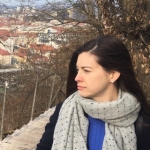 Josipa Šarić is a PhD Candidate in socio-legal studies at Kent Law School at the University of Kent. Her research examines gender, nationalism, and reparations for victims of wartime sexual violence in Croatia. Twitter: @SaricJo 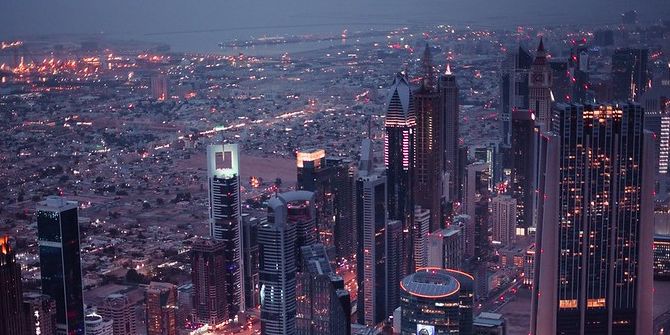