Are Islam and human rights compatible? The answer to this depends on what kind of Islam and what kind of human rights we’re talking about as well as when, where and with whom. Marie Juul Petersen explores how Islam entails a multitude of different voices, interpretations and positions on human rights, promoted by different actors in different historical, social, cultural and political contexts.

Some proponents of human rights are deeply sceptical of Islam (and religion in general for that matter). They argue that the two are inherently incompatible. To be sure, there are plenty of examples of Islam being used to legitimise violations of human rights today: Think of Saudi Arabia’s use of whipping and other inhuman punishments, Pakistan’s blasphemy legislation, or the many gender discriminatory laws in other Muslim-majority countries. But this is not all there is to say about Islam and human rights. If we listen to some of the many Muslim voices in contemporary human rights debates, a much more nuanced picture emerges. There are at least four different positions among Muslim state actors, civil society organisations and intellectuals today.

“All rights are subject to Islamic shari’ah”

Some flat out reject the whole concept of human rights. They consider human rights to be a Western invention, grown out of Western history and based on Western values of secularism and individualism – and as such irrelevant to the Muslim world. “The ideal of ‘human rights’ (…) is not a universal value common to all human beings regardless of religious belief,” the British Hizb Ut-Tahrir writes in one of its pamphlets.

Instead, they – and other human rights critics – prefer to talk about Islamic rights, based on the Qur’an and Islamic tradition. “Islam has laid down some universal fundamental rights for humanity as a whole,” said Abul A’la Mawdudi, an important figure in the Islamist movement in the middle of the 20th century. According to Mawdudi, the right to life, security, freedom and justice are basic Islamic rights. The Organisation of Islamic Cooperation’s 1990 Cairo Declaration on Human Rights in Islam is a concrete attempt at formulating such Islamic rights. The declaration states that “fundamental rights and universal freedoms (…) are an integral part of the Islamic religion” and that “all the rights and freedoms stipulated in this Declaration are subject to the Islamic Shari’ah.”

“The normal scope of human rights”

Today we primarily find proponents of Islamic rights among Islamic extremists, violent as well as non-violent. Only a small part of the world’s Muslims believe that it is possible – or desirable – to replace universal human rights with Islamic rights. Even the OIC rarely refers to its Cairo Declaration. But that does not mean that there is not still a great deal of scepticism towards at least some human rights. As the OIC’s Secretary General, Iyad Madani, says: “There are a number of issues that go beyond the normal scope of human rights and clash with Islamic teachings.” Sceptics like Madani think that Islam and human rights are only partially compatible.

While for instance the right to education and work are fully acceptable from a conservative Islamic point of view, certain gender rights are, according to many, “beyond the normal scope of human rights,” threatening traditional family structures, gender roles and values. While the vast majority of Muslim-majority states have ratified the UN Women’s Convention, many have formulated so-called shari’ah reservations, preserving the right to reject those parts of the convention that – in their view – contradict Islamic law.  Similarly, many believe that the right to freedom of expression should be curtailed to protect religious sentiments, whether through blasphemy laws or other legislation preventing ‘defamation of religion’.

According to the human rights sceptics, then, Islam and human rights are compatible only to the extent that human rights do not challenge Islamic law. If the two are to fully reconcile, certain rights must be adjusted, reinterpreted and if necessary cancelled – because Islamic law is, in their perspective, unchangeable and god-given.

“There is nothing in Islamic law that prevents human rights”

“There is nothing in Islamic law that prevents human rights – and if there is, it is due to misunderstandings and wrong interpretations of the law.” This is what a British imam said at a workshop on Islam and human rights. He, and many others, rejects the stark conservatism of the human rights sceptics, arguing that Islamic law can be re-interpreted in ways that are more compatible with human rights.

While Islamists’ rigid interpretations of Islamic law seem to dominate in Muslim societies today, historically we can find many examples of much more flexible, pragmatic interpretations. Just over a century ago, Islamic modernists advocated for a reform of classical Islamic jurisprudence, seeking to integrate modern (Western) values and ideas instead of starkly rejecting these, as many contemporary Islamists do. Muhammad Abduh, a leading figure in Islamic modernism, said that Muslims had to use reason to keep up with changing times, instead of relying on medieval clerics’ outdated interpretations.

The Indonesian organisation Nahdlatul Ulama (NU), one of the world’s largest Muslim organisations, is an example of this pragmatic position. NU seeks to promote (certain) women’s rights through religious fatwas. Working pragmatically through the established religious system, they, and other proponents of this position, seek to push the boundaries for how Islamic law can be interpreted, facilitating space for human rights, but without seriously challenging the religious authority of Islamic law. Islamic law is, in other words, still the supreme authority under which human rights need to be subsumed.

“The Qur’an is not a constitution”

For a smaller, but arguably growing, group of Muslims, pragmatic reforms of Islamic law are not sufficient if Islam and human rights are to be reconciled. Conflicts between the two, they argue, are not about misinterpretations of Islamic law, but about the very notion of Islamic law. “The Qur’an is not a constitution,” the Tunisian philosopher Mohamed Talbi claims. Similarly, the Egyptian legal scholar Muhammad Said al-Ashmawy argued that sharia should not be understood as legal rules, but as a set of ethical and social codes. Rather than trying to re-interpret conservative Islamic jurisprudence, these liberal Muslim thinkers reject the relevance of such jurisprudence.

Inspired by such thinking, some Muslim human rights activists argue that Islam is fully compatible with human rights – not as a legal system, but as a set of ethical and religious values that can strengthen and legitimise the legal standards of human rights. Such human rights activism is found among many Muslim feminists and women’s organisations. The international Muslim women’s movement Musawah, for instance, engages in critical, historical studies of the Qur’an and Islamic jurisprudence, demonstrating how interpretations are determined by their contexts and shaped by humans rather than god-given and definitive. A representative from Musawah says: “We try to develop a feminist knowledge in Islam, based on principles of human rights, constitutional guarantees and women’s lives today.”

Are Islam and human rights compatible?

This brief overview shows that the question of compatibility between Islam and human rights cannot be answered with a simple yes or no. Instead, one has to ask what kinds of Islam are compatible with what kinds of human rights, when, where and with whom. The different positions outlined here illustrate that Islam entails a multitude of different voices, interpretations and positions on human rights, promoted by different actors in different historical, social, cultural and political contexts.

If we want to strengthen human rights, it is crucial to include all those Muslim voices engaging in the human rights debate – the sceptics, the pragmatics and the liberal ones. The latter can challenge conventional Islamist conceptions of human rights as a Western project and contribute to theological reform. But at the same time it is important to note that such actors rarely enjoy great popular support – and as such they are not necessarily the best at anchoring human rights in local contexts. Here the pragmatics may have better luck; they often enjoy greater popular support and are able to build bridges to more conservative human rights sceptics. Finally, it is important to note the criticism coming from these human rights sceptics and opponents – not to give way to it, but to understand what and where it comes from. The criticism can be – and often is – strategic and politically motivated. But it can and does also reflect a real distance and alienation from the human rights system, growing out of normative disagreements and concrete experiences of the system’s inefficiency, double standards and even hypocrisy. This is something to be taken seriously. 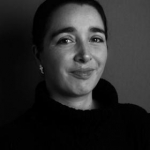 Marie Juul Petersen is senior researcher at the Danish Institute for Human Rights. 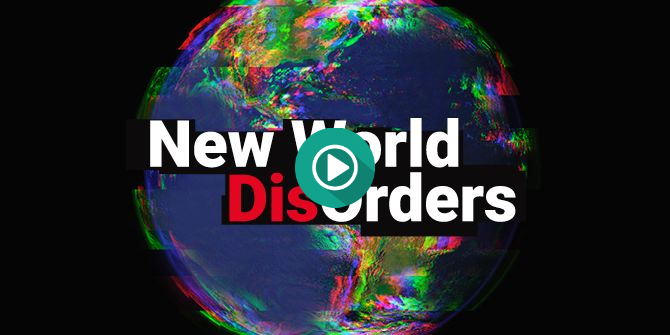 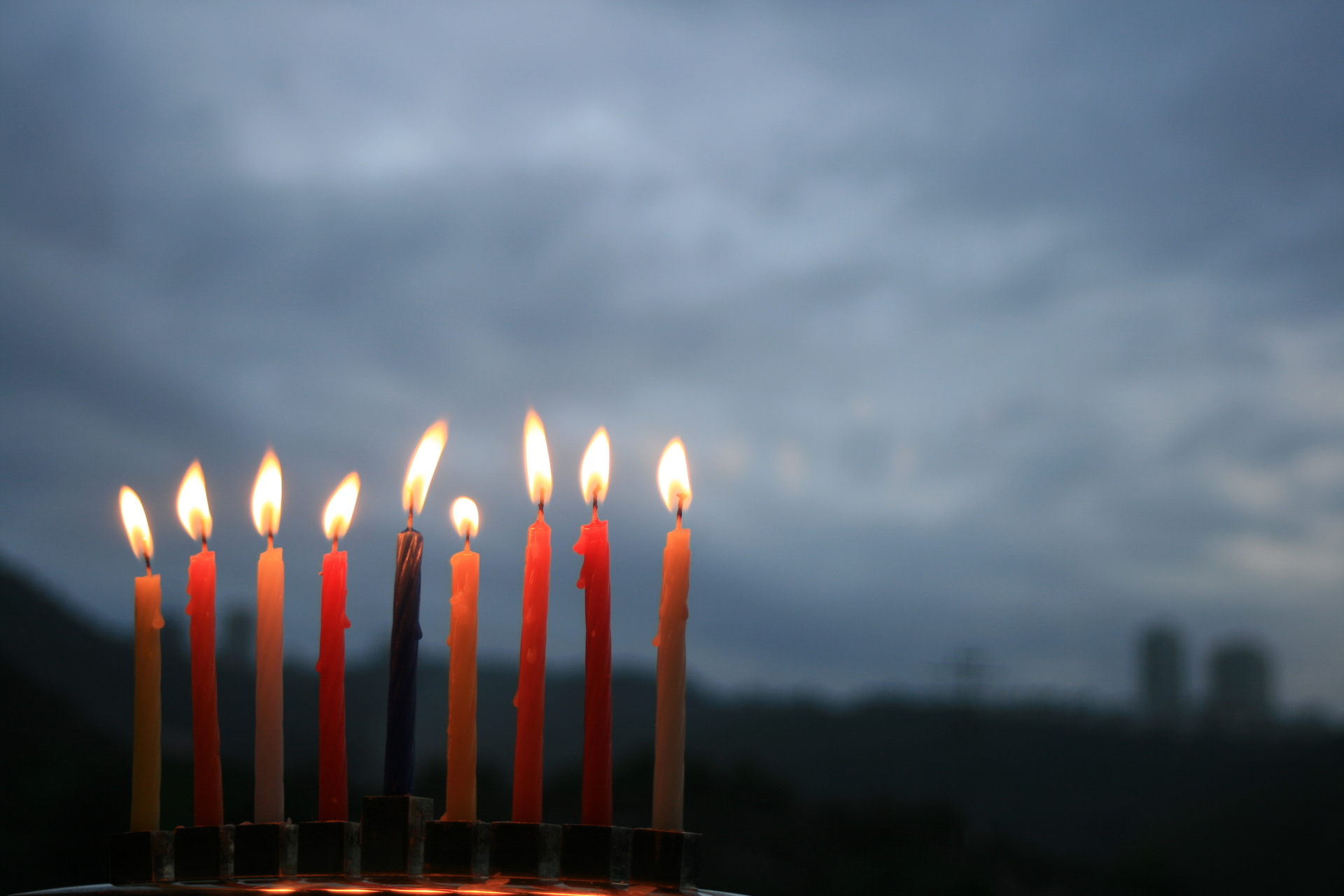