In ‘Researching Religion: Why We Need Social Science’, Steve Bruce reasserts the importance of analysing large-scale statistical data for accurately measuring levels of religiosity. He considers the various ‘believing without belonging’ arguments that sociologists have put forward, and argues that the data simply does not support such claims. He also argues that post-modern relativism has led to a decline in the popularity of social scientific study of religion. His new book, and the article below, challenges that trend.

Each of these assertions sounds plausible and might well be true. We could draw on our own experience, on biographies, or on small-scale ethnographic studies to demonstrate their validity.

They are actually false. And we can prove that with large-scale statistical data. We can identify the modal age at which people give up going to church (12 or 14 in most studies). We can demonstrate that very few people who were raised with no religion acquire one later in life. The old are not more religious because they are old; they are more religious because they belong to a generation that was religious. With very large surveys, David Voas of University College London has shown that over the last 100 years each generation was roughly half as religious as the previous one.

With the large body of data on church membership, baptism rates and church attendance that is available from the British churches, we can show that neither World War I, World War II, nor the Great Depression of the inter-war years caused any visible increase in religious activity.

The popularity of New Age spirituality can be tested by a detailed study of one place (such as Paul Heelas and Linda Woodhead’s 2001 Kendal Project) or by a very carefully constructed survey questionnaire of a large sample (which was done with the 2001 Scottish Social Attitudes survey). Both methods produced much the same result. Less than 1 per cent of the population of Kendal was engaged in yoga, meditation, aromatherapy, divination, healing and the like ‘for spiritual reasons’. A similar number was involved for the physical or psychological benefits. Such a tiny proportion of the population comes nowhere near close to compensating for the 40 per cent of the population lost by the Christian churches over the twentieth century.

The ‘believing but not belonging’ assertion can be tested using British Social Attitudes surveys. Again David Voas is the man: with data on some 60,000 people stretching back 30 years he compared what people said about their religious identities, beliefs, and behaviour. The pattern is remarkably clear: all three declined roughly in tandem.

There are many ways of studying religion and many of them require little or no social science. Expounding a religious text, for example; analysing changes in church architectural style; teasing out shifts in theology; critiquing institutional sexism; these things can be done perfectly well by arts graduates with no knowledge of social science methods. But if we want to explain why only certain sorts of people are attracted to New Age spirituality (middle-aged white women who have worked in the caring professions and jobs allied to medicine who grew up in the prosperous south of England, basically!), we need social science. Getting acquainted with a small group of New Agers in the ethnographic style of an anthropologist would be a good start but to generalise from that small sample we need data about people who are representative of the population at large. If we want to know whether religion is now more or less popular than it was in 1900 we need lots of data about lots of different expressions of religious interest: using religion for rites of passage, church membership, church attendance, sales of religious books and periodicals, audiences for religious broadcasting, stated opinions and so on.

I began my career as an ethnographer, scornful of conventional social science and rude about statistics. I only gradually converted as I repeatedly made mistakes. To explain just one, I and many others spent a good part of the 1980s arguing about why conservative churches were growing while liberal ones were declining. We debated just which features of ‘strong’ religion explained its appeal. Turned out we were wasting our time. Demographers demonstrated that the most significant difference between conservative and liberal Protestantism was not their relative appeal to the unGodly but the typical family size of existing adherents. Conservatives had more children. Even if both sides had been equally good at recruiting their own children, the liberals would have declined faster. An ethnographer who studied a conservative and a liberal church might just have spotted that (though none did!) but it took the statistical analysis of large-scale data sets to show we were not just barking up the wrong tree but barking in the wrong forest.

Sadly but understandably, the social scientific study of religion has declined in popularity at much the same rate as its subject matter. And within disciplines such as history, sociology, politics, and anthropology, various forms of post-modern relativism have eroded confidence in the possibility of value-neutral data collection and analysis. As my career turned the final corner to the home straight, I wanted to make the case that it is possible (and necessary if we want to do anything other than add another ‘voice’) to study religion as a social phenomenon by the conventional methods of ‘scientific’ social science: clear definition of what interests us, the development of effective measures, sensible analysis, hypothesis testing. In Researching Religion, I present detailed critiques of flawed work (my own as much as anyone else’s) and suggest how it can be done better. I consider how we define and measure religion, how we should think about research ethics, and the value of different sorts of social theory. The topic of conversion is used to consider how we can use the accounts people give of their actions to explain their behaviour. The final chapter takes the question of whether danger makes people religious and considers the alternative complex links between fishing and coal mining and the apparent religiosity of fisherfolk and miners.

In essence I have tried to explain everything I have learnt and wished I had said to my students over the last 40 years. It is not true that mute swans break their silence just before they die but the idea of a ‘swansong’ is an attractive one and Researching Religion is my swansong.

Note: Researching Religion: Why We Need Social Science was published by Oxford University Press in September 2018.

Steve Bruce is Professor of Sociology at the University of Aberdeen. His previous publications include Secular Beats Spiritual: The Westernization of the Easternization of the West (2017), Secularization: In Defence of an Unfashionable Theory (2013), Paisley: Religion and Politics in Northern Ireland (2007), Sociology: A Very Short Introduction (2000), and Choice and Religion: A Critique of Rational Choice Theory (1999). He is also the editor of Bryan R. Wilson’s Religion in Secular Society: Fifty Years On (2016). 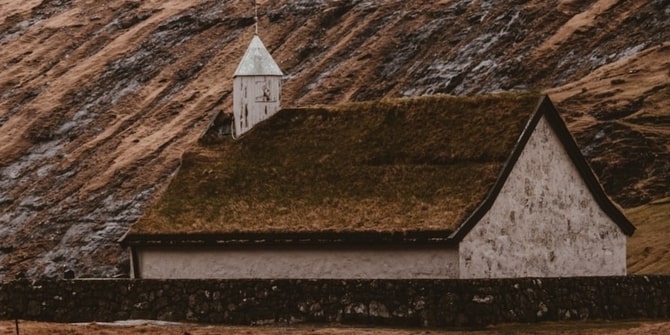 COVID—19: Christians in the Faroe Islands